The sports community is sending our deepest condolences and our firm to the family and close friends over fighter Justin Thornton’s August 20, 2021, death. 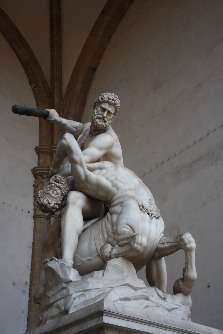 Fighters can lose their lives from matches and other factors at the hospital after a fight. He died weeks after suffering a one-hit knockout blow at the BKFC 20 (Bare Knuckle Fighting Championship 20.). Since 2019, 7 fighters have died in MMA events, with many more in unsanctioned cage fighting. In this article, our personal injury attorneys delve into how fighter Justin Thornton died and whether survivors can legally sue the deceased’s opponent in the fight game.

We cover how a decedent’s family can sue for wrongful death against fight event managers, etc. Let’s get into the meat of the story.

The fighter was immediately taken to the hospital on a stretcher and remained at the medical center for a few weeks. On September 23, 2021, Amber Willard, dating Thornton then, posted on Thornton’s Facebook account stating that he was partially paralyzed. She updated Thornton’s fans on his social media account that Justin could not breathe properly and was on ventilator support. According to her, he had a lung infection and was also on medication for his spinal injuries.

Unfortunately, the BKFC President, Dave Feldman, confirmed to MMA Fighting the passing away of Justin Thornton on October 4, 2021. The causes of the death remain unknown, with some stating that it was pneumonia. Still, on the day the news of his passing broke, BKFC President Dave Feldman and the combat sports community expressed their grief at the untimely passing of the MMA fighter during his last fight in the first round by knockout.

Dillion Cleckler, a heavy-weight MMA fighter with a professional record of 13 wins and one loss, paid his condolences to Thornton’s family after hearing the news of the fighter’s demise.

Cleckler took his grief to his social media accounts, where he posted on Instagram about how he felt after receiving the news. Cleckler was on his way to training when he found out about the passing of Thornton and was utterly devastated. He mentioned how Thornton was a warrior with an ever-ready fighting spirit and that he was always up for a good fight at any time of the day. Cleckler stated how much respect he had for Thornton and wished prayers for his family before signing off the post with “RIP Warrior.”

Following the death of Justin Thornton, the Association of Boxing Commissions and Combative Sports (ABC) medical advisory committee issued a statement asking athletic commissions to proceed with caution about bare-knuckle fighting. They stated that minimal data highlighted the risks of combat sports, including a neck compression spinal cord injury, a fighter’s death,

Dr. Michael Schwartz of the ABC medical committee mentioned that most of the fighters in bare-knuckle boxing were older athletes. These older athletes were officially released from fighting for consecutive losses and sustaining multiple injuries and were out of practice in their MMA career histories. However, they could compete in such events as a bare-knuckle fighting championship.

Dr. Schwartz expressed concerns that these older athletes competing were at a higher risk of acute and chronic head injuries. He also pointed out that despite minimum medical recommendations, some jurisdictions do not follow the minimum medical guidelines set by the ABC. Many athletic commissions do not require CT scans or MRIs before clearing a fighter to compete. This increases the medical risks for older athletes already at risk of acute and chronic injuries.

“… surprised that a tragic outcome like Thornton’s death “had not happened any sooner.”

The ABC Medical Committee urged the need for enhanced individual fighter safety screening by a board-certified neurologist prior to their bare-knuckle fights.

What Happens If an MMA Fighter Kills Their Opponent?

Specific violence is generally accepted in sanctioned MMA fights, particularly bare-knuckle boxing matches. Fighters must follow a strict set of rules and regulations for every fight. If they step outside those bounds, they expose themselves to the scrutiny of the law.

Several prosecutions have occurred in combat sports for illegal activities such as tampering with gloves, low blows, and eye gouges. However, even though there have been several deaths in combat sports, no fighters were ever prosecuted for death. This is because there were no illegal actions during the fight, and the fighter who died succumbed to injuries from the sanctioned bout.

If a party believes that rules were not followed during the fight, resulting in the injuries or death of a fighter, they can take the matter to court. If so, charges for murder and criminal battery could be levied.

The close family and other approved representatives may have the basis for filing a wrongful death lawsuit or survival action against the event vendors and the fighter who killed the victim. Damages are for lost past, present, and future income like prize money, consortium, and other things depending on the claims brought and by whom. As we learn more, we will immediately update our readers.

Injuries can occur not only in the UFC ring but also outside. If you suffered injuries from an accident that was not your fault, contact us at +(833) LETS-SUE for a free consultation with our legal experts.