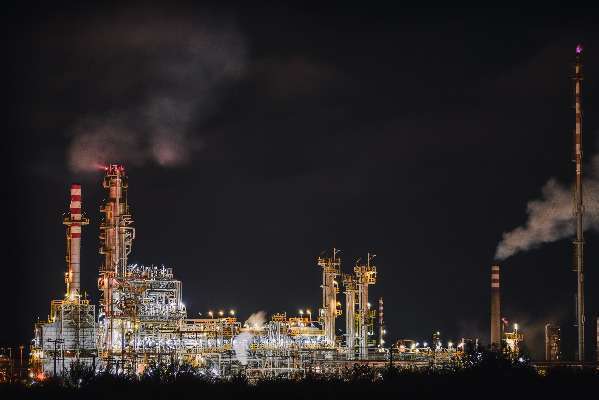 What You Should Know

Everyone is feeling the pain at the pump because fuel costs soared to $6 a gallon in many places, such as California.

Because oil companies brought in record profits while consumers dealt with the bill, lawmakers call on the executives to have transparency about surpluses and how the money is used.

Why Frank Pallone, Jr. Is Focused on Crude Oil Companies

Frank Pallone, Jr. is the Committee Chairman for the House Committee of Energy & Commerce. On August 3, it was reported that he spoke with four of the top oil companies to ask for clarity and demanded to know how those profits are used and what they’re doing to curb gas prices.

The quarterly earnings for those companies were about $50 billion, with Exxon having profits of approximately $17.9 billion, BP getting $8.45 billion, Shell having $11.47 billion, and Chevron reporting about $11.6 billion.

Frank is concerned that these oil companies’ actual costs to do business are much less than they claim. The recent quarterly profit reports show that oil refiners pocket much more than the $1 per gallon spike indicates. They don’t have California drivers’ best interests in mind, and Governor Newsom is taking action.

Governor Newsom has a bill on his desk requiring crude oil refiners to disclose their monthly profits per gallon. It passed the California Senate 29 to 8.

The bill requires these people to disclose refining profits each month, indicating the difference between the average price charged for the finished barrel of gasoline and the average cost they must pay for the barrel of oil. Each container holds 42 gallons, which will help the public learn how much price gouging happens.

Californians pay about $1.25 more per gallon than other drivers. The California Energy Commission claimed about 29 million registered vehicles in 2015. Fuel consumption equals about 48 million gallons of gas daily and 10 million in diesel and jet fuel.

California taxes only get $1.30, so the rest goes to the oil CEOs. This bill would require oil refiners to do better.

Who Supports the Bill

These organizations support the bill:

What’s This Mean for California Drivers?

The Senate bill hopes to bring much-needed transparency on oil companies’ profit margins per gallon. You know you’re paying more at the pump per gallon for gasoline, and many drivers are only making minimum wage. This puts them at a disadvantage.

Consumers deserve to know what these companies make of their pump pains. When the refiners pocket over $1 per gallon of gasoline, they’re gouging the citizens of California, and that’s not right.

However, it’s not just about drivers. California businesses also have to factor the cost of gas per gallon into their dealings. They must pay for energy, transportation of their goods, and so much more. With prices soaring, many companies inevitably end up going out of business. This will lead to fewer jobs and billions in lost revenue. It could ultimately bring the country to a halt.

Those on Your Side

With Consumer Watchdog and the Governor on the side of the average working American in California, it’s safe to say we can soon learn how much, per gallon, these companies are making. While fuel makes the world go around, many people and lawmakers focus on electric vehicles to make a difference. Fewer dollars will be used for fuel by the gallon, but that might not be the end.

While you cannot sue these oil refiners, knowing where your money is going is still important. Ehline Law Firm is here to help you. When you pay California taxes and contribute to the fund, you expect everything to go smoothly. That doesn’t always happen.

Were you hurt while pumping gas at a convenience store? Did someone crash into you after getting fuel or while driving your vehicle? You may have a personal injury case from a manufacturer, store owner, or driver.

The nation is in turmoil, with the oil market having higher costs than ever in history. Let the governor do his job and investigate the situation. If you’re hurt in an accident, we can start an investigation to determine if someone else was to blame for your issues. Ehline Law Firm is here to support you during this crazy time of inflation and uncertainty. Let us get you monetary compensation for your pain and suffering by calling (833) LETS-SUE.