Person Jumps to Death off 101 Freeway in Downtown LA 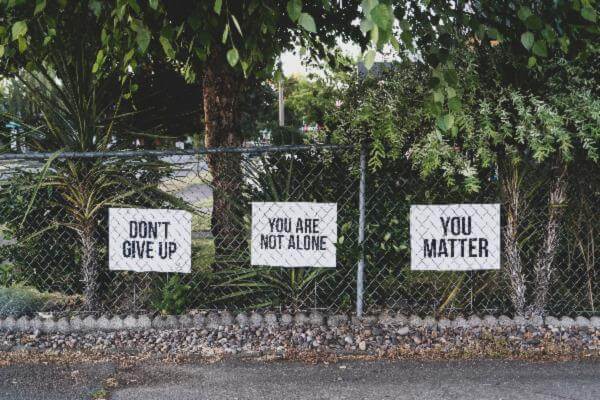 BREAKING NEWS: On August 29. 2022, at 3:50 pm in California, a person jumped to their death off the 101 freeway in downtown Los Angeles, Monday, prompting CHP to respond in force that busy morning.

I am attorney Michael Ehline. I used to work as an intern at the LA City Attorney’s Office. I also worked with the LACA as a go-between with the LAPD and the Criminal Prosecution Division at the Airport Courthouse (LaCiennega.). Think about this. You or a loved one has a suicidal man land on your car. Think further. That man lands on your car at 65 MPH, or you run that man over. What do you do? Who do you sue for a wrongful death suicide?

I was stuck in traffic and turned on the radio as the police investigated the person’s death. The facts relate that a man jumped to his death from a freeway overpass and died at North Broadway near Grand Park, on the Southbound side.

The incident closed down several lanes Monday, prompting a full closure by at least one California Highway Patrol officer patrolling the Southbound Hollywood Freeway at Broadway. At the same time, authorities and the local city news service begin to investigate the person’s death.

Let’s explore the details of the news with Ehline Law and our personal injury attorneys, pending notification of relatives. For sure, we know the person died immediately. We also know he died in downtown Los Angeles, just as Caltrans announced while the closure of the Southbound side of the 101 Freeway was in full effect.

We know it was shut down for an unknown duration as authorities investigated Los Angeles County Fire Department paramedics responded.

Do You Have Info About the Man That Fell From The Freeway Overpass and Died on the Southbound Side?

CHP, Sheriff, or LAPD Police Homicide teams must rule out an unlawful homicide. Typically, the responding team will handle jurisdiction. In this case, it’s probably the CHP. If you have information, you are encouraged by legal experts to contact the CHP 509 Special Services Division at (323) 644-9557.

However, typically the LASD will be involved, so you can also reach out to their homicide unit here or by phone at 323-890-5500. If it’s a wrongful suicide, the families may have a case against the person or persons who, if anyone, was guilty of prompting the person to experience taking their own life.

On Monday, a person Jumped From a Freeway Overpass at North Broadway near Grand Park in Downtown Los Angeles.

On Monday, August 29, 2022, a person jumped from the 101 freeway overpass at North Broadway Avenue, near Grand Park, at around 3:50 pm, prompting immediate closure. The jump resulted in the person’s death, encouraging citizens to call California Highway Patrol.

As the California highway patrol and Los Angeles Fire Department paramedics arrived, they pronounced the person dead. The patrol officer Patrick Kimball told the city news service that the incident occurred just before 3:50 pm on the Hollywood Freeway. This is how we discovered the name was withheld pending notification of relatives.

The patrol officer alerted CALTRANS to close all the lanes on the southbound Hollywood Freeway, where the person jumped. As authorities investigated the scene of the person’s death at the freeway overpass, the freeway remained closed for an unknown duration. The person’s details were withheld pending notification from surviving family members.

What is a Wrongful Death Suicide, Exactly?

When someone dies from a suicide caused by another person’s negligence, including a nursing-care home, Bootcamp, child abuse, healthcare provider, or some other wrongdoer, you may have legal rights to file a wrongful death lawsuit. In a wrongful death action arising out of the suicide of a patient, Mr. Simpson and his staff will usually deal directly with the decedent’s family members.

Here are some recent suicidal incidents reported in California:

August 29, 2022, incident where the “person jumps to death off 101 freeway in downtown LA” is one of many suicide cases occurring in California each year. According to the Golden Gate Bridge Highway and Transportation District, on average, 30 people commit suicide yearly at the Golden Bridge in San Francisco. In contrast, hundreds of suicide attempts are thwarted by citizens.

A person Jumps to Death off 101 Freeway in Downtown LA. Can You Sue for Suicide?

Yes, you can sue for a wrongful death suicide in certain situations. If you believe your loved one took their own life due to another party’s negligence, you may have a valid wrongful death lawsuit.

For example, in 2015, California lawmakers agreed on a $1 million wrongful death settlement for a girl taking her own life in Juvenile Hall Facility in 2013. The state is responsible for providing a safe environment for the youth in its custody.

According to the lawsuit, jailers failed to follow the department’s policy resulting in the young girl’s suicide. In 2013, a Florida mom sued a bully because she believed their actions resulted in her daughter taking her own life.

Get a Free Consultation From a Personal Injury Wrongful Death Expert NOW!

Did you see the aftermath when the police were called to the scene? Do you have more information about the suicide Monday, prompting a full closure of the Freeway near Santa Monica, CA?

We want to hear your local news and anything you can tell us about the person’s identification. If you believe your loved one’s suicide directly results from negligence, contact us at (213) 596-9642 for a free consultation with our legal experts.