I am attorney Michael Ehline. I am a former U.S. Marine. And I hold the distinction of being one of the few personal injury attorneys in CA who support the Second Amendment. But I support the right of a peaceable, Freeman to possess the same small arms as any public servant. And these rights are derived from Natural Law and Natural Rights, not man-made law. Before I digress let's get into the meat of the matter.

The purpose of this article is to educate people on California's new gun laws and their increasing personal injuries to innocent people. Then we will delve into how these laws increase the chance of serious personal injuries.

The New 1989 Gun Laws Leading to Present Confiscation Laws of 2016.

When I was younger, I had AKMS 47 clones, and an AR15 HBar, among others. These are center-fire, semi-automatic rifles. One looks like a Soviet style AK47, and the other looks like an M16 (Armalite 15). The difference is that these civilian versions are only capable of firing one round per trigger squeeze.  That is why they are classified as "semi-automatic."

I cannot stress enough that these look like military-style assault rifles, but they are not really military "assault rifles." I will explain more as you read on. Unfortunately, the Crips and Bloods gang members started shooting bystanders in drug crimes with these weapons back in the mid-'80s.

In any event, the Hollywood left picked up on this as an opportunity to restrict law abiding gun owner's rights. Letting no crisis go to waste, they claimed that because many of the gang banger's guns looked military they must be banned. Rather than blame crime, they blamed guns. Democrats seized upon this issue. But they did not have a super-majority to outright ban semi-automatics that looked scary to them at that time. But they later worked with other California Republican turncoats to pass the Roberti-Roos Assault Weapons Control Act of 1989.

Looking Tough Backfired on the AR15 and Any Military Looking Rifle.

Many law enforcement personnel will tell you that gangsters loved these AKMS 47 clone rifles because they looked tough. And this holds today in the same way gangsters love Pitbulls and fighting dogs. So anything threatening looking, including tattoos, is hip in that subset.

In any event, do-gooders in the California State Legislature decided that rifles that looked like "tough" military rifles needed to be illegal. So they passed a law to ban certain manufacturers from selling rifles with the "features" of a military-style rifle. In contrast to the pro-self-defense lobby, they grabbed on to their magazine capacity as the basis for banning.

The "Assault Weapons Ban" Was the First Step In Banning An Entire Class of Commonly Used Firearms Under Color of Law.

The argument was that if it is capable of holding more than ten (10) rounds, it should be illegal. But the rub was, only IF it looks like a military rifle. Of course, the smart folks knew that was only a pre text to banning all semi autos. Of course, the left laughed and claimed that wasn't true. But we knew that was a lie.

In any event, during this time I became an expert with the AR15 and AKMS 47 and mastered both before joining the Marines. By the way, they each came with "standard capacity" magazines. This capacity means that the bullet holder that goes into the rifle can hold 30 or more bullets. These bullets are also called "rounds."

Later, the California legislature changed the names of certain rifles and components to make them sound scary to uneducated voters.

So this brings us to the real purpose of the California democrat platform. The left wants an outright ban for anyone other than the government or politicians, to own or possess of a whole class of weapons. So naturally, they are using the so-called assault weapon as the first step. You see, now they know what we knew back in 1989.

The function and not the "look" of the rifle is what matters. Liberals want Australian, and UK style gun laws. So they want gun laws such as those that exist in a commonwealth we fought a bloody revolution to free ourselves from. In the UK, rifles must be bolt action, single shot. In Australia, pretty much only criminals and police own guns now.

"Magazines" and The Grandfather Clause Farce.

At the time of the passage of these new Draconian laws, there were not enough Democrats in CA to outright ban everything. So the non super-majority Democrats chose the death of a thousand cuts. Most people knew this was a scam and warned that these were the first steps towards outright confiscation. The whole point of the right to keep and bear arms is to prevent all enemies, both foreign and domestic from taking and keeping power. Notifying the very people who could eventually do that with a gun registry flies in the face of the intent of bearing arms. (aka to prevent government overreach.)

In any event, we see with the latest legislation, that our grandfathered magazines are now illegal. After all, the Democrats now have a Super-majority, and they control the California courts.

The New Bullet Button Ban and the "Features" Test

Although Colt AR15's and certain brands of AKMS 47 clones were banned, unless registered, not all similar-looking rifles were on the ban list. This problem is why the legislature came up with the silly "features" test. So if your rifle had a bayonet lug, a thumb magazine release, or a pistol grip, it was banned.

In that case, to be legal, the features had to be blocked or removed. Also, it could not have a removable magazine unless a tool had to be used to remove it. The idea was to make it near impossible for a shooter to be able to reload a rifle after firing 10 rounds, for defense or offensive reasons.

So unless they had a special tool to remove the fixed magazine, it was illegal. Otherwise, shooters had to separate the upper and lower receiver. But this risked an injury by jamming rounds into the fixed mag through the piping hot lower receiver with their fingers.

And no such tool existed for what was and is the most common rifle in the U.S., the AR15. It did not exist for any gun. Why? Because it interfered with the intended function of the gun.

The fixed magazine law also meant that shooters could no longer clear a hot, or stove-piped round. So now people faced their rifles blowing up in their faces.

But some concerned citizens realized that once the features were removed or concealed, the gun could function as it was intended safely.

Many people build and modify their own weapons, as any law-abiding Freeman should. So there are all kinds of AR15 clones, for example. Faced with the amendments regarding "featureless rifles" someone got smart.

They realized if you wrap the pistol grip with a piece of plastic, and replace the flash hider with a compensator, you could continue to drop your 30 round mags with your thumb as intended. So that is what a lot of guys do now. And that is what I do too.

The idea is that you can still use the thumb mag release.

Going After Ammunition To Further Hinder an Unalienable Right.

Few Americans even realize it was King George going after the colonist's "powder houses" that led in large part to the American Revolution. But with progressives in control of "education" from k-12 in California that should come as no surprise. I do not doubt that modern-day progressives would have been "fence riders" during the Revolution.

Why do I say this? Simple, a bloody revolution was sparked over a far off ruler telling us how and when we could own ammunition. Now, millennials are begging their leaders to take away those same rights. So the argument is that we need to control how much ammo a person has so people will feel safe.

Most of all, now we need to pay a fee, get a license, etc. A total sham. A great way to raise more money to pay pensions for people like Gavin Newsom right? In any event, we will discuss all these new laws, compliance, and workarounds later on. But I just wanted to lay a foundation for you to understand better. 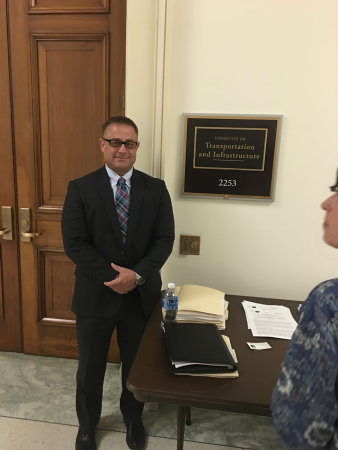 May 28, 2020
How is the Federal Government Stopping Unconstitutional COVID Orders?
Related Post

Jun 2, 2020
What is the Difference Between a Protest and a Riot?
Related Post

Jun 20, 2020
Firearms Open Carry Laws in California
Our Los Angeles personal injury attorneys are are available 24/7 to serve seriously injured victims. We have over 15 convenient, local meeting places to serve you and your loved ones. Do you need to schedule an appointment for legal advice in a city near you?