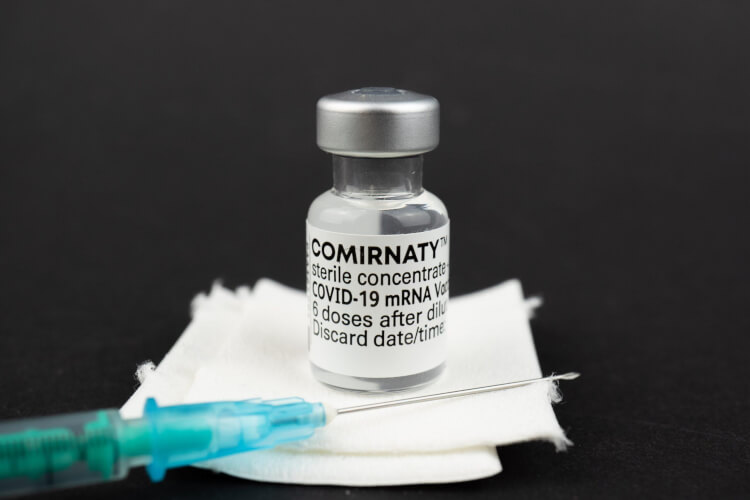 Ultimate Guide to Understanding The Prior Convicted Felon Drugmaker

Before signing up for her Covid-19 vaccine shot, Maddie de Garay was a healthy individual. However, after taking the vaccine, she suffered a severe systemic adverse reaction that changed her life forever.

There have been many misleading claims about Covid-19 vaccines debunked by CDC. However, Maddie’s case is troubling for the entire nation as it exposes the workings of big pharmaceutical companies and regulatory bodies. Let’s look at the details of this story with Ehline Law and our personal injury attorneys.

Stephanie de Garay, a parent of three, allowed her daughters to sign up for the Pfizer Covid-19 vaccine shot as the family would financially benefit from taking the “life-saving” vaccine shot as each visit would pay her $119.

Maddie received her first dose of the Pfizer vaccine on December 30, 2020.

After receiving the second dose of the clinical trial shot, the once-healthy Maddie de Garay suffered a severe systemic adverse reaction. The doctors on the first visit to the ER stated that she was probably suffering from the vaccine’s side effects and that it would get better over the next couple of days.

As Maddie’s symptoms progressed, Stephanie noted all the details in her notebook. However, things soon headed for worse as Maddie’s health deteriorated. Stephanie took Maddie to the ER three times in one week before finally getting her admitted on her third visit on January 23, 2021.

Instead of medical testing and consultations with medical specialists, the hospital referred Maddie to psychologists as they believed that Maddie’s symptoms arose from her anxiety.

Maddie’s symptoms started worsening, and she developed new symptoms, causing her pain and suffering. Soon, she stopped eating and could not continue with her daily routine.

Stephanie retook Maddie to Cincinnati Children’s Hospital (CCH), where Dr. Amal Assa’ad diagnosed her with a functional neurological disorder, stating that her symptoms weren’t the result of the shots.

Assa’ad, in his notes, advised against a further investigation into the matter as it could drive the patient to think that her symptoms have something to do with the vaccine, delaying the necessary psychological intervention she needs.

No Support from Medical Professionals and Pfizer for Maddie

Frenck, director Vaccine Research Center at CCH, was responsible for ensuring and monitoring the trial participant’s safety and any adverse reactions arising from the vaccine. Disappointingly, he did not offer any help to Maddie despite her health condition becoming worse.

Maddie fainted on February 19, 2021, and started to exhibit memory problems. Medical professionals blamed it on a rubber allergy and hooked her up to an IV. While at the hospital, Maddie woke up during an MRI and fell. Since then, the young girl has been unable to walk.

Pfizer Refused to Pay for Bills Arising, and Federal Drug Administration Does Nothing

When signing up for the vaccine trials, the family assumed that Pfizer would take care of any adverse conditions. However, they refused to pay for Maddie’s medical bills and treatments, stating that the expenses were not research-related.

For 1.5 months at the hospital, the doctors treated Maddie’s symptoms as a psychological issue, not a physical one. After Maddie showed no progress, the medical doctors moved her to a mental institution but looking at the conditions at the facility, Maddie’s parents moved her back home.

Pfizer disclosed Maddie’s case to the Federal Drug Administration (FDA) as generalized neuralgia and said she was suffering from functional abdominal pain. Many doctors refused to take the case and provide a proper diagnosis because they feared risking their careers.

After a year and a half, with the help of the Informed Consent Action Network (ICAN) and React19, a nonprofit that offers support for those suffering from long-term COVID-19 shot adverse events, they found doctors willing to conduct the proper tests, who diagnosed several health conditions arising from the Covid-19 vaccination.

The US District Court of Texas ordered FDA to release documents of clinical trials of the Covid-19 shots after getting sued by attorneys at Siri & Glimstad. The documents revealed Pfizer classifying adverse events as non-related to the vaccine.

Some of the instances from clinical studies where Pfizer classified injuries and deaths as not-related include:

In their released document, Pfizer indicated that any cases classified as toxicity level 4 are unrelated to the vaccination.

Maddie’s parents finally found some respite after reaching out to ICAN legal team about their case in August 2021, who decided to get involved. The attorneys wrote a letter to FDA with supporting medical documents stating how Pfizer ignored Maddie after she suffered from a serious adverse event. The FDA did not take any action despite the eye-opening letter. A 2021 Pfizer report showed that their vaccine efficacy for children between 12 to 15 years old is 100%.

Maddie’s case continues. Sadly, despite the safety data continuously mentioned by the companies and FDA, she is one of many suffering injuries or even death after taking Covid-19 shots. Health officials are discrediting these cases and are doing nothing about it. Pfizer states on their website to contact FDA and the Centers for Disease Control and Prevention for adverse events. In the case of Maddie and many others, even after reporting adverse events, there was no action taken by the regulatory authorities.

Pfizer is now prepared to manufacture the new Covid vaccine booster dose for vaccinated people without adequately studying the vaccine’s effectiveness or collecting sufficient efficacy data. They haven’t even conducted a human clinical trial for the new booster they will be supplying health care providers.

Can You Sue Vaccine Manufacturers for Injuries?

Companies like Pfizer and other vaccine manufacturers enjoy immunity, whether it is pressure from the Biden administration or sheer negligence. Unlike other companies, you cannot sue vaccine manufacturers for injuries or healthcare providers for vaccinating the public. However, there are different ways our attorneys can help recover the compensation you deserve. In the case of Maddie, the attorneys could hold the hospital responsible for misdiagnosing her condition, which resulted in further injuries to her.

If you’re experiencing an adverse event following your Covid-19 vaccine, you may recover some benefits through the Countermeasures Injury Compensation Program. Contact us at (833) LETS-SUE for a free consultation on your case.