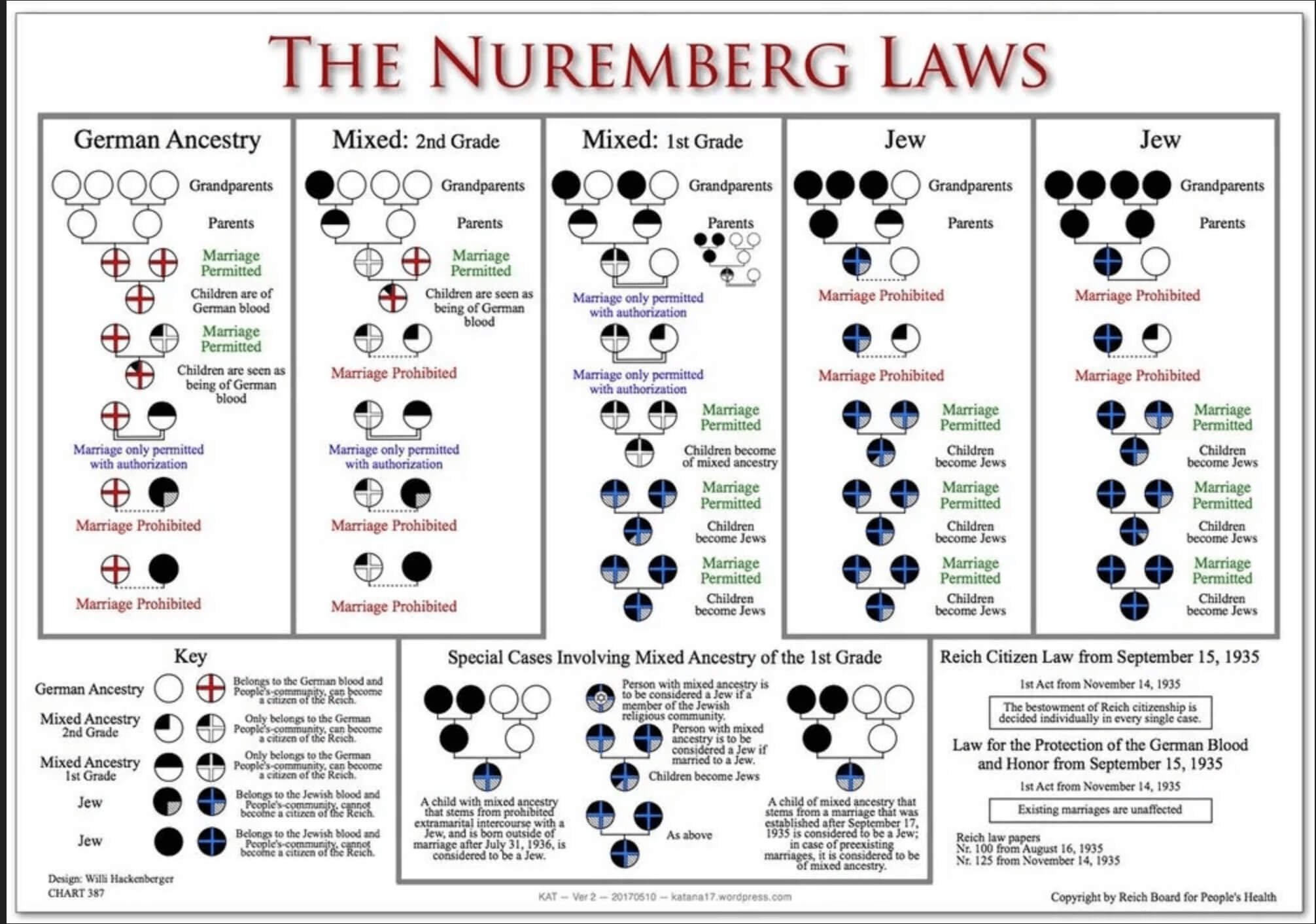 Society is changing before our very eyes. Calls for significant changes due to alleged historical injustices are growing. And the calls for self-segregation and violence are becoming more radical. Ordinary people and politicians would do well to heed the past lessons and the effect of former efforts of segregation and discrimination. We're not looking at reverse discrimination. We are looking at discrimination for its own sake. And with the calls for major change growing, don't be surprised if they only mount, especially after the last election. Trump had banned Critical Race Theory as "racist," and since "Orange Man bad," President Biden immediately unleashed this policy back into our schools and workplaces.

Saying all white people are racist and oppressors because less than 1% of white Americans owned slaves 300 years ago is no different than saying all democrats support the KKK since the democrat party started the KKK.

A Rising Tide Of The New Segregation.

Are we returning to the days before 1964, but this time with segregation against whites allowed? In many ways, we already see this on an everyday level. And it will only grow over time. For example, in Georgia, a handful of black families are coming together to build a "safe space" for black people. The effort involves the purchase of 90 acres for a seemingly black-only community. While the families state that people of all races are welcome, this reminds me of segregation's adages. All races could take part. However, one race had different facilities and was treated differently by the powers that be. Now the media, colleges, and government treat one race as a "protected class," taught by the state to believe they are oppressed victims from birth.

In some ways, self-segregation is a complex legal issue. However, to create a town based on race before the Obama admin was considered archaic. Furthermore, it undermines many of the original civil rights goals of an integrated society in many ways. Our laws are no longer race-neutral, at least at the federal level, with anti-white, racist, "Critical Race Theory" being forced upon federal employees and federally subsidized colleges. The media's politically driven, changing attitudes to make minorities accept segregation against white people is not acceptable. And we see "political" prosecutors charging self-defense cases as murder in a national push to abolish the Second Amendment, as well as to defund the police simultaneously.

There are plenty of examples from both sides of the Atlantic about the role of race in society. This is especially the case since the end of the Civil War. However, it is evident in every case that racial separation is terrible-- and segregation as an instrument is worse. However, the recent Woke mobs in our city are saying otherwise. We have cases of colleges not allowing white students into cafes.

The University of Michigan Dearborn attempted to segregate students based on their race. Their justification was so-called social justice. Instead, it appears that they took a page right out of Bull Connor's playbook.

"These virtual cafes were intended to provide members of our campus community with opportunities to reflect on their lived experiences. However, the framing, presentation, purpose, including intended outcomes, was poorly conceived and executed," the chancellor wrote in a letter. Self-righteous administrators asserted their virtual cafe was for people of color to gather and discuss their experiences. In contrast, the other was meant for "non-people of color." The latter received backlash, as many criticized the idea of hosting a space for only White people to discuss race without the presence of any people of color.

One of the critical issues discussed recently is whether or not the nation needs to give descendants of slaves reparations. California is discussing that possibility right now. The state legislature passed a bill that would authorize several efforts tied to reparations.

Assembly Bill 3121 made it through the state's legislative branch, and now Governor Gavin Newsom has to decide whether to sign it or not. This bill would create a nine-person task force to study different proposals for CA's two million-plus black population to receive reparations. However, according to Duke's Professor William Darity, these measures are headed in the wrong direction.

“I have a sense of proprietariness about the use of the term reparations because I think people should not be given the impression that the kinds of steps that are taken at the state or local level actually constitute comprehensive or true reparations plan,” Darity Jr. said in an interview. "Whatever California does perhaps could be called atonement, or it could be called a correction for past actions.”

Unfortunately for Professor Darity and many others, the criticism is that the reparations measures wouldn't be enough. It will never be enough. We are heading down a very slippery slope.  Many people will be forced to pay damages over their skin color rather than their parents' or even their grandparents' direct actions. They would then funnel this money through the government to pay others based on the color of their skin, independent of the activities of themselves, parents, or even grandparents. And once you give a mouse a cookie, things don't entirely end there.

What Happened In the 1930s - The Racial Purity Laws - Privileged Jews Need Not Apply?

Furthermore, official discrimination at the state and college level may lead to some terrible places. These include the possibility of major changes to our laws and practices. We saw dramatic changes in Germany against a legal minority, the 1 to 2% of the Jewish population. As scapegoats, the National Socialists, or Nazis, constructed several anti-Jewish measures. Jews had more wealth and prosperity, were far more highly educated than the blue-collar classes, and had been in European banking, partnered with Knights Templar.

Jews worked hard, were highly intelligent, and concentrated wealth. Although there are more white people in the U.S., Asian Americans and Jews hold more wealth on a per capita basis, do better in schools, and maintain two-parent families. However, the new race laws will specifically target people of the European race, attempting to make them feel guilty for "oppressing" black people. This non-sense all sounds eerily similar to what the Nazis did to the Jew.

After taking power in 1933, the Nazis did not simply start the Holocaust. Instead, they used several slower methods to separate Jews from German society. Anti-Jewish laws, at first, had exceptions. Some were for Jewish veterans of the First World War. However, these all had the same goals. Jews were removed from government posts. Good luck getting a promotion at a federal job when your HR is instructed to tell you to be "less white" under "federal law." Restricted in the positions they could take, Jews slowly began losing their wealth to the Nazi mob. The Nuremberg Laws set up a racial hierarchy. 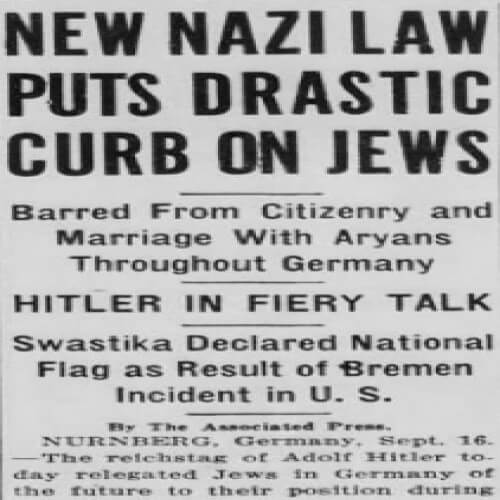 Marriage between Jews and non-Jews was not allowed. (Incidentally, when white people marry outside their race, college professors instruct their students that this is a form of white "slavery," or "cultural appropriation") The Nazis continued their anti-Jewish measures, often one instrument at a time. By 1938, the Nazi Party supported a pogrom against its Jewish countrymen, Kristallnacht, or the Night of Broken Glass. Jews in large numbers were sent to concentration camps. After the events that killed hundreds of Jews and caused thousands more to flee, the Nazis banned Jews from owning guns or ammunition. By 1939 many European Jews were forced into ghettos. By 1941 the Holocaust began in earnest.

Where We Head From Here?

We are not at the Holocaust. Far from it. However, people's division based on their race or ethnicity tends to head in the same direction. Mobs attacking people due to their beliefs or race already roam the streets. We see near-nightly riots in some parts of the country. We see terrified motorists being forced to choose between running over a BLM protester threatening them on the freeway or staying alive. The crime of having white skin is like seeing history repeat itself. Furthermore, since Democrats won big in November, don't be surprised if "anti-racist" rhetoric is often used for more outlandish purposes. Don't think it's a mistake that Millennials are unaware that six million-plus Jews were murdered using the same tactics as Critical Race Theory theologians.

"Nearly two-thirds of US young adults unaware 6m Jews killed in the Holocaust."

"According to survey of adults 18-39, 23% said they believed the Holocaust was a myth, had been exaggerated or they weren’t sure" (https://www.theguardian.com/world/2020/sep/16/holocaust-us-adults-study)

Also, these changes are happening at a pretty swift pace. Even Jewish comedian Bill Maher has "woke" himself from the disaster of teaching certain racial groups they are victims of the evil, white oppressor.

"Bill Maher wants people to stop apologizing because mobs tell them to" See the Video.

Discrimination based on race is always wrong. Wrong for individuals. Unfit for the government. The idea of state governments-- or God forbid DC promulgating these changes would be a moral and legal disaster, setting back our racial healing history maybe 10, 20, 40, or 50 years depending on where we are headed.

The actions of states like California or that of college campuses are likely the bellwether for what the next several decades will look like. Regardless, I am not thrilled with the prospect and will keep writing on the subject, especially as more events unfold.

Optimism That We Will Be One Nation Again?

I know we as Americans are better than that. I also hope people of all races reject these new measures. This goes double for those in state politics. We should know better by now. This too is a significant test for us. A quiz is about to occur over our very soul as a country. Do we believe in racial division? Or do we accept the Orwellian policies being taught in many federally, U.S taxpayer-subsidized U.S. colleges are true?

I thought we threw that off decades ago. I also believe in the unity of our human race, together as one, not divided into pieces. Caring for one another. Believing in ourselves and our police and backing our past civil rights laws and believing in our history's civil rights triumphs.

There is still much work to be done. I see it. But together, we reach that goal. Even if it seems complicated now. Still, there is much work left. The process is not fast. Nor is it easy. But it is one we can get through together. I know that we can. 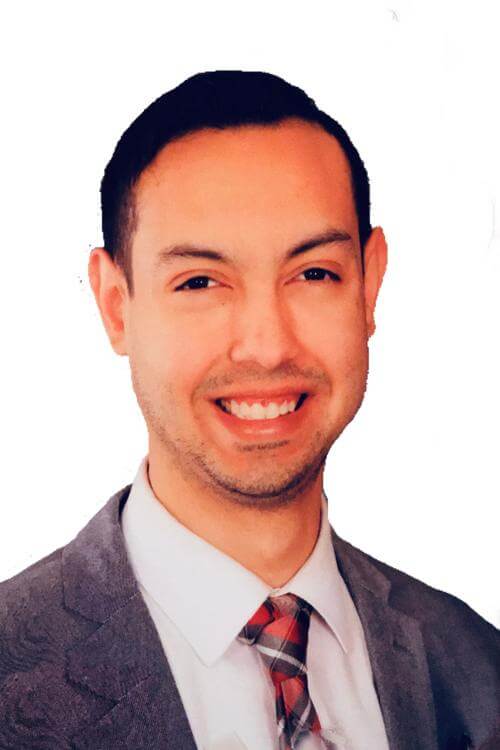 Mar 18, 2021
Learn The Secrets Of Legally Filming Police While Avoiding Injuries Or Arrest
Our Los Angeles personal injury attorneys are are available 24/7 to serve seriously injured victims. We have over 15 convenient, local meeting places to serve you and your loved ones. Do you need to schedule an appointment for legal advice in a city near you?