As part of our research, we uncovered some interesting evidence that the ABA push for standardized law schools either directly or indirectly prevented blacks from becoming lawyers. Let’s look at the racist history of the American Bar Associated as it relates to Law Office Study and traditional law reader-type programs.

Modernly, some older ABA members assert the ABA’s “experience-based” dues are age discriminatory. They argue the ABA punishes success by making elders pay higher dues because they have been in practice longer.

These elderly victims argue these discriminatory rates have zero economic justification since the median new lawyer starting pay in 2019 was $155,000 per annum. The ABA’s own Model Rule 8.4(g) clearly bars age discrimination as professional misconduct for practicing lawyers. Using William’s arguments, since these are mainly, probably white males, they should pay more as a form of reparations, for which they can never be forgiven, right?

As we already know, until the middle 1800s, pupils generally learned law using a combination of independent study and apprenticeship. We already know the ABA doesn’t like competition in legal education. But when the ABA called for a “national, uniform code of ethics,” that was a good thing, in my opinion. But their pressure on the states to make it harder for the poor to practice law is palpable.

For example, as recently as 2015, Wyoming ended its version of the law office study program:

ABA’s old ethics seem far away from mine. In 1912, three black lawyers “accidentally” received memberships into the ABA. After a lot of hooplas, they got to keep their bar memberships. In response, the ABA amended their application, seeking racial proof of applicants and their genders. It was not until 1943 that the ABA declared these factors moot. (Geraldine R. Segal, Blacks in the Law: Philadelphia and the Nation (1983) 118, 17-18).

Since then, the ABA has pushed states to abolish their clerkships and law study programs. Furthermore, the ABA has a stranglehold over state judges by FIAT, having taken away a court’s right to examine bar competency themselves.

Now, if you didn’t attend an ABA-accredited school, you would not be waived into another state’s bar either. Wow! The National Conference of Bar Examiners (NCBE) makes up most component student testing examinations. 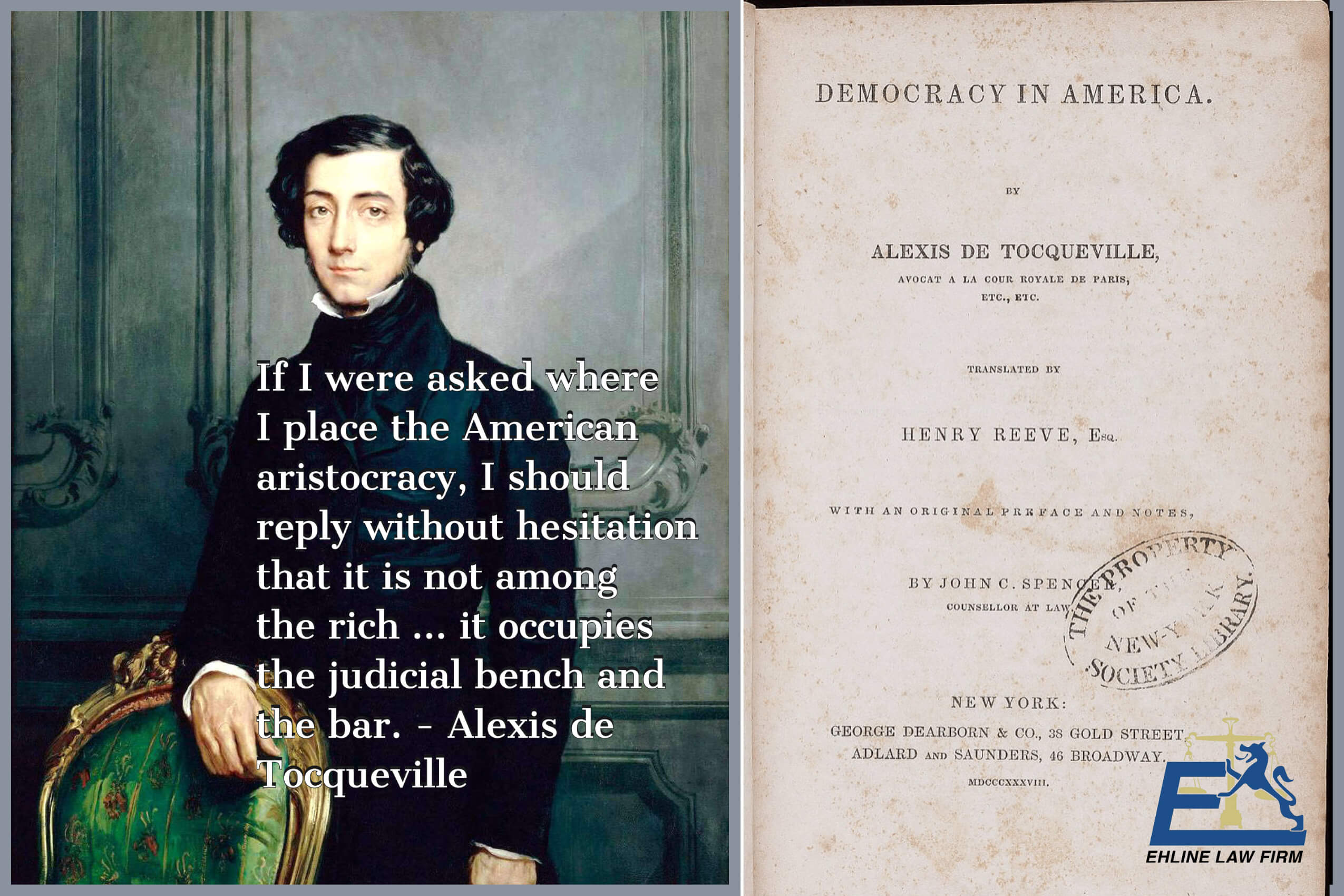 But the civil law territories of Louisiana and Puerto Rico use their own Roman civil law tests. Modernly, ABA students spend a ton of money, attend classes, and take BARBRI, PMBR, and other courses to learn how to study for and pass their bar exam. Few people are in a law study program, and fewer will pass the bar exam.

At least one white lawyer argues modernly that since blacks have lower law Student Aptitude test scores (LSAT) and score lower on the bar exam, the test itself is racist. (Source). Modern law students and professors pushing such an argument seem to have confused the American Bar Association’s (ABA) long-gone past with the actual, modern state “Bar Exam” test, two distinct entities. Jews and Asians score higher than white people on both exams.

ALLEGATION: “There is no indication there were more shady lawyers preying upon innocent citizens before standardized bar exams, even though colonial-era lawyers did not have to receive law school training before practice.

Reply: It would be impossible to know for sure anything Williams says has merit, as her opinions remain unsupported by meritorious evidence. (Emotions don’t equate with facts)

A candidate’s original bar exam was usually oral, and their

“… commitment to social justice, cultural competency, a sense of fairness or equity, or any number of traits that range from useful to integral to success in the law, a service industry” was determined by character witnesses, usually a supervising attorney. Sometimes a fellow lawyer they studied under or opposing counsel on a case would testify to good character.

Legal Apprentices Did Not Receive Pay

ARGUMENT: “As with apprenticeships before bar examinations became standardized, applicants would be able to begin working for pay while learning real skills needed for their work.” [Emphasis].

Reply: Willams equates historic law study reading with “working” ( the student will “begin working for pay“). Again, law apprentices never received payment to learn a skill. Apprentices and their families paid the lawyers or a grandmaster to teach the law. Back then, anyone, including apprentices, could work for pay by finding a part-time job.

ARGUMENT: “If states abolish their bar exam, however, they can cast off a racist history that intentionally leaves out the diverse legal professionals they claim to want to draw in.”

Reply Objection. Lacks foundation. Objection. Argumentative. Objection. Hearsay. Objection. Assumes facts, not in evidence. No evidence exists the bar exam is racist that we could locate.

Selective Outrage Is Not A Valid Basis For Canceling Tests

Selective outrage has become popular on our college campuses. Here are a few examples.

Written exams are hard, and I agree that apprenticeship programs should come back. Helping black people receive the lower education they need to pass the exam, as with all students, will require a motivated, dedicated teacher.

At Least One African Chief Blames Tribalism For Non-Merit Based Outcomes, Encouraging A MERIT-BASED System

In modern united Africa, pundit chiefs argue against abolishing the merit-based systems advocated AGAINST by William’s piece, stating the only fair system is a “merit-based” system. (“As a rule, ethnic or tribal affiliations should play no part in filling civil‐service posts in any country. The only workable basis of selection is individual merit.“). (Source – N.Y. Times, African Chief Explains Tribalism). I would venture to say that far fewer legal malpractice claims would arise if students had a master who “made that mistake before.” If anything, creating ABA-accredited law schools, treating law as an academic course rather than a profession, has kept minorities and poor people out of more affordable apprenticeships leading to a non-cookie cutter education while allowing for non-group thinking.

Under the ABA System, Abe Lincoln Would Have Never Been A Lawyer??

True. U.S. president, Abe Lincoln, would have never been a lawyer under our current ABA (He would only be eligible under the California LOSP system). This is because Abe’s family was destitute. In fact, Abe would have been ineligible under the English Inns system unless he was sponsored by someone or adopted by the gentry, perhaps.

Past ABA Presidents Who “Read” Law