It’s no secret that Toyota has had plans of venturing into electric vehicles as the manufacturer has alluded to this before. However, vehicle safety is a primary concern as it releases new electric car options with a new type of car accident concern. 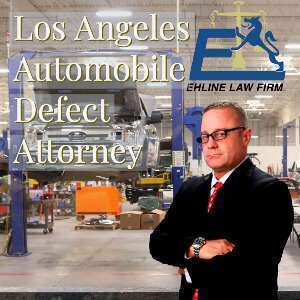 Toyota and the Electric Car With Wheels that Flop Off!?

Oops, Toyota Blew It? The major manufacturer has had to issue a massive recall of its new electric BZ4X SUV line after the discovery of an experience-breaking problem that presents a high level of safety risk for all owners.

“…the bolts on the wheel loosen to the point where it can literally fall off.”

This comes on the heels of thousands of recalls over the past two years. General Motors, for example, recalled 142,000 defective automobiles because of the potential for car fires to occur, risking safety. Traditional auto giants are all focused on electric motors in their vehicles, but all of them, including brands like General Motors and Toyota, are having issues as they release these all electric vehicle options to customers.

So, why has Toyota had to recall its SUVs, and what’s the extent? Well, the recall is a global one meaning the entire supply of its initial 2,700 is affected.

Put simply, even at low mileage, there’s a real danger that a wheel detaches during operation, which presents significant problems, including loss of vehicle control, and may cause serious injury and death as a tire rolling down the road can cause accidents. You read that right — the bolts on the wheel loosen to the point where it can literally fall off. This, of course, means the driver can easily lose control increasing the risk of a crash. According to a June 23 posting on the Toyota website, the hub bolts start to become loose after low mileage use, causing the vehicle to get to a point where the wheel detaches, and it can quite literally detach from the vehicle.

Currently, the auto giant is not aware if there are specific driving patterns that lead to the loosening. In any event, owners of the electric car are advised not to drive them until Toyota can figure out how to stop the hub bolts from getting to a point where the wheel can detach from the vehicle. It could end up costing billions, which is not something Toyota planned on.

For the last two years, market data shows that Toyota has been sitting at the top of the table as the world’s largest carmaker. Volkswagen sits behind it in second place. The difference between the two, however, is that venturing into the electric vehicle space happened at significantly different paces for both companies.

Volkswagen has put a tremendous focus on producing all-electric models, which would have yielded more comprehensive developments. Toyota, on the other hand, stuck with its traditional fuel-based designs, as well as the hybrid variations that combine a standard engine combusting design with battery power, providing drivers with the best of both worlds.

While it doesn’t represent a complete cut in carbon dioxide emissions, it at least helps to slow the progress of making the environmental problem worse, but now it’s time to raise alarm bells due to the possibility that a tire can loosen to the point where it detaches from the vehicle.

Toyota is not the only company affected by this issue of tire rolling after it detaches from the vehicle, though its situation is most certainly on the more high-profile side of the spectrum. Subaru, in its electric vehicle pursuits, developed the Solterra electric vehicle jointly with Toyota. In light of the events that have unfolded, these models have also been recalled.

However, the situation here is a bit different. None of the Solterra vehicles had yet made it to the American consumer market. Therefore, a similar kind of recall was not warranted. This statement comes from Subaru spokesperson Jessica Tullman who spoke publicly on the matter. Most importantly, Toyota has advised its buyers who have already procured one of the vehicles to stop driving them immediately. For reference, the vehicle’s starting price sits at quite an impressive $43,215.

The manufacturer has assured stakeholders, including the drivers, that the underlying variables are being investigated for cars with more than low mileage use. It hopes to definitively ascertain the factors involved, so it can act as deemed necessary, without costing billions to these industrial companies, with zero or limited injuries.

With the knowledge that Toyota’s new electric car is failing, then what are investors doing? Stakeholders were likely looking forward to a comprehensive statement that lays out a plan of action, indicating how the matter will be resolved. Unfortunately, there is still great uncertainty around the phenomenon. Put simply, Toyota is not yet sure of how to approach fixing the issue, though the pressure is on the company to do so.

Nevertheless, this doesn’t mean that BZ4X recently unveiled to disappointed owners will be unable to move around for the foreseeable future. Instead, Toyota has committed that its dealers will now arrange to pick up the customers’ BZ4X models to take them in for a remedy to be discovered and applied. In the meantime, those affected who drive these vehicles will receive free loaner vehicles to use. Note that of the 2,700 made, only a small portion have been delivered into the hands of consumers so far, so there are few battery electric vehicles provided that might result in a loss.

Investors, especially having noted the moves made by competitors, have levied criticisms at Toyota, which did not have its focus on the EV market the way it does now. This has led to an increased level of pressure to deliver, which makes this occurrence with its first mainstream fully electric model a huge blow to the strategy.

In its defense, the company has reminded all parties that there is still a necessity to ensure that powertrain variety is available considering the different markets being served. For example, the gasoline-electric hybrid models currently on offer have been and continue to be way more popular than full EVs in the Japanese market.

They can even tread through about 500mm of water, with impressive traction on slippery surfaces. The latter accounted for only 1% based on last year’s industry data.

Last December, Akio Toyoda, the company’s president, indicated that by 2030, there will be around 30 BEV models rolled out. The extent to which this situation alters these plans remains to be seen, but it will largely depend on the ability to pinpoint and address the challenge adequately.

Focus on Investment in EV Development

Though the company has been slow in the adoption of electric vehicles, Toyoda did also indicate that $35 billion would be allocated to the development of its own EVs. Alongside simply getting into this market, the level of investment and aggressive development is also aimed at closing the gap between Toyota and its competitors in the electric SUV and car market, including any Tesla model that is standing in its way.

However, this will be easier said than done as many of these competitors have been consistently improving in the electric space. A part of the concern from a business perspective is that some of the world’s key automotive markets are characterized by an interest in these kinds of vehicles.

Much of this comes from the sheer simplicity of dealing with electric cars when compared to their traditional counterparts. After all, they are a lot more mechanically basic. Theoretically, this should mean fewer visits to the mechanic throughout their lifetime.

Why the Recall Could Have Been Much Worse

If this story were characterized by road fatalities of those who owned the vehicles, then what would happen? Thankfully, this is not the case. The low number of consumers who received their vehicles is a huge contributing factor to the lack of fatalities. So far, there do not seem to be any documented injuries.

Another concern is how early in the development cycle the company had to recall vehicles and the extent to which this could affect the confidence of the consumer market going forward. While this is a legitimate concern, the site of the problem creates a level of reprieve for the manufacturer.

Technically speaking, even considering the automotive giant does not yet completely understand the problem at hand, it is known to be a wheel challenge. While this is bad news on one end, it also means that the car’s electric powertrain is not at fault. That’s not to say that the powertrain is in perfect condition. However, if such a core component was identified at the center of the issue, it would raise a series of questions about the manufacturer’s capability to venture into this market.

Unfortunately, this is not the manufacturer’s only recall this year. In a separate incident, 46,000 2022 Tundra pickup trucks had to be recalled. That’s because the rear axle assembly nuts can loosen.

In serious cases, this could lead to a full axle sub-assembly disconnect. Should this happen, the truck’s braking and stability capabilities become adversely affected. The company ensured to point out that the issues affecting both lines of vehicles are completely unrelated. Thankfully, the plan of action to address the Tundra matter makes this recall much different, as there is a fix. The dealers will inspect the vehicles and retighten the nuts properly.

During the process, they may identify that other parts need to be replaced to fully address the problem. If this is the case, the said parts will be replaced at no cost to the owners. Like the recalled EVs, Tundra owners are advised to stop driving their trucks immediately until the matter has been addressed by a dealer.

There’s no doubt that the electric auto market has been and will likely continue to grow at a rapid rate, especially with competitors such as Tesla electric vehicles on the market. Known for making the first electric cars, at least the first for mass market electric cars, other manufacturers, including Toyota, have focused less on gas powered vehicles and more on the electric car and hybrid vehicles.

This means there is a tremendous amount of catching up that must be done. Unfortunately, the BZ4X recall creates a bit of a roadblock, especially considering that the underlying cause of the problem remains unknown.

Were You Injured in a BZ4X Accident?

Ehline Law Firm is here to help those injured because of the EVs design. If you or your family members were injured after one or more wheels fell off your BZ4X or electric car, reach out for a free consultation by calling (833) LETS-SUE today!