The Surprising Link Between Sugary Drinks and Heart Disease: A Legal View 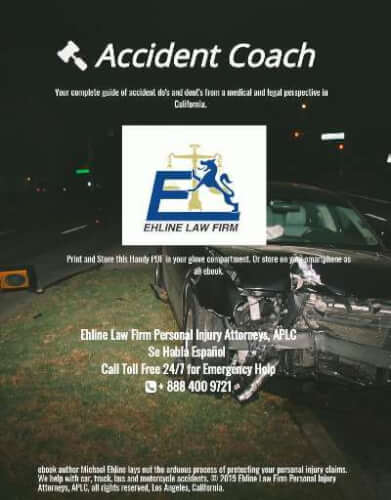 We recently did a piece on energy drinks and their brain injury health risks to kids and military personnel here. This is a follow-up delving into recent research exposing something many people were aware of but had little direct proof of. Sugary drinks, like sugar and other products, represent a particular health risk to women. In addition to health risks represented by other types of food and drink, this adds another layer of a need for awareness among the general public. Unfortunately, this latest news should not surprise anyone familiar with how large food processors work.

Large corporate food distributors frequently pad their products with a variety of harmful and not-as-harmful effects. Some cases include ingredients to increase weight, such as water. In other cases, it may include using dyes or gases to create or preserve a specific color; this is especially common among butchers.

Lying About Sugary Drinks To Consumers – Not Okay!

However, some companies decide to stretch their foods with certain ingredients meant to get the eater addicted and coming back from war. In these cases, many companies add sugar, fat, or salt to their products. Each of these added, in addition to the natural state of the product, makes it more likely to cause health problems down the line. You may ask yourself why this matters. After all, such products are not nearly as dangerous as the additives included in products such as cigarettes.

In particular, these additives often include cancer-causing materials or additional nicotine. The dangers of such additives here are simple for anyone to see. That is why they are of so much focus both in the media and in the national consciousness. That is where the public does not include the same Focus as it should on food safety. In many ways, food safety is far more than it was perhaps fifty or a hundred years ago. However, in many ways, food safety and health hazards are significantly different t than they were even two decades ago.

To properly understand this, we must first include several major statistics for us to consider. We tend to think of smoking because of the severe issues caused by the practice. However, this only paints a portion of the story. Below we will list several significant health hazards caused by various causes.

Let’s tie in one that does include smoking and more common food and exercise habits. Almost 650,000 Americans die of heart disease every year. This number is surprising all on its own but also from the fact that this is the number of people killed in the entire Civil War. Heart disease represents one out of every four deaths in this country annually.

The new study shows an incredible link between sugary drinks and specific health risks. The study was authored by Cheryl Anderson, interim Family and Public Health chair at the University of California, San Diego. It was published in the Journal of the American Heart Association on May 13th. Among the many findings, the researchers found that women who drink one or more sugary drinks daily have a nearly 20% higher risk of heart disease than women who don’t.

And going beyond the traditional focus of just soda, researchers found that other sugary drinks, including fruit juice, also provide a particular risk. Among the many reasons that drinking sugary drinks may cause severe heart implications comes directly from the study.

“It raises glucose levels and insulin concentrations in the blood, which may increase appetite and lead to obesity, a major risk factor for cardiovascular disease,” Anderson said. She added that additional sugar In the blood also could increase cholesterol in the bloodstream and inflammation in the body. Such sugar levels also increase the risk of developing type 2 diabetes. All of these tend to narrow the arteries, potentially developing or exacerbating the effects of heart disease.

And this was not just a fly-by-night study. Overall, the study included over 100,000 female teachers from the state of California. Included in the survey are some astounding statistics. This showed that women who drank one or more sugary drinks per day were 26% more likely to need surgery to restore blood flow and over 20% more likely to have a stroke. The research corrected cases in which an individual drank an occasional sugary drink and those who consumed such a product nearly every day. And even worse for people who drink fruit juices as an alternative to sugary sodas is that such drinks are not safe either.

The study found that women who drink fruit juices are almost twice as likely to develop heart disease as women who drink soda. Researchers also correlated the drinking of sugary drinks with relative youth, obesity, and smoking. These combined make a person less likely to have a healthy diet. Furthermore, researchers did not find a direct link between diet drinks and heart disease. However, researchers and the American Heart Association say these are much less desirable than drinking water. Water alone is the number one means of preventing illness for drinkers.

What Are My Legal Options For A Sugary Drink Injury?

This is where your family may need some legal advice. The use of deceptive advertising and marketing by different juice companies and food manufacturers is critical. They may have played a role in how and why you are a loved one developed heart problems. This may also apply to severe health issues caused by consuming certain types of food. The attorneys at the Ehline Law Firm Personal Injury Attorneys APLC have seen it all.

We have decades of experience battling large corporations that use their relative size and influence to peddle products that are uniquely unhealthy for Americans. In this particular age of looking out for our health, this is the time to stand up for those in need of help. For any information, please call the number below or email us at losangeles@ehlinelaw.com. We offer free consultations and the opportunity to go over your legal rights at no pressure and cost unless we were covered for you. Our many years of experience are here for you. Furthermore, our team offers free visits anywhere in California.

Those we work with agree: they trust Ehline Law for their legal needs. See why our clients swear by our service. In some cases, we offer the cost of medical treatment upfront. No matter what you need, we provide a skilled trainer.