Last June 24th, the Philadelphia Police Department reported the death of an elderly man beaten by seven teens with a traffic cone. 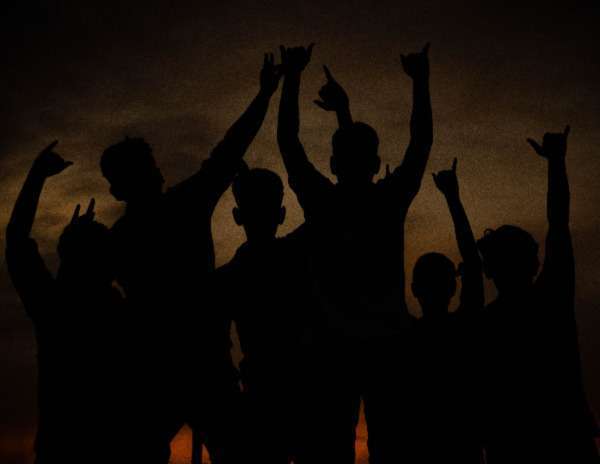 Elderly Man Was a Good Fellow

James Lambert was crossing the street at 2:40 am when a group of teenagers took a traffic cone and brutally beat him to death.

The attack was caught on surveillance footage and released by the Philadelphia police department. Lambert’s family and the police department are offering a $20,000 reward for information about the seven teenagers who committed this crime.

James Lambert was attacked by three girls and four boys in their mid-teens at Moore Avenue, as shown by the shocking video. The Philadelphia police department offers how the group of teenagers beat James Lambert to the ground, causing injuries to his head. He was then transported to the hospital, but sadly, James Lambert died only hours after his arrival.

Lambert’s niece, a teenage girl, spoke about the disturbing video that shows four black males and three black females in their mid-teens fatally beating her uncle to death with a traffic cone and asked for help from anyone who had more information leading to this group of teenagers.

The Philadelphia Police show yearly murder statistics, and 2021 has been the deadliest year. Still, in 2022 homicides are only 2% less prevalent than in 2021. Therefore, there have been hundreds of cases like the one this video shows, making Philadelphia the most dangerous city in Pennsylvania.

On the other hand, other communities in Pennsylvania have a much lower crime rate. Philadelphia has one of the country’s highest crime rates, making cases like the one this video shows highly prevalent in the city.

It is extremely common to become a victim of a violent or property crime in Philadelphia, but the police department is doing its best to reduce this rate.

These are the most severe criminal charges you can face, as in many states and cities, people can still face the death penalty, including Philadelphia. These cases aren’t easy to face, which is why it doesn’t matter if you’re the defendant or the plaintiff; you must get a qualified defense lawyer who understands the case’s seriousness and knows how to manage themselves in court to defend you.

Suppose you want to create a strong defense for a murder charge. In that case, it is crucial to hire a lawyer before getting arrested, as this will allow the attorney to do a proper investigation at the scene of the events and find out how things actually happened. Many people are reluctant to do this, as it may make them seem guilty, but it is the best choice they can make.

Although this case was incredibly brutal, and all murders are horrible tragedies, not all cases are classified similarly. Therefore, we will go through the three types of murder someone can get charged for.

The murder committed by the group of teenagers in Philadelphia last June was first-degree murder, as they acted without justification and with the direct intent to kill and cause harm to the victim. If they get arrested, they can get to spend their whole life in jail, depending on several aggravating factors.

In addition, those convicted of first-degree murder can’t get time off for good behavior and must serve their entire sentence.

Second-degree murder is a less severe type of murder, as it is usually provoked and happens under a “sudden and intense passion.” It can also occur in self-defense cases when the amount of force is disproportionate to the initial offense.

It is considered a class one felony, and those convicted can get up to four years of probation.

Finally, manslaughter is an unintentional murder caused by reckless behavior, such as driving while intoxicated. It is considered a class three felony, and those convicted of it can get up to 30 months of probation.

It is crucial to consider any aggravating factors of the case that could increase the sentence to a class two felony, ultimately translating into a longer jail time.

This terrible crime committed by four black males and three black females with a traffic cone speak volumes of how prevalent homicides are in our nation. Therefore, it is crucial to have a reliable law firm to bring justice to the victim’s families and ensure those criminals get arrested.

Here at Ehline Law, we can help you during these terrible times. All you have to do is give us a call at 833 LETS SUE to get a free consultation.