Three-wheeled Vehicles: A New Distraction on the Road

Mobile phones, scenic sites, and even quarreling children in the back of cars are common distractions many drivers across the country face. 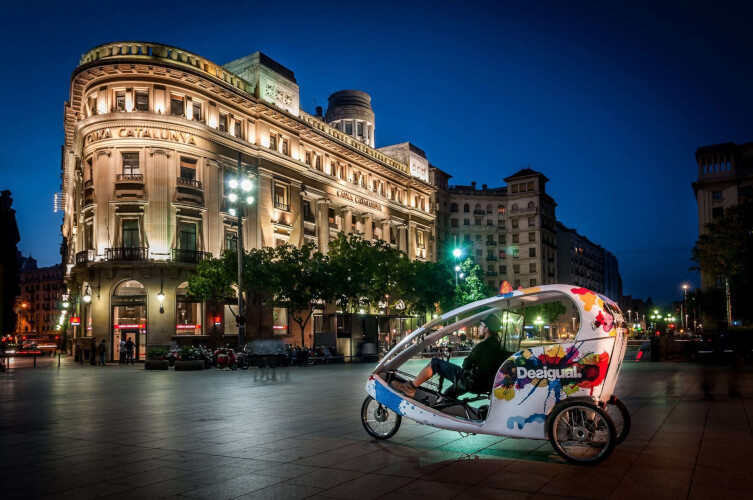 Involved in a Distracted Driving Mishap With a Three Wheeler?

According to the National Highway Traffic Safety Administration, around 3,142 people died in 2019 due to distracted driving.

Exotic-looking three-wheeled vehicles are adding to the road distractions.

Ehline Law and our personal injury attorneys have helped many injured victims recover compensation for their losses due to distracted driving. To guide readers on the perils of distracted driving, let’s discuss what it is and explore a new breed of vehicles causing a distraction on US roads, three-wheeled vehicles.
Below, California car accident attorney Michael Ehline will explore.

Distracted Driving in the United States

Any activity that diverts a driver’s attention from the road falls under the category of “distracted driving.” This could include texting, calling someone from your phone, fiddling with the stereo system, eating while behind the wheel, and so on. Removing your eyes from the road for a bit is more dangerous than you think. A five-second distraction in a vehicle traveling at 55 mph is like covering the distance of an entire football field with your eyes closed.

According to the CDC, more than 400,000 individuals received injuries from distracted driving crashes in 2018. The statistics show that more than 26,000 people died from accidents involving distracted drivers from 2012 to 2019.

Since 2007, reports suggest that more young drivers, aged between 16 and 24 years old, are at a higher risk of a distracted driving crash than any other group. A major cause of this is that young people cannot resist the temptation of using their smartphones while on the go.

New car technology, such as automated shifting, comes with increased responsibility. Although automatic shifting eliminates a driving task, it allows drivers to fill up their free time with distractions.

How to Avoid Distracted Driving?

To help prevent distracted driving, here are some tips to follow:

We’ve all heard of texting, calling, and setting the stereo system up causing distractions, but recently, a new type of distraction on US roads is on the rise, and these are the three-wheeled vehicles from the 70s and 80s.

Even 007 had a three-wheeler ride in the 1971 action/spy movie “Diamonds are Forever.” By the 1980s, there were more than 2 million sales in the United States. However, these types of vehicles have slowly diminished over the years.

Fast forward to today, and these vehicles are now seen as collector’s items, adored for their unique designs and rarity. More three-wheeled vehicles are displayed at showrooms and car exhibitions than in people’s garages. However, that might change as auto manufacturers such as Elio and Polaris try making these three-wheelers the norm on US highways.

Some of these three-wheelers may look like motorcycles, while others resemble something of a car. Perhaps this is why there is a lot of confusion regarding these types of vehicles, whether they are considered cars, and the type of insurance required to drive them legally on US roads.

According to federal law, a “motorcar” is any vehicle with four wheels, and any less than that would constitute a “motorcycle.” A three-wheeled vehicle is, by law, a motorcycle, and all the rules and regulations for riding a motorcycle apply to these types of vehicles.

Although three-wheeled vehicles have a steering wheel, passenger seats, and even an enclosed cab, they are still classified as motorcycles. Owners of such vehicles must register them as motorcycles, obtain a motorcycle license, and follow traffic and safety rules applicable to motorcyclists.

Is There Any Risk In Riding Three-wheeled Vehicles?

These vehicles also have a lean profile and are much lower than standard cars, making them difficult to see by other drivers. If you’re used to driving standard cars, shifting to a three-wheeled vehicle can pose risks due to the difference in handling. The combination of handling, weight, and speed makes these types of vehicles more prone to flipping or rolling over during collisions and hard turns.

The lack of a ruling on the newly introduced legislation requiring three-wheeled vehicles to comply with car safety regulations and meet crash standards has led some states to adopt their own laws regarding these types of vehicles. Before you consider driving these types of vehicles on the road, it is important to have enough driving experience and familiarize yourself with the vehicle’s handling.

On March 30, 2017, a Los Angeles Sun Valley crash involved two three-wheelers. The vehicles were traveling alongside each other when one veered and lost complete control of the vehicle, colliding with the street, a parked vehicle, and a fire hydrant.

As soon as the local police officers arrived at the scene of the accident, it was too late. One of the riders did not survive the accident’s impact, while the other had minor injuries and cooperated with the law enforcement authorities.

Although it is still not revealed whether the rider had their helmet on while riding, three-wheelers are more dangerous than you think.

Do You Require Insurance to Drive Three-wheelers?

Just like how motorcyclists buy motorcycle insurance, the same applies to owners of three-wheelers since these vehicles are also considered motorcycles. The Insurance Information Institute (III) states that minimum liability insurance is required to protect yourself and your financial assets in the event of an accident that causes injuries to the other driver.

In California, a motorcyclist must have a minimum insurance amount of:

So if you own a three-wheeled vehicle in California, you must purchase the recommended minimum liability insurance for the state to legally ride your vehicle on the road.

Consequences of an Accident with a Three-wheeler

Those riding a three-wheeler are more at risk of injuries during an accident than those driving a standard car. This is because a three-wheeler does not have the necessary protection and also lacks size. However, that does not mean that a three-wheeler is not capable of causing injuries to you. These could include spinal injuries, traumatic brain injuries, and even wrongful death.

If you received injuries due to an accident with a three-wheeler, your best bet would be to contact an attorney specializing in motorcycle accidents. Our California motorcycle accident attorneys have over a decade of experience handling injured victim cases, protecting their rights, and negotiating a fair settlement. Contact us at (213) 596-9642 for a free consultation!