Do You Know the Top 10 Bicycle Laws in California? 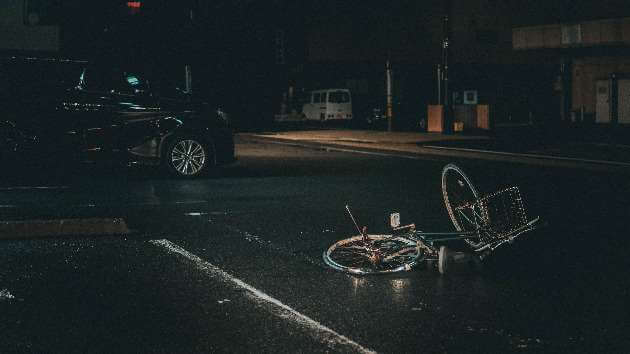 Before you get on the road, if you’re new to the Golden State, the bicycle rider should know the state’s bike rules and always wear an approved helmet in case of a bike accident. California boasts a ton of enjoyable city bike rides, stunning coastal pathways, and exhilarating mountain bike excursions.

Additionally, it’s easy for visitors to join in on the fun with the accessibility of rental bikes through ride-sharing programs and rental stores. Besides the Three Feet for Safety Act of 2014, which requires motor vehicles to stay at least three total feet clear of cyclists when passing them, the other bicycle laws deserve attention in Los Angeles.

According to this clause, a cyclist has the same rights and obligations as a driver of a car, including the restrictions against driving while intoxicated. Additionally, it does not include clauses for which bicycle riders are not eligible. This implies that cyclists must abide by all traffic signs, share the road, stop at all stops, and yield to drivers.

The law, which declares that “a person riding a bicycle or running a pedicab” has “all the rights” of any other vehicle, is perhaps the most important. This implies that, with the exception of some freeways and highways, any biker in California has the right to ride on most public roads.

It also means that, when sharing the road, cars must treat bicycles like any other car, truck, or motorbike. Bikes on the highway must now abide by the same traffic regulations as everyone else. Municipalities can also limit bicycle use of sidewalks, and they frequently do so.

Bike lanes bicyclists must adhere to different rules than those who ride their bikes while intoxicated or high. An arresting officer may ask for a sample of your blood or urine or ask you to blow into a breathalyzer if you are suspected. The fine will go up to $250, and the violations are subject to Section 13202.5

All passengers under the age of 18 must wear a helmet that complies with Department of Transportation safety requirements. Adult bikers should also wear an approved helmet because brain injuries are one of the most common causes of death and serious injuries for cyclists. Below are the requirements that apply to bicycles on public roads:

Any bicycle that is used on public roads after dark must include the following components:

Bike riders should ride as close to the right-hand curb as they can when riding in the same direction as traffic at a slower speed. Some exceptions include overtaking another cyclist, turning left, and avoiding obstacles like parked cars.

If a one-way roadway has two or more lanes, a cyclist may ride close to the curb of the left lane.

The rider on a motorbike, motorized bicycle, bicycle, roller skates, sled, or toy vehicle is not permitted to attach the ride or himself to any moving object on the road.

Cyclists are not permitted to carry passengers unless a fixed seat is affixed to the bicycle, or the bicycle was designed to be ridden without a seat. A passenger on a raised seat that protects them from the moving parts of the bicycle is permitted if they weigh under 40 pounds or are under the age of four.

Riders are not permitted to transport any luggage or other objects that prevent them from keeping at least one hand on the bicycle’s handlebar.

As long as they don’t violate the California Vehicle Code, local authorities may restrict the registration and parking of bicycles through regulations.

Local authorities can implement bike lanes on roadways other than state highways through an ordinance or resolution.

The cyclist must remain in the bike lane whenever there is one, and they must ride at a slower speed than the flow of regular traffic while moving in the same direction.

However, there are a few exceptions:

Only when it is safe to do so and after giving the required hand signal to oncoming traffic can someone exit the bicycle lane.

You must use bike paths if riding on a road with such a lane and traveling slower than traffic flow to lessen injuries in a bicycle accident. After determining that it is sufficiently safe to do so and giving the necessary signal, you can exit the bike lane.

The Vehicle Code provides specific instances when you can exit a bike lane, such as when you pass another cyclist, dodge a pedestrian or vehicle in the bike lane, or get close to a location where a right turn is permitted.

The “Common Law” of Negligence

Every individual (in this case, meaning both the motor vehicle operators and the bikers) is charged with a duty to act reasonably to prevent harm to others and themselves, according to a general legal notion based on California case law and long-standing tort law concepts.

The Related Concept of Comparative Fault: The Golden State Is a Comparative Negligence State

This means that a bike rider can still recover money damages from the driver, but the biker’s percentage of fault may diminish that amount.

This is true even if the rider contributed to the accident or their injuries in some way (for example, by breaking a California vehicle code such as not using a white or yellow reflector or not wearing a helmet, etc.).

What Is the Basic Speed Law in California?

California vehicle code section 22350 states: “No person shall drive a vehicle upon a highway at speed greater than its reasonable and prudent speed having due regard for weather, the traffic on, visibility, and the surface and width of, the highway, and in no event at a speed which endangers the safety of persons or property.”

Be Alert and Obey All Traffic or Roadway Conditions

Be ready to stop for any vehicles that may unexpectedly pull out in front of you while waiting at stop signs, driveways, or parking spaces.

Also, you should be ready to take evasive action relating to cars approaching the other way who might turn left in front of you, as well as cars that have just past you and might turn right.

Use hand signals to alert the vehicles around you before turning or changing lanes. Keep at least one hand on the handlebars to keep the bike in control.

Watch for traffic as you approach the intersection by looking over your left shoulder. Move to the left side of the lane or into the left or center turn lane after giving a turn signal if it is clear. Position yourself so cars turning in the same direction can’t pass you using the entire turn lane. Before making a turn, yield to approaching traffic.

Always look and signal when changing lanes on the road with many lanes or in a bicycle lane. Even if you are in a bicycle lane, you should never make a left turn from the right side of the road.

Stay to the right as you approach the intersection. Make a 90-degree turn to the left and proceed as if you were coming from the right, or stop and cross the street like a pedestrian in the crosswalk. Wait for the green light or the WALK signal before crossing the road if there is a signal light. Give way to anyone crossing the street on foot.

In both marked and unmarked crosswalks, bike riders are always required to yield to pedestrians like motor vehicles. [CVC sections 21950 and 21963] – Riders must also give way to people who are blind.

Although no statewide regulations forbid cycling on sidewalks, individual towns may do so. Look for street signs banning bicycles on sidewalks or contact your neighborhood city hall.

The car insurance firms profit by limiting or refusing to pay out on claims. Do not be shocked if the insurance company tries to blame you for the accident and minimize the harm you sustained.

In particular, you should speak with an experienced injury lawyer familiar with California bicycle laws if you suffered from broken ribs, a fractured collar bone or other bone, a concussion or other head injury, or any other significant injury.

Unless you consult with an experienced bicycle accident lawyer, you will never know your rights and remedies under the California bicycle laws or the total compensation the law authorizes for the losses you suffered.

We represent cyclists who sustained fractures, concussions, and other severe injuries in San Francisco, Oakland, San Jose, Los Angeles, San Diego, and all other cities in Northern, Central, and Southern California. Ehline Law Firm is honored to have received numerous accolades for being among California’s top injury law companies and top-notch bicycle accident attorneys.