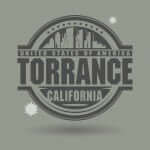 In a breaking story, the curfew in the city of Torrance represents a bad sign in the path of violent nationwide protests during the last week. The devastating riots that engulfed several significant cities are also hitting Southern California. There were numerous protests and incidents of looting across Los Angeles yesterday.

The current curfew in Torrance is between 6:00 PM and 6:00 AM to be consistent with orders issued by Los Angeles County and will remain in effect as long as a national emergency remains.

In perhaps the most famous case, protesters blocked the freeway offramp, preventing traffic flow. Now, city officials have affected a curfew similar to that of other cities. Furthermore, the effort begins at midnight. And this followed a similar state of emergency declared in March for Coronavirus concerns, the Daily Breeze reported.

A Fragile History in Los Angeles County of Riots and Curfews?

The recent unrest mirrors our recent past and that of the 1992 LA riots. The state’s demographics have changed massively since then and may represent a significant shift in how the riots unfold. The combination of looting and destruction in the protests makes the issue harder to separate.

Furthermore, California’s gun laws make it harder for individuals to protect themselves. Perhaps the most famous example is from the roof Koreans of the LA Riots. Serving in the LA area, including our particular injury law office in Torrance, troubles me deeply.

The role of police errors and public looting are both alarming to me. However, protecting the rule of law must happen at all costs. We cannot devolve into a lawless society, no matter the reason.

I spent enough time in law school and my practice to know that. So for the average person– make sure that you keep yourself safe. Lock your doors and follow the curfew. Consider an inventory of self-defense items in your house.

And this may include a baseball bat or a firearm. While many of the riots have been restricted to the major metro areas, Torrance is close enough to LA that some may spill over.

Furthermore, California has Castle Doctrine in practice, meaning that a homeowner has no duty to retreat in cases of a home invasion. No matter what you do, be safe, and avoid serious personal injuries to yourself or your family.