Transgender People Are Now Protected by the Law as Disabled 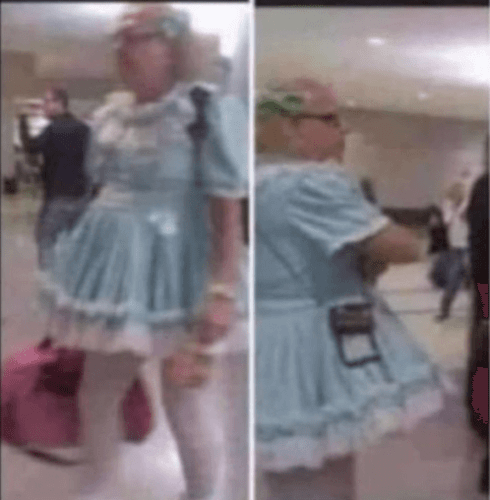 Federal Appeals Court Rules Transgenderism Is Protected as a Disability

Recent news announced that a federal court updated the Disabilities Act to protect transgender people from discrimination. This happened after the majority of the three-judge panel of the U.S Court of Appeals for the Fourth Circuit agreed that the ADA promised equality, so there’s no reason to exclude those with gender dysphoria from the Americans with Disabilities Act. Below, a top civil rights attorney explains some of the pertinent details.

How Was It Decided?

Gender dysphoria is a mental disorder labeled by the American Psychiatric Association (APA) as a state of clinically significant distress related to not being pleased with one’s gender. This condition may lead individuals to change their secondary and primary sex characteristics.

However, the change in the ADA didn’t happen immediately. A heated discussion took place so transgender people could be included in the Act, and the following article explains everything you need to know about the subject matter.

Why Were the Americans with Disabilities Act Updated?

Everything started when Kesha Williams, a trans individual in hormone therapy for over 20 years, was found guilty of their crimes and taken to a Virginia men’s prison.

Williams was initially assigned to a women’s facility at the Fairfax County Adult Detention Center.

Still, it wasn’t long after telling a healthcare professional that they were transgender and hadn’t received surgery for their primary sex characteristics that they were taken to a men’s facility. This caused Kesha Williams to be harassed by the other male inmates.

After being released from jail in 2019, Kesha Williams decided that the treatment wasn’t fair, so Williams sued Fairfax County Sheriff Stacey Kincaid and the prison nurse. They claimed their treatment received had violated the ADA, as the state refused to treat their gender dysphoria diagnosis properly.

Nonetheless, according to the Rehabilitation Act and the ADA, the sheriff replied to these complaints by pointing out that gender dysphoria isn’t considered a disability.

Instead, it is considered an identity disorder, which doesn’t result in or cause physical impairments.

How Gender Identity Disorders Were Treated in the ADA

In 1990, when the ADA and the Rehabilitation Act were first adopted, they had a specific clause explaining how and why gender identity disorders weren’t disabilities.

Some of these disorders included transsexualism, transvestism, pedophilia, voyeurism, exhibitionism, and other sexual behavior disorders, which aren’t caused by physical impairments.

That’s why William’s case was rapidly dismissed, as no law backed their claims, but they struck back, arguing that the 1990 version of the ADA was outdated in terms of gender and didn’t include what we now know as gender dysphoria.

Then, the lawsuit went back on track, as the updated medical terms were accepted as a valid argument.

In 2013, after the American Psychiatric Association had done enough research, it decided to eliminate “gender identity disorders” from its latest DSM version and include the term gender dysphoria. Williams agreed the Fourth Circuit Appeals Court should consider that fact in their decision.

The Fourth Circuit Appeals District Court reviewed both terms and found a drastic difference when comparing gender dysphoria to gender identity disorder. This means that the Diagnostic and Statistical Manual change wasn’t done just for semantic reasons but to include a drastic difference that allowed gender dysphoria to differ from the outdated gender identity disorder. Therefore, the appeals court disagreed with the statements initially added to the 1990s version of the ADA.

This new ruling explained how the law that excluded gender identity disorder and gender dysphoria was discriminating against transgender people, which went against the Equal Protection Clause of the Fourteenth Amendment.

Several transgender advocacy groups have been fighting for years on the issue of transgender prisoners and how their gender dysphoria should be treated once convicted. They’ve fought for reforms and laws to protect them against discrimination, which caused the ADA to be updated by the district court in their favor.

How the Discussion Went Down

Many opinions were discussed in the Fourth Circuit Court to change the ADA to include people with gender dysphoria; some agreed to the update, while others were firmly against it. Some of these opinions are the following:

Opinions that Agreed with the ADA Update

Shannon Minter is the National Center for Lesbian Rights legal director and part of the Fourth Circuit Appeals Court. They agreed that protecting transgender people under the ADA would set a solid precedent to help thousands of people with gender dysphoria all over the country.

On the other hand, the head of GLAD’s Transgender Rights Project, Jennifer Levi, said that this is a huge step that would help to remove socio-cultural limitations that forced people with gender dysphoria to live a life in which they wouldn’t be able to be 100% happy with their gender identity.

Opinions that Disagreed with the ADA Update

Although the court’s majority agreed with the update, Judge A. Marvin Quattlebaum Jr. disagreed with the decision. He decided that Williams had gender dysphoria, which caused them to experience clinically significant distress due to their biological sex and gender identity. Still, he didn’t agree to change the ADA due to a simple change of terminology regarding gender dysphoria.

He claims that although being transgender and suffering from gender dysphoria involved social and cultural barriers, the new ADA’s protections for transgender people relied merely on the use of language, which he agreed wasn’t a strong enough argument. Quattlebaum compared it to how Humpty Dumpty used a word and declared its meaning, and he put emphasis on how they weren’t in Wonderland, so this shouldn’t be a valid argument.

The Fourth Circuit judge agreed that this new medical understanding of a transgender person’s medical needs helped them to reduce stigmas and get better insurance coverage for their hormone therapy. There may even be other reasons why gender dysphoria should be considered, such as the fact that transgender workers have gained protection all over the country since this change happened. Still, he disagrees with the district court’s choice to dismiss the APA’s previous definitions of gender identity disorder, as this was clearly stated since the Act was first created.

LGBTQ legal advocates have fought for the rights of confused people who suffer from gender dysphoria for years, and now they’ve managed to change the ADA thanks to the Fourth Circuit Appeals Court. This gives them many options to treat their gender dysphoria, even in jail.

If you’re dealing with a similar case, don’t hesitate to call (213) 596-9642 and get a free consultation from one of our fantastic lawyers, who are ready to talk you through the ins and outs of your case.