Uber And Lyft Drivers Are Now Employees? A Groundbreaking Change For Ride-Sharing Drivers! 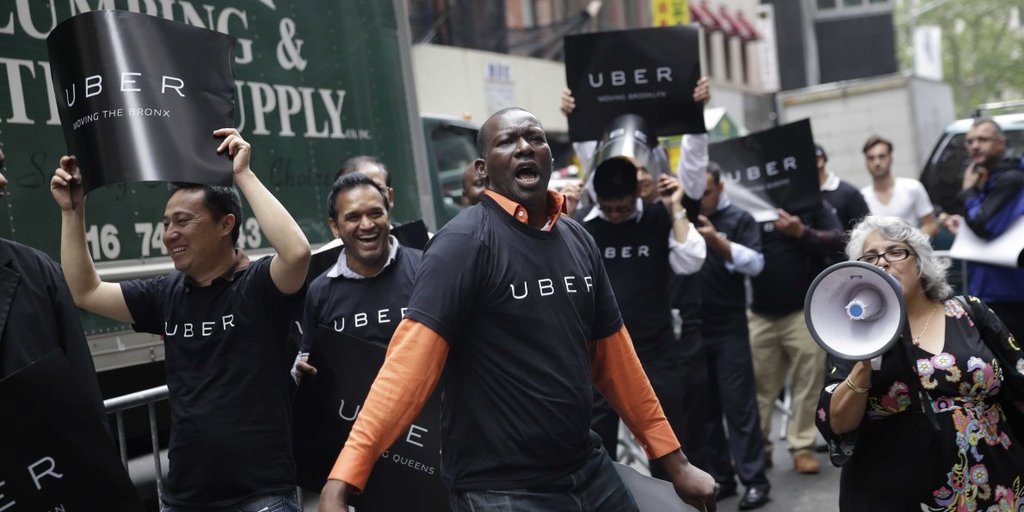 A significant court decision deemed ridesharing company drivers employees rather than independent contractors. The ruling backed the demands of multiple legal figures in the state of California. The Monday action on the bench will press companies like Uber and Lyft. The two are already beset with a number of lawsuits, including about driver pay, safety, and even assault and rape allegations. Go here to see the Order on Preliminary Injunction.

Judge Ethan P. Schulman assented to the motion of Attorney General Xavier Becerra as well as the city attorneys of San Diego, Los Angeles, and San Francisco. The move marks a major shift for the company and those who drive for it. This also means that drivers taken advantage of by greedy companies like Uber and Lyft may be able to receive past compensation. In other cases, they may be able to further challenge those companies in court for improper treatment or benefits.

All told, it’s a seismic shift in the “gig economy” and one that Uber and Lyft feared for years. Local news media picked up on the blockbuster story, as well. However, much of the attention is also from the national media. The judge’s ruling is comprehensive, as seen below:

“The Court is under no illusion that implementation of its injunction will be costly,” Judge Schulman wrote in the order. ‘There can be no question that in order for Defendants to comply with A.B. 5, they will have to change the nature of their business practices in significant ways, such as by hiring human resources staff to hire and manage their driver workforces.”

Understanding The Depths Of Uber And Lyft’s Deceit.

On the surface, the judge’s ruling may seem relatively open and shut. The companies now have to compensate these drivers as regular employees. However, there are significant issues with the transition to this point and how the employers treated their drivers in the first place. For example, Judge Schulman underlined a fact many legislators and attorneys have highlighted for years.

The ridesharing companies got out of paying for several pressing expenses by placing them on the drivers. When it comes to safety, assaults, and sexual assault lawsuits, the companies often dodge blame. Furthermore, they often failed to meet the minimum wage and benefit laws requirements. Uber and Lyft had ten days to comply with the judge’s orders. The two appealed the decision.

They also argue that thousands of past and present drivers were/are not employees. Then what else could they be? The decision also makes clear that the ridesharing companies violated AB 5, the independent contractor law passed through a referendum by CA voters. Furthermore, the issue raises essential obligations the two companies have towards their drivers in another field. The safety of drivers has been glossed over in the name of profit. Now, with the ruling, it is likely that these employees will have a chance to get even with Uber and Lyft.

We must first understand CA statutes to understand the position that Uber and Lyft drivers are in. Labor Code 3706. This allows employees to sue for injuries if they are not adequately compensated. And considering the recent ruling, they were likely not. Take it from the CA statute itself.

3706. If any employer fails to secure the payment of compensation, any injured employee or his dependents may bring an action at law against such employer for damages, as if this division did not apply. (Amended by Stats. 1971, Ch. 1598.)

The ruling and the current law dovetail completely. Employers such as Uber and Lyft had a reasonable expectation of safety for their drivers and passengers. The companies would have to prove that they were not negligent in their actions in case of injury.

Even in cases where the company’s actions were the minority of the reason for an auto accident, they must be held accountable. There must be no contributory negligence in a case like this. If a jury found Uber or Lyft responsible for just 1% of the reason for an accident or injury, they are liable for damages and attorney fees.

What Are Some Cases In Which Uber Or Lyft Would Be Liable?

It is still early after the judge’s ruling, but in our research, we’ve found several cases in which the companies would be liable in case of injury or accident.

Sample cases may include:

What Is The Role Of Labor Code Section 3708 In Suing Uber And Lyft?

In addition to the info from Code Section 3706, there is another crucial piece of the puzzle. The state must enforce Code 3708, as seen below.

In such action it is presumed that the injury to the employee was a direct result and grew out of the negligence of the employer, and the burden of proof is upon the employer, to rebut the presumption of negligence. It is not a defense to the employer that the employee was guilty of contributory negligence, or assumed the risk of the hazard complained of, or that the injury was caused by the negligence of a fellow servant. No contract or regulation shall restore to the employer any of the foregoing defenses. This section shall not apply to any employer of an employee, as defined in subdivision (d) of Section 3351 , with respect to such employee, but shall apply to employers of employees described in subdivision (b) of Section 3715 , with respect to such employees.

In short, the employer is still on the hook even if it accuses the driver of making an error. This also means that not only can drivers sue Uber or Lyft, but so can riders themselves. Put this all together, and there is now a window to sue for just compensation through the recent court decision.

5. [2:2200] Exceptions to “Exclusive Remedy” Rule: Although the “conditions of compensation” apply (injury to “employee” within the course and scope of employment), the claim may nonetheless be remediable in action at law if it falls within one of the few recognized exceptions to the workers’ comp “exclusive remedy” rule. Some of these are statutory exceptions explicitly preserving common law tort remedies; others involve claims that fall outside the workers’ comp law:

So it appears an Uber or Lyft would have the burden to prove 100% that they are not at fault. If a jury finds even .001% fault, Uber/Lyft would violate Section 3706 and be liable for damages and attorney’s fees. In an Uber case, one example may be that the Uber app was distracting the driver because it gave terrible directions or that Uber failed to supervise or train the driver correctly, and that caused the accident. Perhaps a claim exists for negligent hiring, training, and supervision along with product defects to overcome this issue.

Contacting An Attorney For Lyft Or Uber Violations?

You must contact an attorney immediately if you were injured in a ridesharing accident or were shorted by these companies. A lawyer specialized in labor law understands the components of seeking compensation for their flouting of CA state law.

What You Must Know About Lyft Accidents and Passenger Rights

What Happens If You Are in an Accident with an Uber?

Has An Uber Driver Ever Kidnapped Anyone?