Frank the “Crank” Camacho was set to return to action for the first time after one year away from the cage. The UFC fighter was set to face Matt Frevola in UFC 263 but got involved in a car accident, forcing the fighter out of Saturday’s fight. 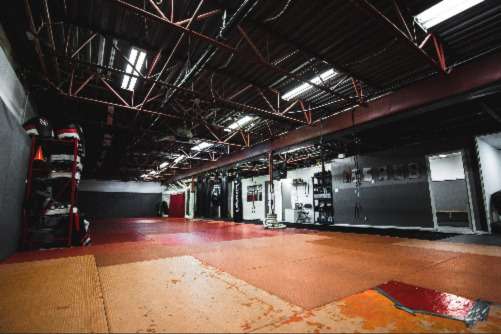 On June 8th, 2021, Frank Camacho suffered injuries from a serious multi-vehicle collision on the 405 Freeway in Los Angeles. Camacho was on his way from Redondo Beach when the five-vehicle pileup occurred on the 405 to San Diego. As Camacho’s ’96 Tacoma pickup truck was cruising on the San Diego freeway, they heard a loud screech before a truck plowed into the side of their vehicle from out of nowhere. The truck hit the metal divider before it flew and landed on a nearby Ferrari, resulting in a multiple-vehicle collision.

While at the scene of the accident, Camacho complained of head, neck, and shoulder pain. Camacho was immediately transported to a local hospital, the Los Alamitos medical center, where medical professionals conducted a CT scan and a few X-rays.

The medical tests showed inflammation in Camacho’s ligaments in the neck. Cuki Alvarez, with him in the vehicle, reported the car crash on his Instagram, stating that Camacho suffered from a herniated disc. An MRI revealed confirmed herniation with injuries to the C7 and T1 vertebrae, and no word whether they can be repaired or pushed back into place. Sadly, car accidents can lead to degenerative disc disease, which would kill his career.

Although the injuries were not believed to be life-threatening, Camacho pulled out of the lightweight bout to focus on recovering. He posted a photo of himself in the hospital bed on his social media account with a caption that said he was heartbroken to withdraw from his fight Saturday at UFC 263 and felt a little beat up.

Camacho wrote in the post that he appreciated the help from the medical staff, his family, friends, and his wife, Sarah and that he was grateful to walk away from the accident in one piece. He also apologized to Matt Frevola and the UFC for any inconvenience caused.

He said of the accident,

“I’m absolutely heartbroken” to be forced to “withdraw from my fight.” He asserted the accident was just a “detour in my fighting,” even though it left him with a herniated disc and other injuries.

Frank Camacho was out of the cage for nearly a year ago since losing his match to Las Vegas, Nevada native Justin Jaynes, who knocked Camacho out. He has struggled to keep his standing. His first match after being one year away from the cage was against Brock Weaver, just a couple of months prior to the accident. However, UFC Lightweight Camacho had to withdraw after receiving a positive on his COVID-19 test.

After suffering from multiple herniated discs due to the accident, Camacho had to withdraw from his fight with Matt Frevola. Frank, “The Crank” Camacho, has dropped out for two out of four of his last five contests with an unsure future. Although the withdrawal shook the UFC lineup negotiations, the event continued with a new fight card entry brought into the contest to replace Frank Camacho.

It so happened that Frevola had to face Terrance Mckinney. Other UFC fights for the event included Nate Diaz vs. Leon Edwards, Eryk Anders vs. Darren Stewart, Alexis Davis vs. Pannie Kianzad, and many more.

In the cage, Camacho was a fighter. To heal, Frank the Crank Camacho will need to be patient and fight the urge to re-injure himself by returning to fighting too soon after his multi-vehicle collision. For now, he is in good spirits. We will keep you abreast of any health update info on behalf of Frank Camacho.

Get a Free Consultation from A Truck Crash Lawyer

Just like how an accident became a hurdle in Frank Camacho’s rise to fame, it can also affect your life more than you think. Did you suffer injuries from a multi-vehicle car accident in California like Franck Camacho? Did another’s negligence cause it? If so, contact us at +(833) LETS-SUE. Schedule your free consultation with our reputable car accident attorney in Redondo Beach, and learn about forming an attorney-client relationship.

You may be entitled to significant economic damages as a lump sum payment. Don’t blow the statute of limitations by sleeping on your legal rights. Speak with an aggressive MMA car accident attorney today!