The Wealthiest People in L.A. Are Under Threat From 17 Gangs 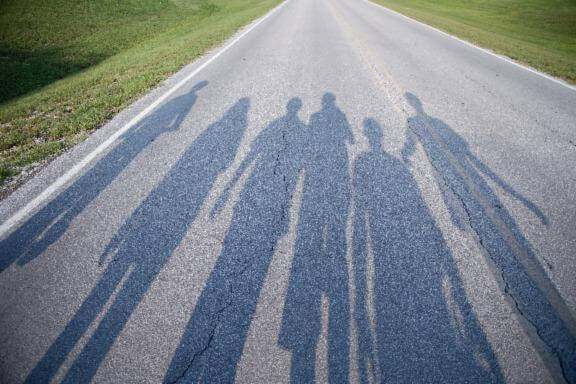 The police have confirmed that, in total, 17 gangs are currently tracking and robbing the wealthiest of people in Los Angeles. A special Los Angeles Police Department task force is investigating several separate follow-off robberies police attributed to various Los Angeles gangs. I am Los Angeles personal injury attorney Michael Ehline. I am writing this article to make voters aware of the deadly crime sprees in Los Angeles and to make them aware that self-defense is not something you can count on in California.

Starting with Roberti-Roos and other anti-Second Amendment legislation, the only people in California who can legally carry a gun are police and a few hundred people who voted for and donated money to the right Sheriff.

For the rest of us, we either must leave the state, hire private security, or huddle in a gated community and hope for the best. L.A.P.D.’s Hollywood Division stated:

“There’s no chance or opportunity for these victims even to comply. They’re just running up to people and attacking them, whether that’s putting a gun in their face or punching them and beating on them.”

These armed robbery attacks are among the most violent robberies experienced in the anti-gun state of California. Because law-abiding citizens have no right to carry a firearm in 99% of the cases. The only way to defend yourself comes with being charged with illegal gun possession.

One thing is sure; other would-be robbers know that Los Angeles probably won’t file gun enhancements, which has frustrated police who see more and more gangs operating independently with other suspects.

“In my 34 years in the LAPD, I have never seen this type of criminal behavior in such large groups coordinating to conduct attacks on unsuspecting citizens to take their property and vehicles,” LAPD Capt.

In a recent news interview with the Los Angeles Times about the L.A.P.D. Follow Home Robbery Task Force Jonathan Tippet said this.

Captain Tippett said that six attempted murder arrests had been made on the heels of questionable criminal justice initiatives by prosecutors funded by billionaire businessman George Soros. At least seven robberies have occurred, according to L.A.P.D.’s Robbery Homicide Division. Typically the attacks involve three to five cars, something involving both the Bloods and Crips.

“Despite the task force’s efforts, the same suspects are re-released from jail, frustrating the efforts of the police to stop over a dozen Los Angeles gangs in their efforts to tail and rob the city’s wealthiest residents,” said Los Angeles injury attorney Michael Ehline.

Although we don’t know how many robberies were committed by what gangs, individuals allegedly affiliated with the Bloods and Crips are likely the main suspects in these loaded gun crimes. Unless something is done to enforce existing laws, gang members jumping from cars in this new and aggressive manner will become normal criminal behavior.

The detailed report by the L.A.P.D. has confirmed that the gangs are targeting the wealthiest in an organized manner creating a new public safety crisis. They go for robberies when the wealthiest leave the venues that the famous and rich people host.

The District Attorney’s new soft-on-crime policies have created significant problems with our criminal justice system, with many traditional Angelenos fleeing California for law and order states like Texas and Nevada.

This is when the wealthiest residents in Los Angeles wear and carry the most expensive apparel. They also have a lot of money on them when they go to top-class venues, making them easy targets for the gangs who are repeatedly arrested and released after committing armed robberies and other gun crimes.

The police have also confirmed that the robbers used several vehicles for a single robbery. Many gang members participate in a single theft to ensure they can rob the wealthy residents of L.A. without any problems or interference.

Out of all the stolen items, it is branded handbags and watches that are on top of the list among many more items. The report has confirmed that once the items are stolen, they are then sold at the black markets. The crime rate has risen dramatically in recent years, and the black markets are thriving on them.

Although the robberies are a matter of great concern, the aggression shown by the robbers during the robberies is even more alarming. According to Captain Jonathan Tippet, it has become a hallmark of almost every robbery where the robbers use violence against the victims.

According to Tippet, the robbers are not letting the victims say anything criminal, and the moment they trap them, they start using violence. They do not even allow victims to comply and attack them the moment they reach up to them.

In most of the cases, the victims claim that they were beaten, punched, or had a gun pointed at their faces. The gang members are even pistol-whipping them in several cases.

According to the L.A. police Central Division report, incidents spiked dramatically last year. A total of 165 robberies were reported in the year 2021. Surprisingly, all the robberies reported were “follow-homes,” where the wealthy residents were stopped while they were going to or returning from the venues during this potentially deadly surge of violence.

The robbers have their informers spread over the most renowned places for partying and venues. The moment the wealthy residents start traveling, the gang members surround them with several vehicles as part of these mind-blowing crime trends.

Tippet mentioned in the press conference that in his 34-year career, he had never witnessed such robberies. Even in the running year, the same “follow-home” cases have surged to 56. Out of all the significant gangs involved in the robberies, the top gangs, such as Crips and Bloods, are also part of these robberies.

Tippet has assured that their special task force is closely monitoring any unusual movements and activities of these gangs. He added that their entire department is doing its best and has also made several arrests.

Tippet said pistol-whipping is often involved against foreign tourists and during home invasion robberies. Defund the police advocates and others like the Stop L.A.P.D. Spying Coalition asserts that the L.A.P.D. is just making stuff up to keep a stranglehold on the City’s budget, despite multiple open investigations.

Out of the 47 robberies they are investigating, they have already made 24 arrests. Furthermore, they have carried out six attempted murders and 16 gun arrests. Using surveillance video and investigative research, police have identified crews rolling three to five cars deep during several attacks, with at least one suspect being released multiple times, only to offend almost immediately.

Online court records indicate that no charges were ever filed against some of these violent lawbreakers, suggesting police are not getting support from the District Attorney. Instead of being imprisoned, violent criminals are allowed to re-offend while awaiting trial.

Tippet pointed out that the laws have to be stricter against robbers who are part of gangs. This is because most of the robbers end up getting released out of all the arrests they have carried out. Once released, these criminals return to the streets, repeating their criminal activities.

Although there are many follow-up investigations, some retired police determined that gangs will continue to commit such robberies so long as the criminal justice reform advocates with the “defund the police” movement and past policing reforms remain strong in the single-party, Democrat-run state of California. These people assert that these are false police assessments and everything is fine.

The facts show that individuals allegedly involved can be arrested for one or two homicides and sent back on the streets to commit such crimes again. Are you the victim of a gang attack and frustrated that gangs commit additional robberies upon release from custody?

Did you know from Sacramento to North Hollywood, the police have zero duty to protect private citizens? Learn more about your rights by following our most recent legal posts at Ehline Law Firm.

How to Hire a Motorcycle Accident Lawyer in Los Angeles

Famous Motorcycle Wipe-Outs to Remind Bikers to Be Careful

The Top Good, Bad and Ugly M/C Clubs in LA

A History of LA’s Public Sleaze