What Are The Elements Of Negligence In A Personal Injury Case?

” 0:00 one of the elements of negligent torts

0:02 the elements of negligence are a breach

0:06 of duty to a known standard of care and

0:11 that the breach of that duty was the

0:13 actual cause and the proximate cause of

0:16 the harm to the plaintiff and in fact

0:19 the plaintiff was harmed for which the

Under California law, the plaintiff (injured person) must prove four basic elements, which are:

How do you prove your case to a court? Below, top Los Angeles negligence law attorney, Michael Ehline explains everything you must know. When a person acts carelessly and another person becomes harmed, the law calls this the tort of “negligence.”

Modernly, lawyers will bring a claim for the harmed victim under “personal injury law.” The claim is called a “Complaint for Damages.”

Here, when a victim suffers emotional or personal harm, he or she can recover money damages for their loss in a settlement demand or lawsuit.

The winning side is the prevailing party. “Plaintiff” is the injured party.

Below we will break down the tort of negligence, define it, and discuss it for your benefit.

So it’s not just tangible, obvious bruises, sprains, or cuts from bicycle or motorcycle accidents that harm us. Even emotional hardships can also form the basis of your compensatory damages amount.

After all, this likely was the basis of lost wages, medical bills, etc. You have a personal injury claim created under C.A. law, assuming this happened. So your legal injuries might include emotional, reputational, or economic injuries. Privacy, property, or constitutional rights violations can also be torts.

Modernly, environmental pollution cases (also known as toxic torts) are also torts. Of course, many torts are the result of negligence. But California tort law includes intentional torts as separate and distinct from negligent torts.

Intentional torts occur when a person intentionally acts in a way that harms another. Beyond this are the product and common carrier liability claims falling under “strict liability.”

Can There Be A Presumption Of Negligence? 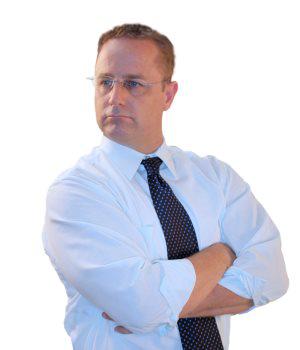 Yes. There is a rebuttable presumption under negligence per se principles that the plaintiff was negligent. Damages are presumed as a matter of law in these instances.

EXAMPLE: There may still be criminal repercussions for a tort defendant who wins a tort case. A DUI hit and run case is a good example. There are crimes and torts here.

In a civil case, money and maybe injunctive relief if your general remedy. But a crime’s penalties can include:

Also, a party can still win their civil personal injury case against a defendant who wins in criminal court. A recent example would be the O. J. Simpson case. At trial, O.J. was criminally acquitted of double murder. But he lost his wrongful death tort lawsuit. See how it is distinguished now?

How Do You Prove the Tort of Negligence?

But under Civil Code Section 1714, the actual cause and proximate cause are the same things. And this is called the “substantial factor” test.

Ordinary care is the duty to be proven in a case like this unless there is a waiver or some exception like the assumption of the risk. But here, even a criminal trespasser has legal standing to sue.

Examples of those owing a special duty are:

A motor vehicle operator of a passenger car owes a:

Actual and proximate cause has been merged in modern courts. So modern courts ask, “was the conduct or failure to act a substantial factor plaintiff’s harm?”

Pretend an inattentive driver who veers into the bike lane and runs over a bicyclist caused an unsafe event. So clearly, it was a substantial factor in maiming or killing the cyclist.

When this is present, an adjuster, jury, or court may award compensatory damages to a plaintiff or the survivors of the negligent act. Money can’t solve what happened in the past. But there is no pound of flesh” available to personal injury victims these days.

Under English Common law, it was different. Now, it’s all about money. But a financial award helps the suffering person manage their bills and stay afloat as they heal up and achieve some improvement. And this includes the enormous impact of economic costs, like getting food on the table as people recover.

Last but not least, a damages award holds those responsible accountable for the life-changing consequences of sustaining the injury. So the case is over after payment.

The injured party is the plaintiff.

How Do You Distinguish Intentional Torts?

But sometimes, the person may have accidentally punched you due to sleepwalking or not being aware. So in this type of tort, the defendant might not have had any intentions of violating their duty. But negligence might still result. But lawyers must prove the following elements as evidence against the accused at trial.

The standard of care is the expectation from a party regarding the attention they must show to negligence liability. The defendant should act within these boundaries. That is what a healthy and sane person does in these circumstances. In normal circumstances, a prudent person would do how we judge the conduct.

The existence of a breached standard of care means a duty existed. Also considered is what a reasonable person would have done in the same situation.

The plaintiff needs to prove that the harm caused was due to the defendant’s conduct. So if no connection to the injury exists, no breach exists.

This is a method used to prove that the harm caused by the defendant’s conduct was against or in conflict with the established customs. And this is not that hard to determine if other elements are present.

When a remote injury exists, the defendant’s actions should foresee the damage. And this is called the “proximate cause.”

Even if all the above elements are present, there is no case unless there is measurable, viable harm to a victim. Losses become converted into monetary payments. So the idea here is to avoid jail or violent retribution. They must be foreseeable, inevitable, and unavoidable.

“0:00 what are special damages in a civil

0:05 economic damages in the tort context

0:09 special damages would be your economic

0:12 loss lost wages loss of use of property

0:17 would be an economic loss it could

0:21 include your medical bills hospital

0:23 bills ambulance bills the cost of

0:26 ordering a police report the cost of

0:27 repairing your car these are all

Special damages are damages that can be objectively measured. These damages are usually calculated with certainty. Some examples include, out of pocket, lost wages, medical bills, etc.

Special damages also include damages for future nursing care and prescription drugs, to name a few. They also have property damage for a total loss of a vehicle and lost past wages, and lost future wages. And they will have past, present, and future lost wages.

Parties usually assert that the parties seek a recovery for a loss that is not specialized in any manner and that the party has been wronged for of a general sum. Usually general damages only seek recovery to the extent that the court will allow.

“0:00 what are general damages in a civil

0:06 designed normally to cover for the

0:10 typical loss of a plaintiff and a

0:15 would include past present and future

0:17 pain and suffering under a contract the

0:22 general damage would include the

0:27 expectancy under the contract of what

0:29 the plaintiff would have gained under

0:31 the contract usually it would have been

0:34 the profits for example under the

Punitive damages are sometimes available for reckless and intentional conduct to punish the evil-doer. Damages must be reasonable and necessary.

A car accident victim cannot be unreasonable and mustn’t overtreat and cause more medical bills. But this remains a hotly contested issue in soft tissue cases. And this is because an injury victim suffers primarily personal injuries.

Even though soft tissue cases can be significant, they may not be seen as objective injuries. So they won’t be seen in an MRI, cat scan, or x-ray.

Above, we discussed the tort of negligence when a party has to act according to his duty of care. But then they violate the obligation by either doing an action or not doing one. We also broke down the elements for a layperson to understand.

The good news for those suffering is that there is a legislative scheme in place to protect people harmed from negligence. California’s negligence law enables people to garner compensatory damages for the losses stated above. If you have more questions, call us at (213) 596-9642.