Therefore, we help people victimized by someone's carelessness in their operations. This company has proudly recovered millions of dollars for California accident victims. 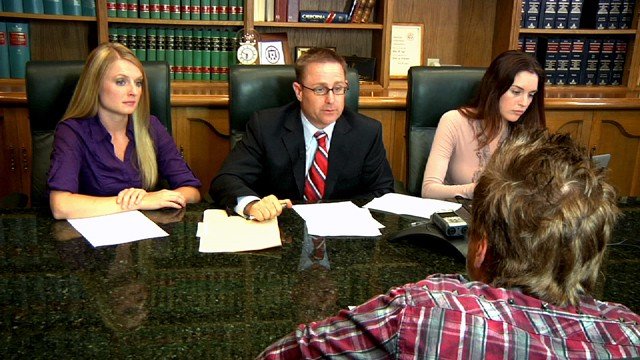 Most of all, we stand with the little guy. We act as a person's sword and shield in their hour of need.

Cable car injuries can be among the very worst types of catastrophic cases for the people involved. The U.S. Department of Transportation shows cable car injury rates rising over the past four years. Therefore cable car collisions have more than doubled.

Of particular interest, the MUNI bus has a five times higher rate of bodily harm than electric trolleybuses. They also beat light rail accidents in the number of accident victims. Cable cars travel at a speed of nine miles per hour.

The science shows this is a high enough rate of speed to result in accidents. Hence, serious injuries often befall victims. These rides are also a favorite of tourists. Thus, many victims feel naked and afraid so far away from home.

Ehline Law Firm takes pride in assisting people. We enjoy helping those who have nowhere to turn. Michael Ehline was a U.S. Marine. Thus, he considers it a solemn duty to run to the sound of the gunfire.

Cable Car Accidents Through the Years.

Over the years, our city has become the focus of some severe tragedies involving cable cars. So below for you is a sampling of some of the most noteworthy wrecks. Hence, this will probably give you an idea of the prevalence and severity of injury in these tragic cases.

Cable Car Accidents are Not Uncommon.

Of particular note, these are incidents that occur with regularity. Our San Francisco municipal railway injury attorneys have a clear understanding of the engineering dynamics.

They comprehend the operation of cable cars. Our paralegals and law clerks learn about their interconnected braking systems. Therefore, our whole staff is always learning. Thus, their goal is to know the rules and regulations that oversee the operation of these vehicles.

Lawyers of Ehline Law Firm have specialized knowledge in the causes of these collisions. Michael Ehline likes to help people less fortunate than himself. He is grateful for the success of the firm. He gives back by going the extra mile.

Michael is an expert on passenger boarding injuries, runaway cars, and sudden stopping. These are the situations that most often result in harm to passengers.

If you or a loved one suffered harm, such as fractures, brain injuries, paralysis due to a cable car malfunction, we could help. Contact the Municipal Railway injury attorneys at Ehline Law Firm Personal Injury Attorneys, APLC, for a free consultation.

Hence, we will gladly evaluate your claim. Then we will conduct a thorough investigation. Our services include giving you a definite, caring explanation of your case in blunt terms.

Once you hire us, we get to work right away. We start by ambitiously tracking and interviewing witnesses. Carrying out witness interviews is essential. The plaintiff must collect evidence in cable car collisions. Thus, research on these crashes must happen immediately. Our compassionate law firm uses experts for an expertly prepared case.

Of particular importance, delaying gathering scientific and other evidence can result in a loss. Noteworthy is the fact that MUNI investigators and defense lawyers will be working overtime to obtain written or tape-recorded statements.

They seek to record confused witnesses in a way that distorts the facts. Hence, they try and turn the tables in their favor. But our professionals will put a stop these tactics. Instead, we will surround you with guardians and protect your claims.

Were you injured by a Cable Car in San Francisco?  Know your rights!

Particularly relevant, proper training is a requirement under California law for cable car operators. Hence, they must be proficient in starting and stopping cars as smoothly as possible.

Therefore, the operator has to use excellent care and diligence. Furthermore, a great driver will have a record for safely operating and transporting passengers.

Failure of this duty of care is negligent. There are also statutory rules and regulations for cable car operators.

Have you suffered harm and believe you have a claim against the cable car?

The opposite maybe is right. Your case may be against the City and County of San Francisco. Therefore, you may also need to bring a government claim. You may have a complaint against the Municipal Railway. It is probably a good idea for you to contact cable car legal specialists at our law firm.