Were You Hurt in a Duck Boat Accident? We May Be Able to Help You Get Compensation 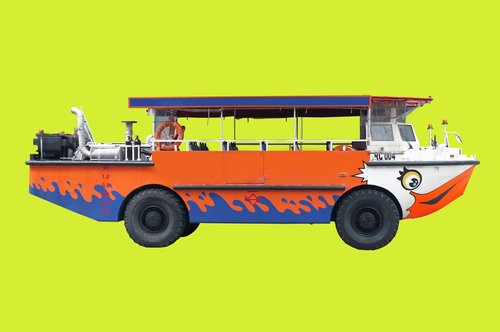 [Page updated 07/01/2022] Like duck boat accident lawyers, not all duck boat accidents are equal. Duck boats were originally designed to ferry troops ashore in World War Two. These were never meant to be used as a tour boat in rough waters. Duck boats sit low and are known to capsize and sink, yet are used all around the U.S. in cities near bodies of water for tourism purposes.

This is what happened in 1999 in Hot Springs Arkansas when 13 people died due to the canopy trapping swimmers from escaping the flipped-over vessel with too few life vests aboard to prevent drowning accidents. There are also many other problems making duck boats potential death traps for you and your loved ones.

You may want to hire a lawyer to sue over your personal injury or wrongful death case. So read this valuable information. It’s by a real legal expert named Michael Ehline, who is currently working on draft legislation to outlaw these vehicles for tourism. So now you can understand what to do before more lives are taken. Before moving further in your quest for legal representation, you should learn more about duck boat accidents and the suffering they wreak on families across the nation.

Were you injured, or did you lose a loved one to a negligent duck boat company? Ehline Law has extensive experience in all types of common carrier claims involving passengers and crew injured on duck boats. Consider forming an attorney-client relationship with us to go after the tour bus, tour guide, and anyone else involved in furnishing duck boat services as part of a wrongful death lawsuit on behalf of surviving family members.

These wrongdoers must be held liable to send a message that duck boats are inherently dangerous and the insurance company must pay for these deadly tourist attractions involving a duck boat company vehicle.

Yes! The duck boat accident lawyers at Ehline Law are seeing retired and refurbished amphibious SUV-type duck boats wreaking all sorts of havoc on our roads, and waterways. More and more, duck boat tours are thrust into use in the tourism industry, especially in San Diego, California. The general issues and complaints from consumers about duck boats are only just coming to light as part of the legal process. With this, we have also seen more wrongful death claims in state courts across the U.S. with these old amphibious military vehicles.

So talk over these land/sea vessels has not been loud until recently until more than one duck boat operator or company started buying up old military equipment on the cheap, with a great upside for profits. But as with most old, military things, it was never intended for civilian use and it’s old equipment, and often in disrepair with too few life jackets aboard, creating a personal injury hazard.

What Are Some Other Causes & Victims of Duck Boat Accidents?

History of Duck Boat Accidents In the News?

More than one attorney has concluded that Duck Boats are dangerous on land and at sea, calling them “death traps” and “sinking coffins.” The National Transportation Safety Board has not said much insofar as shelving duck boats and the people who’ve drowned riding a capsized duck boat. But several duck boat companies, including Ride The Ducks of Seattle, run by Ride The Ducks Branson have come under scrutiny from the press and investigate the accident on one of its boats.

Here’s a swift look at some fatal accidents families have experienced while aboard these amphibious vehicles known to sit low:

All of the identified victims were international students from North Seattle College.

Typically, the company that runs the tours, in this case, Ride The Ducks of Seattle, has hedged on knowing that their vehicle was unsafe, stating that they would work with investigators. 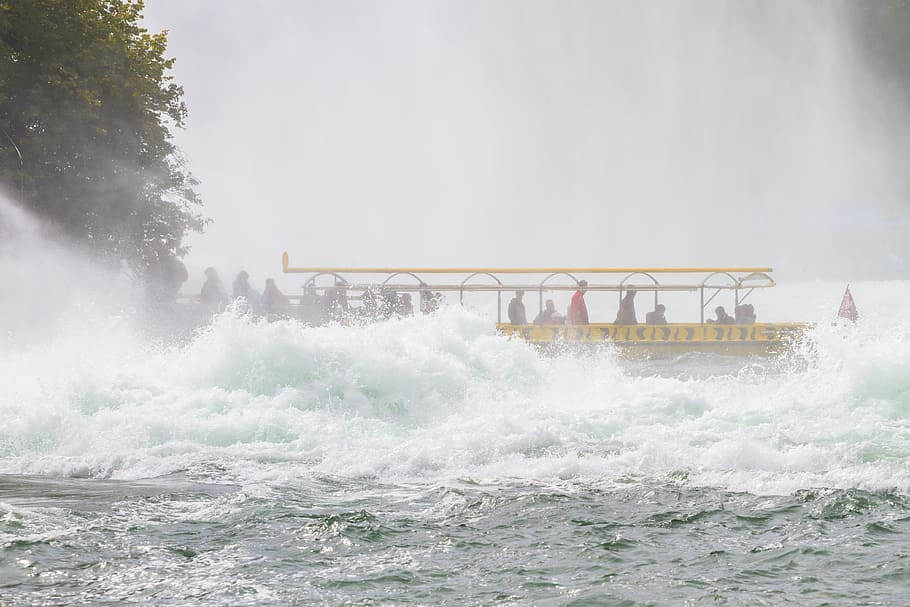 The craft involved in the collision was a surplus military DUKW built at the end of World War II in 1945. This tragic incident was not even the first of its kind as noted above.

“Matthew Devlin, 35, had pleaded guilty in August to a criminal misconduct charge for his role in the tug’s fatal crash into a Duck Boat that was afloat near Center City Philadelphia on July 7, 2010.” (Source.).

In that case, the duck boat company owner and owner of the at fault tugboat argued that the 1851 Limitation of Liability Act, capped their total liability at $1.7 million. This is because vessel owners are not liable for any loss over the value of the vessel, in this case a dilapidated, antique duckboat worth perhaps $100 dollars and the other vessel, more.

As can be seen above, the tour operators, as common carriers, had a special duty of care. They were in a superior position of trust, carrying visitors unfamiliar with the craft, who counted on the licensing and experience of the defendants.

One fact that stands out for ALL tour operators. These seagoing vessels had an original design, not for commercial passenger use. However, they may or may not have gotten retrofitted to account for the carriage of civilians recreationally. Either way, the government could even be named a potential defendant if someone gets hurt. For example, if the city, county, or state-licensed the tour boat operators without retrofitting, that is negligence, pure and simple.

Assuming the craft got retrofitted, the Duck boat operators would still have civil liability. The owners could even get charged criminally. Here, news reports indicate knowledge of the need for axle repairs. But the repairs didn’t get made. A prosecutor may call this “criminal negligence.”

Similarly, an excellent personal injury attorney would argue a causal connection. This advocate would assert a link between the failure to correct and the catastrophe. He would make the same argument as the D.A. but in a civil forum. The civil and criminal defense attorneys would typically counter with a non-sense argument to cloudy up the waters.

They would say the need for repair was not a necessity. Once the boat starts sinking there is little chance of making it off alive. The defense may even try and shift liability to the axle manufacturer. Of course, the axle manufacturer may not be liable for many reasons. So this includes the fact it was a used, surplus vehicle with wheels and canopies meant to protect troops from incoming fire. Duck boats transported troops from ship to shore in times of war.

But if the axle had been rebuilt recently, the re-builder or other worker could be liable for the damages that occurred to the victims. So a product liability theory could come into play as a “remanufactured.” This is probably the typical setup of legal arguments in duck boat accident claims in a nutshell. There are many more stories like this, but now you have an idea of the business model and how the tour operators escape paying the full money value of these cases parents and others deserve, using an outdated federal law.

The judge has no say in the tragedy when such a law ties their hands in favor of drivers and firms who maintain present operations. However, on land, as we saw, duck boat companies must comply with local ordinances for the given situation and location.

When a family member gets killed or injured due to a crash, or vessel sinking, sadness overwhelms. Many families feel entirely lost after receiving the appropriate medical or funerary care.

But it is important to remember all the legal options. There are often many expenses left to pay. Also, there is often severe emotional and physical stress involved.

Furthermore, losing a family member to wrongful death or severe injury means many other casualties. Also, it could lead to lost income and loss of affection.

Dealing With the Aftermath of a Duck Boat Accident

Altogether, these horrible consequences may stem from the irresponsible use of such a craft. But we can assist you or a loved one. Our expertise is in challenging the company that allowed this craft to take to the streets or water. Also, we know those evil insurance companies may not be honoring their policies.

We can also help you sign up for programs to help in this troubled time, including disability and others. The types of injury involved in such a crash can vary, mainly due to its amphibious nature. These could include water dangers such as drowning.

But injuries can also mean lacerations, broken bones, crushed organs, concussions, and paralysis. Most of all, the combination of an amphibious vehicle craft crashing with a passenger car can become an enormous roadside disaster.

There are many potential ways saltwater/freshwater vessels could fail. If you become injured in a water-related accident on a tour of a city, you might not know what to do. Above we looked at some history and how a claim works. Now let’s look at what a lawyer with decades of experience says about being hit or drowned during duck boat incidents.

Why Choose Ehline Law For Your Duck Boat Case?

Our founder, Michael Ehline, has actively lobbied Congress to strengthen cruise vessel safety regulations. So you know up front, we are crack experts when dealing with international and local waterway laws. Our firm specializes in all types of motor vehicle accident claims as well. Also, the firm is run by a U.S. Marine (inactive). Our experienced fighters can help in the air, on land, and at sea when accidents occur.

With millions of dollars recovered for victims, your family will sleep better at night. All your tribe knows they have the vanguard in legal representation. So when they hire the veteran warriors at Ehline Law Firm, they get the best California offers. When facing such an accident, please get in touch with the experts at Ehline Law today with millions recovered in settlements and trial verdicts on behalf of California plaintiffs.

Our team is on standby and ready to schedule a time to help with the legal circumstances out of your control. We will travel anywhere in California and beyond to help the injured person with our proven success record. Will will make it happen. So we will do whatever we can to assist our clients. Accordingly, we offer a free, no-pressure consultation where we discuss your case, legal fees, and investigation tactics in the event you choose to hire us to go after the responsible parties.

We will review videos, and other evidence with you and discuss any businesses or third parties who may be at fault. Our phone lines and email are open 24/7 any time of day or week.

If you have an interest in our no recovery no fee guarantee or forming an attorney-client relationship, please contact us today for more information at (213) 596-9642. You can also use our convenient website contact chat form here. We will prove your case and we WIN BIG!