What Are 'Survival Statutes' In A Wrongful Death Claim?

5709 views • Jul 26, 2017
Wrongful Death
FAQ
What is the difference between murder and wrongful death? Murder is a criminal term that involves criminal implications when someone wrongly takes the life of another. Murder is a crime that has severe penalties. It exists wholly independent of civil courts. A case for murder may also have a civil action against the violator for wrongful death, it may not. The two are not inextricably joined. Sadly, it is often the case that the murderer has no assets to go after if he has been convicted of murder. What are "survival statues"? http://wrongfuldeathattorney.ehlinela... A survival statute is when a party is injured and during the course of his suit being litigated he or she dies, but the statute provides that a survivor of the decedent can carry on the suit. For example, husband is injected with a slow poison and has two months to live and he files his suit but dies. IF a survival statute is in place, the widow will be able to carry on the action against whomever injected her spouse.
You can reach out to a California personal injury lawyer near you or find another local location.
Related Video 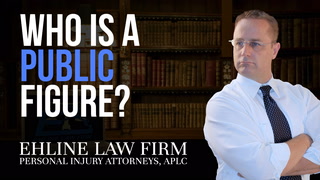 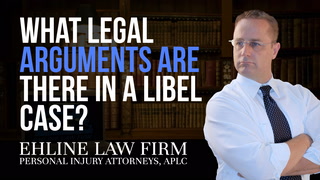 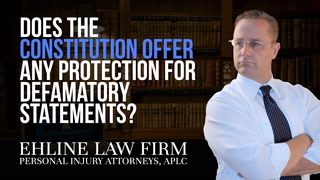 Jul 26, 2017
Does The Constitution Offer Any Protection For Defamatory Statements?
Related Post 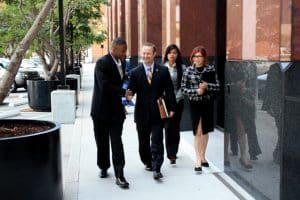 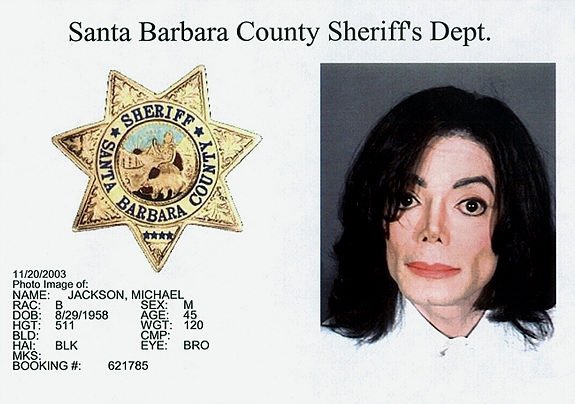 May 20, 2020
A Short History of Wrongful Death Law
Our Los Angeles personal injury attorneys are are available 24/7 to serve seriously injured victims. We have over 15 convenient, local meeting places to serve you and your loved ones. Do you need to schedule an appointment for legal advice in a city near you?