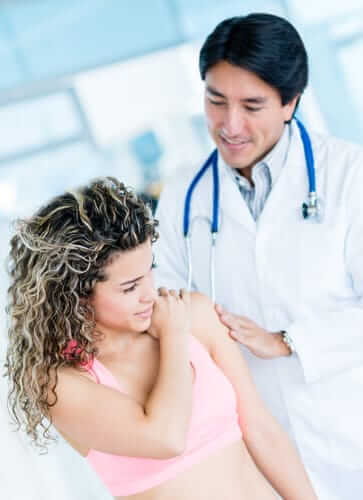 First, a little background here. Medical doctors, including psychiatrists and others, including lawyers and priests, owe a duty of confidentiality to those who come in confidence. The idea is to encourage truthfulness because the person revealing secrets will be protected from any dire ramifications.

However, because of medicine, HIPPA laws, and other doctors’ need to share information learned about the public and other dangers, physicians do not have an absolute duty of privilege to keep secrets about certain dog bites.

Of particular interest, the state may require doctors not to keep confidences and secrets in some instances, such as contagions, discussed below.

Doctors in the U.S. and Canada have a special responsibility to their patients (imagine the doctor examining an infant with signs of molestation) and the public as mandatory and permissive reporters of violence and public dangers.

IMPORTANT! First, physicians must not violate their Hippocratic Oath. These doctors must do good and ensure that their patients receive the best possible medical care quickly. And speed is especially needed after a dog bite attack because of the violence in the episode and the potential for acute bacterial infections.

But what happens if the dog owner or bite victim discloses the dog’s address and other information when discussing the patient’s condition with the doctor?

Well, from the doctor’s perspective, the short answer is that it does not matter. No matter what, physicians must exercise clinical judgment in unclear cases where violence is at issue or if reporting is legally required. Analyzing the situation should benefit the patient and contribute to California’s public safety.

The patient can play dumb and initially refused to identify the dog’s location. But once the patient spills the beans, it’s getting written down into the Health Department designee “Report.”

Doctors Have A Special Responsibility As “Dog Bite Reporters”?

To recap. Make sure and be careful what you tell a doctor. Accurate doctors must ensure that their patients receive first aid and are well attended to. But doctors are also mandated by California state law to report all cases of a dog attacking a human that requires medical attention in a “Rabies Area.”

And there are no exceptions. Often this role is filled by the victim or the doctor contacting animal control. In some cases, both parties will make reports on their own.

The Code Of Regulations Requires Any Dog Bite In A Rabies Area to Be Reported?

According to Section 17 of the California Code of Regulations 2606, doctors and anyone designee must immediately report dog bites in a designated County Rabies Area to a local health officer or their designee. (A designee can be a private non-profit group, or a small city, such as Redlands, could lease health services from a County agency, for example).

What California Counties Are Rabies Areas?

In California, a “rabies area” is defined as a county where Rabies remains a public health hazard. And the person responsible for declaring what counties are Rabies Areas is the California State Department of Health Services Director.

The official history is that since 1987, all 58 counties in the Golden State are Rabies Areas as declared by the past and present Directors. (Click here for a list of all 58 Counties).

What Evidence Must A Mandatory Dog Bite Report Contain?

Los Angeles County, the City of Los Angeles, and almost every other jurisdiction above have a similar procedure. First, you will find it remains standard to report dog bite mishaps to the local health official or health department.

And some of these smaller departments use private kennels and other agencies as their designee. And this is common in San Bernardino County, for example.

Ultimately, the report lands in the in-basket of Animal Control agents, and these employees will send them via fax or over the world wide web in many designated counties. So it depends on the rules.

A Typical Dog Bite Report Will Include the following:

No matter what, physicians must report any California patient’s dog bites as documented in the medical evaluation or treatment regimen. And there is no requirement that the injury is severe, even if no rabies were present, for example.

The hospital must immediately transmit the physician’s hospital report to the Health Department for the local County or City’s agents, local health officials, or designees.

According to the CDC, mandatory dog bite reporting helps identify and stop the spread of diseases like Rabies and tetanus. But ethically, a doctor does not have to report when a dog assaults another animal. Other than that, any bite report must go to the official health official or its designee.

For example, in Sacramento County, the bite must be promptly reported to the Dept of Animal Care, as cited on their website. All of these cases in the state of California are clear. The medical professional maintains a special obligation to let the government know. And this allows animal control to record that the dog attacked a person.

And if the dog does so a second time, it will be put down. Furthermore, medical reporting creates a record for potential use in a civil or criminal lawsuit.

Documentation is vital for both the dog owner and the bite owner– and doctors should not shirk their responsibility to either. If you wish to learn more about dog bites or general California personal injury laws, contact us at (213) 596-9642 or by using our online contact form today.