[Content Updated 6/24/2022] Lane splitting is illegal in many sates, but not in California. This riding technique is commonly referred to as lane sharing, and lane splitting occurs when a motorcyclist drives between two lanes of either stopped or slow-moving traffic to pass through a traffic jam easily. 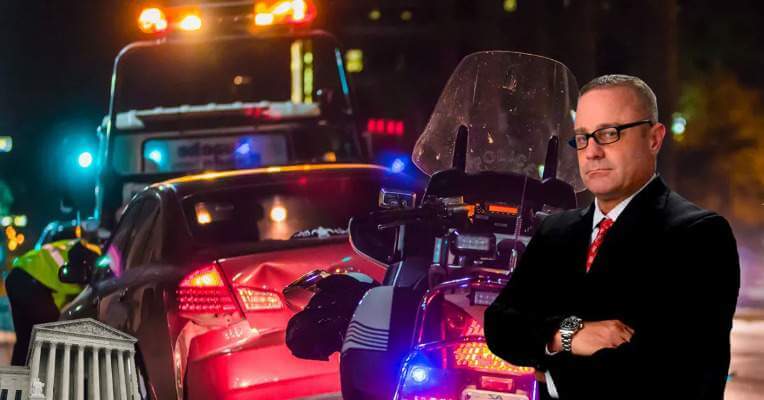 However, there is a risk of motorcycle lane splitting accidents since motorists usually do not look for motorcycles when they decide to shift to a faster lane.

If a serious accident occurs, the fault of the accident will depend on whether or not lane splitting is legal in that state, the police officer’s opinion on the incident, the judge’s view on splitting lanes, and the actions of both parties before the accident. A personal injury attorney can help protect your rights and recover the compensation you deserve.

Is lane splitting legal? There is a lot of controversy on lane splitting, especially whether it is legal in the country, and if it’s legal, should motorcyclists lane split from one lane to the next?

In 2012, no traffic law suggested that lane splitting was legal in the state due to ambiguities in the law. However, at the time, 53% of motorcyclists thought it was completely legal when motorcyclists split lanes. Like other states California did not have specific laws prohibiting lane splitting. Now California says it’s perfectly ok, so long as it’s safe (no sudden lane changes, etc.) and doesn’t cause car accidents. These other states, as was the case in CA, use other laws to interpret lane splitting as an illegal activity.

As of 2021, the majority of states prohibit lane sharing, while four states, including California, Utah, Hawaii, and Montana, allow motorcyclists to lane split in certain situations. Some states do not explicitly ban lane splitting, but at the same time, these states do not even recognize it as a legal maneuver. This places the police officer in the unfavorable position of deciphering what is and is not legal when changing adjacent lanes on a bike at faster traffic speeds and slower speeds while passing slowly moving cars during traffic jams.

The space between lanes on an average US multi-lane road is very minimal. Although the space is sufficient for vehicles to drive adjacent to each other in a prudent manner, it is not always wide enough for motorcycle drivers to safely drive between them. Depending on how big the vehicles are in the lanes, it can create different scenarios for the motorcyclists, leading to motorcycle accidents on the streets.

A motorcyclist squeezing between lanes can chip off the side view mirrors of vehicles losing control or crash into a car whose driver decided to switch lanes, even durig slow traffic. A collision between a motorcycle and a car can cause the motorcycle to further crash into other cars, causing a multi-vehicle accident.

You motorcycle accident attorney will rely on the police report and other evidence when pursuing insurance claims to determine if your personal injury claim has merit.

Who Is Liable for Accidents While Lane Splitting?

Since motorcycles are in very close proximity to other cars during lane sharing, this can lead to serious accidents. The gap between lanes is not spacious, and many motorists do not expect to watch out for motorcyclists in between lanes during slow or stopped traffic. This does not allow enough time or even enough space for motorists to evade motorcyclists.

However, if the rider can prove that the accident occurred due to the motorist’s negligence, they can recover substantial compensation for their damage. Let’s look at an example of how that might work.

A motorcyclist decides to ride between lanes to beat the slow-moving traffic. However, a driver in a car a few meters in front decides to switch lanes to move to the faster-moving lane. While switching lanes, the driver takes a phone call and becomes distracted, crashing into a motorcyclist and causing injuries.

In the example above, there is a case of a negligent driver. While driving on the roads in the United States, drivers have the duty of care to go carefully and avoid any reckless acts that can cause accidents or harm to other drivers, motorcyclists, or pedestrians. Talking on the phone while driving a car is a breach of that duty of care, holding the driver responsible for the accident.

Lane Splitting in California: Who Is Liable?

California Highway Patrol guidelines require motorcyclists to avoid the blind spots of other vehicles, and failure to follow these guidelines could hold motorcyclists responsible when a motorcycle accident occurs.

That said, drivers also must follow certain rules to ensure that there are no accidents on the road. Lane splitting may be frustrating for many but drivers in California can not intentionally block motorcyclists from lane splitting. Doing this can lead to a motorcycle accident for which the driver may be partially or wholly responsible.

A motorcyclist victim of a lane-splitting collision can pin the fault on the driver by proving the following:

Following common-sense practices such as signaling before switching lanes or looking out for motorcyclists is important when sharing roads with other drivers or motorcyclists.

Government Agencies Could Also Be Responsible

Many an experienced rider will tell you about junk, debris and potholes causing them a near death experience across two lanes or more. Sometimes the motorcyclist or the driver may not be at fault for a sudden lane change, due to them taking evasive action to avoid these road obstacles. For example, during lane splitting, a motorcyclist loses control due to a poorly maintained road and crashes into a car, causing serious injuries to themselves. Here, the fault of the accident could lie with government agencies, as it is their responsibility to ensure that the roads are properly maintained.

Do You Need a Personal Injury Attorney When an Accident Occurs?

To file a motorcycle accident claim, you need to approach the right insurance company with strong evidence. The driver could be responsible for your damages, but without any evidence (cut you off without signaling, etc.), it may be not easy to prove. Or it could be a government agency or even a manufacturer responsible for the accident.

Determining fault and filing a claim is an extremely challenging process. However, a personal injury attorney can help determine who is at fault, hold them responsible, and recover the compensation you deserve.

Recoveries from insurance companies are another obstacle that can be difficult to overcome without the aid of an experienced personal injury lawyer. Ehline Law and our personal injury attorneys have helped injured motorcyclists recover millions despite the stigma associated with motorcyclists.

If you’re injured due to a lane-splitting accident, you may be eligible for compensation. Contact us at (213) 596-9642 for a free consultation and free legal advice with our legal experts today! Our injury lawyers are ready to listen to your side and prepare a vigorous prosecution on your behalf so you or your loved ones can obtain an award of maximum compensation under our leadership and guidance.