Few tragedies remain more disconcerting than irresponsible drivers fleeing the scene of a motorcycle accident. Courts and police call this a hit and run. It is a crime and forms the basis of a civil lawsuit. In any event, all riding incidents are potentially devastating. But hit and run strikes are far more dastardly to a less protected motorcyclist than occupants of an enclosed vehicle with seatbelts. 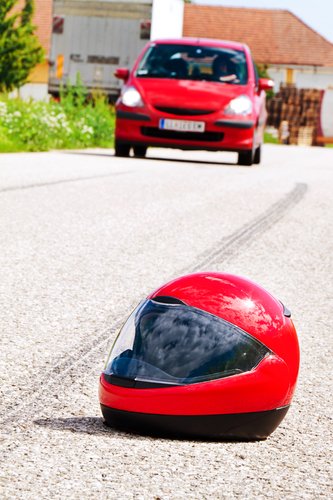 Also, anytime another driver leaves the scene of a fallen rider, the defenseless, wounded person is much more likely to be run over by another vehicle. Despite having a duty to stop and exchange info, Good Samaritan laws or not, basic civics and humanity dictate that at-fault drivers stay at the accident scene. Plus, they must provide necessary security and comfort to the fallen victim.

In California, leaving the scene could easily subject the wrongdoer to jail time. Even if the injuries and damage to the property are not significant, huge penalty assessments and fines often follow.

Michael Ehline of Ehline Law Firm is the motorcycle rider’s friend. As a rider himself, he wants to provide helpless feeling victims with a sense of confidence. Their life is not over. And despite the anonymous nature of the assault, there is legal hope at economic recovery.

This information below will help people deal with the terrible aftermath of a bad spill on a motorbike.

Greater Los Angeles hit-and-runs have been happening at historical rates since 2009. Also, that year alone, at least 48% of reported vehicular incidents were hit-and-run type accidents (Source.)

Sadly, in most cases, the violent and sudden manner in which these strikes occur, makes it nearly impossible for the victims to provide an accurate description of the hit and run driver. So for most victims, unless some drastic and rapid investigations get undertaken immediately, there will be no wrongdoer to sue.

Sometimes you get lucky, and the City of L.A. or another person was responsible, and they can pay. But either way, figuring it out requires immediacy in action.

Simple Steps All Motorcycle Hit and Run Victim Should Take.

So what should the injured rider do, where does he or she turn for help? Well, as always, we recommend getting medically stable before doing anything else. As a victim, you have a duty not to exacerbate your injuries. Failing to get well, just because you think there is no one to pay for your care, is a bad move.

Of course, if you are clear-headed and capable, you must try and remember the license plate info, write down names of people who saw the event, as well as their contact info, and call 9-1-1 to seek to capture the fleeing suspect.

But, as in most cases, if you can’t assemble these details right then and there, your motorcycle attorney should be able to assist you. Because of this, you can rapidly hire an accident reconstructionist, investigator, and forensic expert.

So now they can assist in obtaining surveillance tapes, and names or percipient witnesses. Also, they can canvass those who live or work in the locale, and so on. Most of all, this can mean the difference in assisting law enforcement in capturing the evil-doer rapidly and having him or her “pay up.”

What About Other Potential Defendants?

Once the bad actor is hunted down, captured, and prosecuted or plea-bargained out, the court will order restitution payments, even if there is no insurance. But good luck getting a convicted criminal on a prison bus headed to the jail or, at home, on probation wearing an ankle monitor to pay. First off, most lawbreakers are not in the propertied class. Many of these types of people have nothing to lose in their mind's eye.

But there are often other responsible parties we can hold to answer for the costs. For example, a FedEx truck driver who fled the scene, or pizza delivery guy’s boss can be legally liable. Lawyers use a theory of liability called the doctrine of respondent superior to make this happen.

Although the above Latin name sounds cool, all it means is that the master is generally liable for the acts of his servants while the servant is working within the course and scope of employment and not engaged in some frolic or detour.

Yes, the general idea is getting a bulk amount of cash from the person or persons who caused your injuries. Irrespective of who is paying, these money damages will include things like expenses for physical therapy, doctor’s visits, lost past and present wages, and other income, as well as the lack of productivity, such as when you are partially disabled and slowed in your normal pace.

Of course, in cases like bike wrecks, often gruesome injuries like peeled back skin are present. Also, the attendant bad rashes from friction and asphalt burns remain excruciatingly painful. The upside to your lawyer's case is that a significant damages component in PI law is pain and suffering.

And clearly, anything affecting your nerve endings is going to be very, very painful. Sadly, the attendant pain management therapy alone becomes quite costly over time. So this past, present, and future bills are reimbursed as part of your award for the enumerated economic damages.

What About Punitive Damages?

So the above damages are designed to compensate and try and make a person whole, or indemnify. But of course, the aftermath of a hit and run has dollar signs attached when you are seeking a damages award from a court or jury. But if the case is intentional or extremely reckless, more issues come into play. For example, in the case of an extremely intoxicated driver, the trier of fact can award the downed rider damages designed to PUNISH.

But these remain unusual “punitive damages.” So in extraordinary cases, the assailant may pay out a mother lode to the victim.

Hire a Hero and Lose the Zero?

Are you ready to lose that zero lawyer and hire yourself a hero lawyer? If so, don’t call anyone until you speak with Mr. Michael Ehline. So if you are ready for that an outspoken and warmhearted advocate, contact Ehline Law Firm at (213) 596-9642 and out more about your rights to compensation from a real, Los Angeles based lawyer. 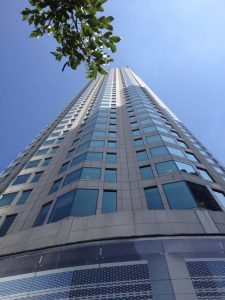 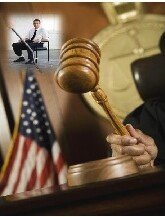