California Policy to Protect the Elderly and Dependents from Abuse 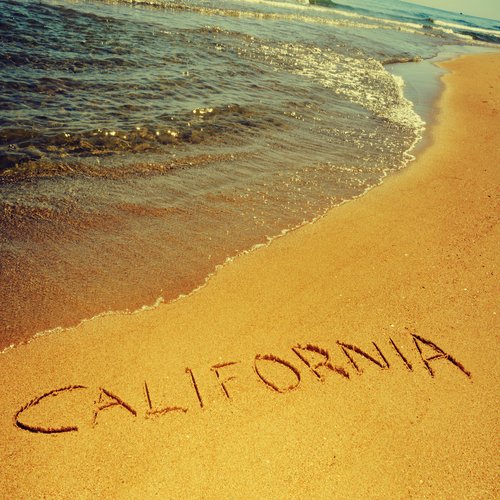 Ultimate Guide to Understanding Americans and the Policy to Protect Dependents
Need a Lawyer?

I am about to discuss and consult you about some sensitive information regarding the many forms of dependent adult abuse law. I am also going to speak about obtaining justice when kids or seniors are taken advantage of by caregiver predators.

Speaking in general terms, this abuse includes intimidating them, hoodwinking them, intimidating them, stalking them, or even engaging in their abduction. Elder or dependent adult abuse and financial exploitation is a silent and growing problem in California and across the United States. According to a 2010 study, one in every 10 Americans aged 60 and above has experienced elder abuse and other unsavory behavior related to people abusing them.

TIP: If you hate lawyers and want to report elder abuse or dependent adult abuse in your local Los Angeles, or Oakland community, contact your local county APS Office.

For the majority of abuse cases, the county APS near you program only is allotted 10 days to respond to your claims. You can also report abuse to an L.A. agency, but the DA is allegedly pro criminal, so it may be wise to hire a legit attorney. You may end up suing a local law enforcement agency for failing to act. But many lawyers say this is folly, because the government’s only duty under the U.S. Constitution is to protect itself.

Many Victims Are Subject to Abuse By Trusted Caretakers

Sadly, The National Council on Aging reports that 60% of elder abuse cases include mentally and physically impaired family members as the perpetrators, and two-thirds of them are incompetent adult children or spouses.

Many are abused in hospitals and nursing facilities.

Elements that often lead to abuse, neglect, and abandonment can be due to:

The State of California will protect those elderly and dependent adults. The idea is fostering and promoting community services for their well-being.

Hence, social and economic standards of living get increased. Naturally, this should help protect those elder and dependent adults. So let’s take a look at the legislation below.

In the end I will include some bonus information on how to hire a conservator. I will also cover how my law office can help a senior or incompetent secure financial compensation if caretakers or a nursing home violates trust or someone like that provides caring and attention that falls well below the acceptable standard of care. I will also cover criminal prosecution, as well forming an attorney client relationship to sue civilly.

What Type of Legislation Does California Have to Protect Seniors?

There is legislation deliberately enacted to place attention on the needs and difficulties of the elderly. Also, it puts into action legislation to concentrate on severe risks.

Its object is to protect these defenseless California residents who are in danger. Among the worst types of abuse is outright neglect or abandonment.

There are several statutes at play, one being a federal law, and the other a combination of civil and criminal laws. Under federal law, there is the Older Americans Act (OAA). This legislation was passed by Congress in 1965. These rules require representatives called “ombudsmen” (like a conservator) to assist long-term care residents who are 60 years or older.

Their job is to help dependents like this maintain an awareness of their treatment. The OAA applies to every state, but represents a floor and not a ceiling in the upper limits of care. California’s more comprehensive laws also require ombudsmen. Their duty is to receive and investigate elder abuse allegations and suspicions of violence.

The State of California allows civil and criminal enforcement of EADACPA. Fortunately, California’s policy to protect the elderly and dependents include elder abuse laws to help prevent these acts against an elder or dependent adult or an individual with limited physical or mental abilities. These are individuals cut off from their support network and family to provide care on their behalf.

In other words, if a person is not in their right mind, with no where else to turn, they are entitled to receive care from people who account for this behavior. Failure to craft provisions for these deserving patients is a civilly and criminally punishable offense when these confused patients are neglected.

And it’s not just California Department of Justice that enforces this special consideration. Special protections provided by civil statutes allow a private attorney in the State of California to bring civil actions on behalf of an abused elder or dependent adult. The Legislature finds that to make the Older Americans Act most effective. Civil lawyers can bring claims. If the judge grants case status under EADACPA, further court proceedings can be held, affording protection to the accused and the alleged victims on their own behalf.

Ehline Law and our California elder abuse attorneys have over a decade of experience representing injured clients in personal injury cases, including elder abuse acts involving financial abuse. Contact us to learn about victim rights if you or your loved one is a victim of elder abuse.

We are here to protect older adults and minor children with physical disabilities or mental disorders. We also will give to quarter when fighting for the rights of elder abuse and dependent adult abuse victims.

Is There Any Legislation That Protects an Elder or Dependent Adult in California?

Created in 1982, Elder And Dependent Adult Civil Protection Act (EADACPA) or California Elder Abuse Act (CEAA) is a civil remedy in California for elder abuse victims to seek compensation from their abusers. The Act protects older adults, including dependent adults, from neglect, abuse, theft of property and abandonment.

To pursue the case against a negligent party under California law, the dependent adult or the elderly’s lawyer must demonstrate convincing evidence of abuse or neglect. The plaintiff must prove that the defendant acted with elements of malice or recklessness.

Is Elder Abuse a Criminal Offense?

Yes, any kind of abuse like this is a major public issue. Besides civil liability, elderly person or dependent adult abuse can either be a misdemeanor or a felony under California Penal Code Section 368 (PC 368).

Under PC Section 368, an act is considered elder abuse if the defendant:

What Are the Criminal Penalties under PC 368?

The punishment under PC 368 depends on whether the act is a felony or misdemeanor.

If convicted of a felony, the abuser can face fines up to $6,000, imprisonment (2 to 4 years in state prison or up to 1 year in county jail for real or personal property theft over $400), or both.

For a misdemeanor, the convicted will have to pay up to $6,000 in fines and may likely face informal probation, restitution of money, and counseling. They too may be subject to a restraining order as well depending on the circumstances and future danger presented.

Fun Fact: In Los Angeles County, the prosecutor does not punish crimes as they have in the past, so look for more emboldened nurses, criminal harassment and predatory conduct to rear its ugly head in LA.

Is There an Age Limit under EADACPA?

The EADACPA applies to individuals aged 65 and dependent adults, which includes anyone between the ages of 16 and 64 with physical or mental limitations restricting his or her ability to carry out a daily routine.

Individuals with mental, physical, or developmental disabilities cannot protect their rights and care for themselves, which is why the Act caters to elders and dependent adults.

Some of the differences between the two are:

Why Was There a Need for EADACPA?

It is often challenging to prosecute elder abuse cases as criminal matters. The standard of proof is high, and the evidence of guilty must be beyond reasonable doubt as the accused has a much higher risk of imprisonment and losing their freedom in the process.

The elderly could be gullible or an “insane” person, or there may be a lack of reliable witnesses, making it difficult to prosecute the accused. Besides the difficulty of proof and court delays, there is also a chance that an elder or dependent adult abuse victim may pass away.

There is a lack of incentive to pursue criminal charges against the elder abuse perpetrator, which is why such crimes go unpunished. Since elder and dependent abuse cases are rarely prosecuted, the EADACPA provides a civil remedy for victims.

How to Report Elder Abuse in California

Can the Elderly File a Restraining Order for Abuse in California?

We just discussed everything you need to determine if you have a case. The last thing to know is that the elderly can ask for a temporary restraining order from a civil or criminal court to protect themselves against acts of violence and abuse.

Are you struggling over how to report elder abuse in California anonymously? Elders may be unable to report criminal conduct to law enforcement agencies due to a course of medication, impairment, or fear. If you discover signs of abuse in your loved one, you or your loved one may be entitled to relief like anti-isolation restraining orders. We secured $950,000 in a single nursing home abuse claim for one of our clients.

Our attorneys fight especially hard for the elderly and vulnerable adults and will not let nursing abusers escape with their heinous acts or a single threat for a day.

We will guide your case to victory or we will receive no fee for our services.  Feel free to contact us at (213) 596-9642 for a free case evaluation. You can also use our convenient online contact us form to apply for assistance and learn more about receiving justice online. Rescission of Life Insurance After Death of Your Loved One
States You Can Become A Lawyer Without Law School
Locating My Source of Pain As A Brain Injury Victim – Moving Beyond
Getting Proof Of Auto Insurance Existence And Coverage | Tracing v Suing
Were Tom Girardi and Company Modern Scumbags?
History of American Law Schools 101