Home / Video / What Is an ‘Intentional Tort’ and Some of the Remedies Available?

What Is an ‘Intentional Tort’ and Some of the Remedies Available?

0:03 intentional tort is similar to

0:05 negligence with the added element that

0:07 instead of caused by neglect or failure

0:09 to abide a duty the person acted with

0:12 intent in causing the damages such as a

0:14 battery or an assault. Or sometimes even

0:18 a defamation where someone intentionally

There are three types of tort, strict liability, negligence, and intentional torts. Let’s explore what intentional tort is with Ehline Law and our personal injury attorneys.

What Is an Intentional Tort?

An intentional tort occurs when an individual carries out an intentional act that causes harm or injuries to another.

Even if the person does not necessarily intend to cause the outcome of their actions, they can be liable, and the victim may bring an intentional tort claim against them. According to most intentional tort cases, there needs to be the intent to commit a wrongful act.

Negligence Vs. Intent: How Are the Two Different?

Negligence tort is wrongful conduct arising from a person’s negligence resulting in harm or injuries to another person. An intentional tort is much different than the other three torts and requires an individual to do something on purpose or knowingly. It differs from other torts because they do not focus on a person’s intent.

The mindset of an individual carrying out a tort helps determine whether it is a negligent or intentional tort. Let’s look at an example to demonstrate what that means.

A car accident due to a reckless driver that results in injuries to another driver is a simple negligence case. The defendant had a duty to follow the traffic rules, and they broke that legal duty, causing injuries to the plaintiff. It meets the elements of a negligent tort claim.

However, if a car accident occurs, causing injuries to you and the person intended to hit your vehicle to cause bodily harm, it falls under intentional torts. Because of the driver’s mindset, the same accident resulting in the same damages is now an intentional tort rather than a negligence one.

There is a subtle difference between negligent wrongdoing and intentional conduct, but these differences are very crucial for the plaintiff and the defendant.

Suppose the defendant can prove successfully that they did not intend to commit the act that resulted in injuries to the plaintiff. In that case, they may escape liability in an intentional tort case.

However, in a negligence tort case, there is no intent involved meaning a lack of intent is not a defense the defendant can use.

Are Intentional Torts Similar to Crimes?

An intentional tort can lead to a civil lawsuit that a victim may bring against another person to recover monetary damages for their loss if they successfully prove the elements of the case. However, many types of intentional torts are also crimes.

Unlike civil liability, whereby a plaintiff fights for their rights in courts against the defendants, crimes are different. The government carries out criminal proceedings against the accused party for violating state or federal laws. Criminal cases do not lead to monetary compensation, but it is about punishing the wrongdoers and ensuring that the public is safe from people committing such crimes.

While the remedy in most cases for a civil intentional tort case is financial compensation, the remedy for a criminal case is incarceration, criminal fine, or both.

For example, battery falls under both intentional tort and a crime under state and federal law. The accused person may stand trial, and the prosecutor must prove that they are beyond reasonable doubt guilty. If the burden of proof is met, it could lead to incarceration; if not, the defendant is not guilty and is free from criminal charges levied against them.

However, regardless of how the criminal proceedings turn out, the victim can pursue a civil lawsuit against the defendant to recover compensation for the damages.

One of the most famous examples of an intentional tort that is also a crime was the OJ Simpson trial. Prosecutors tried OJ Simpson for the murder of his ex-wife, Nicole Brown Simpson, and her friend, Ronald Goldman.

The following are some of the common intentional torts:

Examples and Explanations of Intentional Torts 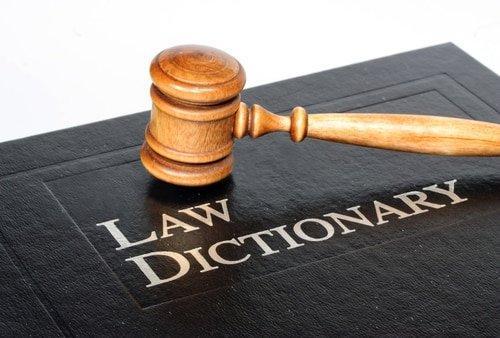 The offending party commits an action with a particular intent, which results in the causation of the effect and harm.

What are the Main Intentional Torts?

Below are some typical examples of intentional torts with the basic definitions of these more common tort offenses.

What Is A Battery?

Intentionally touching someone can’t be justified unless an exception applies. A battery happens when a defendant touches a plaintiff inappropriately. But the offender must have had the intent to commit the particular act. And this touching must result in some form of harm. (i.e., damage to the victim.).

What Is False Imprisonment?

This confinement happens when the offending party restrains the victim within certain boundaries with the intent of confining. The offender must also do this with some sense. The purpose in the mind of the defendant should be refusing to let the victim go outside certain boundaries. At the same time, no reasonable means of escape must exist for the victim to retreat.

What is an Assault?

An assault occurs when the offender or the defendant takes an intentional act resulting in offensive contact or harmful effects damaging the other party. (i.e., plaintiff or victim.). In this particular case, the plaintiff must know the harm that the defendant caused him.

Also, the imminence of the harm is a significant factor to consider before proving assault. The case is established if the defendant took intentional action and desired to damage the other party through lousy contact.

What is Trespass To Land?

This case occurs when the defendant has invaded the plaintiff’s property to harm his possessory rights. If the case wins, the offender wins compensation from the offender. But the plaintiff must show substantial damage. Otherwise, nominal damages may get you a dollar.

What Is Intentional Emotional Distress?

Referred to as intentional infliction of emotional distress, this type of case involves a defendant whose reckless and intentional behavior caused the victim extreme mental agony. The damage doesn’t have to be physical. Simply put, the defendant’s act is so torturous and mentally distressful that it is considered uncivilized. Hence, it remains unacceptable in a civilized community.

What Is Trespass To Chattels?

This tort also involves the respondent’s interference in the rights of possession of the plaintiff’s personal property. The defendant might intentionally damage the property, or the property owner might be temporarily deprived of his personal belongings.

Trespass to chattel exists when the chattel property is wholly taken away from the proprietor. The plaintiff must show they didn’t intend to meddle with other people’s rights.

What Are the Remedies under the Intentional Tort Law?

A plaintiff may seek three types of damages in a civil liability lawsuit against the person committing the intentional act. The damages may vary depending on the civil wrong, but generally, it includes the following.

Economic damages are out-of-pocket expenses resulting from the intentional tort and may include medical bills, lost wages, and property damages.

These damages compensate the victim for subjective and non-monetary losses, including pain and suffering, emotional distress, and loss of companionship.

When a defendant’s actions are of extreme or outrageous conduct, the court may also award punitive damages. These damages are meant to punish the defendant for their intentional misconduct and deter others from committing such acts.

Learn More About Intentional Torts From a Lawyer

In conclusion, these are the main intentional torts that lawyers or law students deal with daily. If you or a loved one got hurt due to an assault, battery, murder, etc., call us for a free consultation and discover your rights to total and fair compensation under the law. Our top intentional tort lawyers are also available 24/7 by filling out our website contact form for informational purposes only and a call back to discuss forming an attorney-client relationship. (213) 596-9642.