Distracted Eating and Driving - Is It Illegal?

Eating While Driving in California - It Can Kill 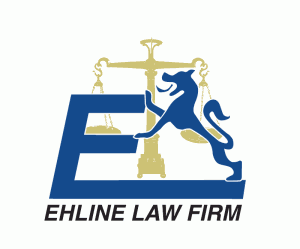 "There's no specific law for somebody eating a cheeseburger and driving a vehicle," another CHP officer tells Fox40. "But unfortunately we have some drivers who don't have the ability to multitask." (Thanks for ruining the commute for the rest of us, guys). Since California's law requiring hands-free devices took effect in 2008, the CHP has written 518,161 citations statewide. They have written 11,634 tickets for texting while driving.

Driver distraction is anything that can cause your eyes to veer from the road, unless it encompasses operating necessary vehicle controls, such as a turn signal, for example. The result of inattentive driving is almost always a car accident resulting in death or severe injury.

Distracted driving comes in many forms, including:

Above are just a few perilous activities existing when operating a motor vehicle. Distraction can reference the occupation of a driver’s attention, hands, or eyes on something other than driving. No specific California Vehicle Code Section deals with eating or drinking non-alcoholic beverages behind the wheel while operating a motorized vehicle. But, as will be discussed, other laws are dealing with safely driving that do apply. 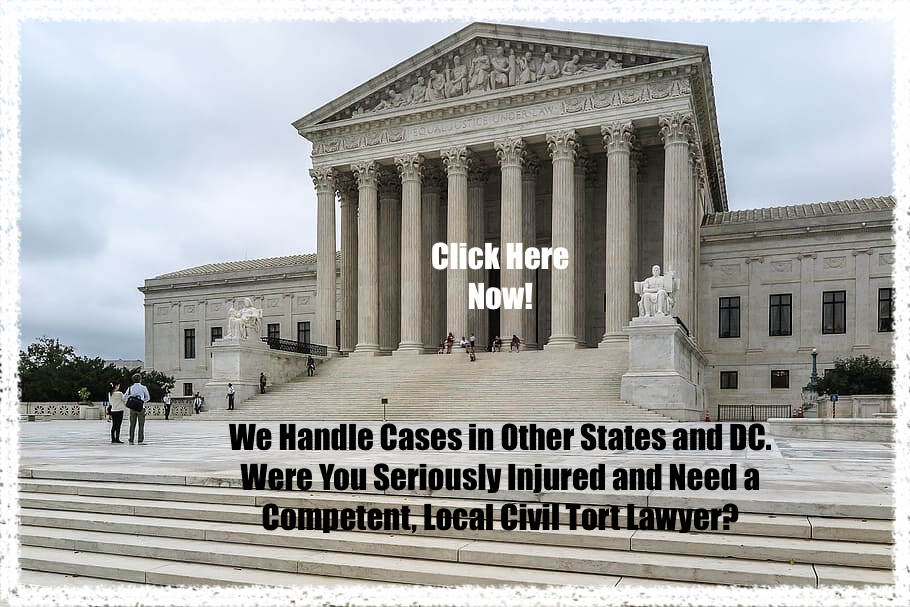 And there are also the basic rules of common sense. But first, let's take a trip down memory lane to discover the historical rise of fast food and eating while driving accidents in the Golden State. Most of us who grew up in Southern California remember how fun it was to see and hear the big "Jack-In-Box" ask us what we wanted to order as we pulled into the drive-thru. Some of us are old enough to remember the Hamburgler and Ronald McDonald, the clown.

My kids still love getting a Happy Meal Box and digging out the toy prize. And it makes sense that California, with its vast spaces and fast-paced lifestyle, would be the home of the drive-thru. Most of us are too young to remember the Happy Days diners of the 50s and 60s.

But a sea change in eating habits began to occur in Southern California in the late 40s and early 50s, altering the world's eating landscape and the California car culture. McDonald's started its first fast-food restaurant chain in San Bernardino, CA, in 1948. Karl Karcher started Carls Jr. in Anaheim and Brea, CA, in 1956.

Many more fast food places began taking off in the 70s and 80s. The key is to get the commuter in and out with hot food or a cold drink and fries quickly, so you can cover distance and get on the freeway before rush hour hits. Most of all, eating and driving are part of the California experience. With Billions served, McDonald's is the undisputed fast-food king when it comes to the drive-thru.

Sometimes using a drive-thru can mean the difference between 20 minutes to get somewhere and sitting in traffic for hours. Due to its vast geography and crazy rush hour traffic, living in Los Angeles means that destinations close to your departure point in heavy traffic can take just as long to arrive at farther away places in light traffic.

But what if you are hungry after a hard day at work? Maybe you miss your wife and kids and don't have time to eat at a dine-in facility and make it home on time. So part of the Los Angeles car culture means knowing how to time grabbing your coke, burger, and fries before heading back to Long Beach, for example.

In other words, if you leave work from Downtown Los Angeles before the main traffic congestion periods, you stand a much better chance of getting home before a crash slows the freeway so drivers can gawk at the accident. What matters most is that many more people are eating and driving behind the wheel than any other time in U.S. or world history, and expected to rise.

Noteworthy is that with the rise of drive-through coffee houses like Starbucks, a specific driving accident has increased, hot liquid burns caused crashes. So if you were not already distracted enough using your free hand to sip on coffee, now you can deal with hot liquids in your lap.

If You Think Distracted Driving While Eating Was Dangerous - Consider Hot Liquid Burns to Your Genitals.

McDonald's and Starbucks have had their fair share of hot liquid burn injury claims over the years. Imagine pulling into the drive-thru to grab a quick snack and some hot coffee while heading to work. You order your hot latte and pay the girl at the drive-thru window as she hands you your drink. But you failed to notice your cup's lid was not secured tightly. So you think nothing of it and place the scalding hot-drink in the center console's cup holder, and head to the onramp with your cup of Joe secured in place.

As you approach freeways speeds in your BMW 550, you use your right hand to snatch your drink from your car's cupholder. Next, with one eye on the road, and the other on your cup, you raise your lips. But then disaster strikes. Not only was the coffee lid insecure, but the coffee was also boiling, so hot it burned up your vagina or penis as its cap fell off and its contents spilled out.

So now you are moving at high speed with both hands behind the wheel, as you scream out, wincing in pain. Losing control of your vehicle is a real possibility. At the very least, you take evasive action and try and pull over to the shoulder. Next, it's off to the hospital. Heck, you could even suffer nerve damage or amputation of your penis, depending on your medical condition. It's a scary scenario, but it happens more often than one may think.

How Do Police Cite People for Eating and Driving?

Most specific laws dealing with an inattentive driving incident focus on the number one driving distraction, smartphones, and texting, under California Vehicle Code Section 23123.5. But this law is a catch-all, dealing with an electronic wireless communications device. And it excepts explicitly hands-free devices, which is still quite distracting.

Even though there is no law 100% on point, Californa C.H.P. and L.A.P.D uses other off label methods, or "loopholes" to nail dummies who eat and drive.

Under California's vehicle code, a driver can be ticketed $145 to $1,000 for having “wanton disregard for the safety of persons or property.” Officers will also be tracking these distractions and the number of distracted drivers, because there are not very good data on just how many distracted drivers there are. (See California Vehicle Code Section 23103)

Anyone stuffing their face behind the wheel of a car is not paying attention to the road. And obviously, they don't have both hands on the steering wheel. And that endangers the safety of motorists and pedestrians all over the state. If a cop observes you eating or sipping on a beverage and driving, they could pull you over for an investigative traffic stop and write you a traffic ticket. So the cop and you using common sense can make all the difference.

If you are safely remaining in control of the vehicle in a non-erratic fashion, a cop seeing you eat your burger will probably move along. But if you are eating, driving, and not paying attention, you may be pulled over, cited, or warned. Again, timing is everything. So maybe get up earlier in the day so you can make a meal or snack and take it to your office.

You would be better off tide your hunger over and wait to eat your last meal when you get home. Just remember, even a split second distraction kills. And removing your hand from the wheel to slurp down your shake or down some french fries is not safe. You have to focus your eyes on the road, not on your greasy Double Double with grilled onions. And with potholes, stop and go traffic, and other road hazards, Los Angeles driving requires even more focus to allow enough crash avoidance reaction times. So refrain from having a meal while cruising down the road. That's what a car accident attorney would tell you.

What Do Statistics Say About Eating While Driving Dangers?

As noted above, eating and drinking behind a car's wheel is a driver distraction that causes staggering accidents. The statistics show:

Most of all, never underestimate how dangerous eating while driving can be to you, your occupants, and others on the streets and roads.

What Do Experts Consider To Be The Most Dangerous Food Items to Consume While Driving?

Instructional and exciting, the NHTSA created a list of dangerous to eat food items while driving.

Recap - The Law On Eating And Distracted Driving. 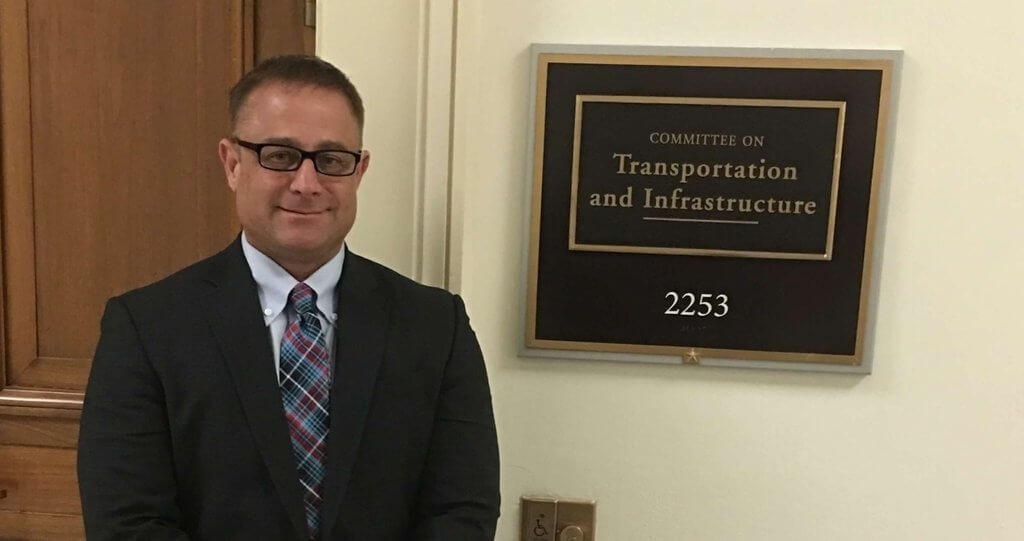 Eating or slurping down a soda through a straw while driving a motorcar is merely another irresponsible form of inattentive driving. Whether eating and driving behind the wheel is legal or not will be weighed on a case by case basis. And just because it's not a glamorous topic for the news media, it's deadly. Noteworthy here, it is at a similar level of danger as a DUI or talking on a phone while driving.

Again, just because there is no law 100% on point, you cannot eat while driving if you become reckless. And many lawyers like Michael Ehline think any preventable distraction while driving unless it's the operation of vehicle controls is irresponsible! Just grab your meal and head home. Don't risk getting pulled over by the L.A.P.D. or crashing to kill those temporary hunger pains.

A little fasting never hurt anyone, but a head-on collision with a motorcyclist could subject you to crimes and a wrongful death lawsuit. Most of all, the only way to prevent distracted driving crashes is by refraining from eating meals while driving down the road. Safety first is what it's all about. If you or someone you love suffered injuries to a distracted, inattentive driver stuffing their face, contact Ehline Law Firm Personal Injury Attorneys, APLC in Los Angeles (213) 596-9642.

Jul 26, 2017
Can A Judgment Obtained As Result Of A Wrongful Death Be Discharged In Bankruptcy?