What are the Types of Brain Injuries?

The brain weighs a lot. The average brain weight is between two to five pounds. Your brain's matter consists of a gray, jelly-like substance, called cerebrospinal fluid. And this liquid contains millions of microscopic fibers. And this is the transmitter our brain uses to send electrically charged neurochemical signals around the different lobes responsible for things like emotions, coordination, speech, hearing, and balance, etc. These electrical signals travel through axonal-dendric connections. Physicians call these signals to be "synapses."

So if a jolt or strike impacts human brain tissue, your axonal-dendric connections could break apart. Or they may become severely damaged. Although we are not brain surgeons, we do work with brain injury medical experts regularly. Here, attorney Michael Ehline tells us all what we must know to identify and treat a brain injury.

Most Common Causes of Brain Damage.

Vehicular accidents involving passenger automobiles are the most significant cause of skull, head, and brain injuries. Harm can happen due to blow or strike to the head. And this could be an impact from falling off a bicycle and hitting the asphalt with force. Or it could be from a spill on a motorcycle.

Often it results from crashing into a windshield during a car accident. Even without an impact, the G-forces of an impact can cause your brain to go from sudden acceleration to sudden deceleration. And precisely, this is what occurs in a whiplash event.

So even without blunt trauma to your head, you can still suffer a head injury. Also, many brain injuries are directly related to the bleeding and swelling of the brain. So many times, they remain unrelated to a hit on the head. The whiplash event can cause the brain to bleed.

It can create bruising and twisting of brain matter. And all this could happen during the impact, or later as the brain matter and tissue swell. Afterward, you think you’re beautiful, but then you’re not.

What Are the Various Parts of the Brain?

Science has discovered that your brain consists of three principal organs.

These are called the:

Your brain stem connects your spinal cord to your mind. So, in turn, it sends signals to your vital organs like your heart and lungs. But it magnificently controls natural survival functions, from adrenaline, heartbeat, urination, breathing, consciousness, fear, and hunger.

Although your skull and the fluid therein helps protect your brain, the skull is not extremely thick and unpadded on the inside. Just the opposite remains true. The interior of your head has internal ribs with bony structures.

So if a sudden back and forth or side to side movement happens, your brain can bang or collide into the skull's ribbing. Depending upon how the jolting event took place, it could ruin lives. Also, bruised lobes might sustain long-term damage.

What Are Some Other Medically Important Aspects of the Brain?

Connected to these lobes is the internal cortex. This tender area in the middle of your brain controls the majority of thoughts and analysis. Particularly pertinent, four lobes travel to your cortex, along with two hemispheres: the right and the left.

Intentional, voluntary activities like mixed martial arts can damage the brain lobes. Or damages can arise from unintentional events like motor vehicle collisions, discussed above.

Left Brain is What Helps You Write, Read, and Calculate Numbers.

Your left hemisphere is typically the most dominant portion of your brain. Mainly it controls your ability to talk, read, write, or do mathematical calculations.

The right side of your brain is responsible for visual-spatial functions like musical rhythm. It is also responsible for the ability to draw and other visual memories associated with computing, programming, and drawing things.

Frontal Lobe is Number One Injury From Car Crashes?

True. Your frontal lobe is often the one injured from motor vehicle accidents. Most of all, this is due to most crashes being rear-enders. So this is what results in the front and rear cars pushing forward with force and stopping rapidly. Hence, this banging and snapping effect can drive an internal impact right into the front of your skull. Furthermore, this holds regardless of whether or not the head itself makes contact with an immovable, external object.

The frontal lobe is the part of the body that controls emotions and characteristics, such as your real personality. It is easy to see how a belted occupant in the forward vehicle can sustain a bad injury that alters his or her nature and harms their emotional health.

And this remains another reason why people in any vehicle wreck should seek medical care fast. You must rule out brain tears or bruised lobes at a minimum.

What is a Traumatic Brain Injury?

First, there are two medically classified types of brain injuries:

IMPORTANT: TBI Brain injuries can occur in many ways.

TBI typically results from accidents in which the head strikes an object. This is the most common type of traumatic brain injury. However, others, such as those caused by insufficient oxygen, poisoning, or infection, can cause similar deficits. Attorneys need to pin down who caused this exposure and why. This process includes finding the liable parties.

What is a Mild Traumatic Brain Injury?

So this is where it gets interesting. Just because it is mild, makes it no less traumatic.

A Mild Traumatic Brain Injury (“MTBI”) is medically classified with the following symptoms:

What is an Anoxic Brain Injury?

An anoxic brain injury means the patient will have interrupted blood flow to and from the brain. Lack of oxygen to the brain is sometimes the cause of this damage. Examples of

Ex 1: Patrial drowning in an unsupervised pool can cause swelling or bleeding of the brain tissues. Mostly, side to side impacts often associated with an impact on a person's head.

Ex 2: Other examples could include professional boxers hitting a person with their fist. There is an impact, which can cause external damage, and a snapping motion causing internal damage.

Ex 3: Another example would be the whipping motion to a stopped vehicle occupants head upon being hit in the rear by another vehicle. And that is the classic rear-end car accident that causes so many cases of whiplash, depending on the impacting vehicle's speed. So, of course, this can result in a head and neck injury risk to the patient, coma, or death.

What is Contrecoup Brain Injury?

Contrecoup injuries take place as a result of the jarring side to side impact. These types of damages strike people walking in public cross-walks. In some cases, such as the front end of an oncoming car hitting a pedestrian, jarring internally causes the brain to propel against both sides of your skull. The brain rebounds and crashes into the opposite sides of the head. A contrecoup injury is the ultimate result of precisely this type of event.

What is an Epidural Hematoma.

An epidural hematoma is from a blood clot forming between your skull and the inner, upper lining of your brain known as your “dura.” A blood clot in that area of your head causes many pressure changes in your brain.

This clot can result in the medical necessity of emergency surgery to effectuate emergency repairs and eliminate the clotting. This clotting is a common injury a senior will suffer as a patient in hospitalized environments. This can often be the nexus of an elder abuse lawsuit. Care providers can often mitigate or eliminate the risks of clotting in many dependent patients.

What is a Contusion or Concussion?

Contusions and concussions take place when your external skull, and brain bruises. This is usually a result of the brain hitting and impacting on the inside of your cranium. This jarring type of injury creates many symptoms. These can range from dizziness, seeing stars, mild headaches, severe headaches, loss, or lack of memory and loss of concentration.

A simple concussion can even create lifetime consequences that could require lifetime medical care. An example would be a helmeted motorcyclist who falls from his bike. He slams his head into the curb, breaking open his padded helmet.

Although he may survive, the impact could still be enough to damage the brain. This impact is also a problem with bad sports injuries. Examples are common in boxing and the hard tackles of pro-U.S. football.

As a general rule, if you are struck in the head, see stars, or feel vertigo, stabilize yourself, and get to the hospital. You must mitigate your injuries to the best of your abilities. Act reasonably and seek professional help. Rule out things like potential blood clots that could kill you.

What is a Diffuse Axonal Injury (DAI)?

Diffuse Axonal Injury is a brain injury associated most closely with the rotation and disruption of your brain within the cranium. This rotation can cut away, shear, or sever the brain axons, which are connecting nerve fibers. Damage such as this is typically difficult to analyze. It is also accompanied by microscopic tears that are difficult to locate from the get-go.

If doctors diagnose your case as a “mild brain injury,” you may notice that thus the wounds heal over time. But often, a DAI results in permanent disabilities from loss of consciousness to lifetime coma. Eventually, a fatality could be the nexus of a future wrongful death claim in civil court and even a murder case in criminal court.

Many physicians and lawyers are confident that modern advances in science will be able to treat and slow down or stop the injury from progressing. These people believe that medications and other therapy and surgery will cure or minimize the damage. So far, we have seen some success stories as science and medicine advances.

We hear remarkable stories about Scorpion Venom and other new treatments for damaged brains all the time. For now, however, an ounce of prevention is still worth a pound of cure. So be careful out there.

Skull fractures often result from when the bone in your head, or skull, fractures. $$$$$So as discussed here, this is similar to cracks in an eggshell. A skull fracture usually mends itself over time. Also, this is often due to injury or damage to the fracture zone. And this will typically require surgery to repair the fractured armor.

What is a Subdural Hematoma?

Causes of Subdural hematomas are blood clots forming in between your brain tissue and your dura. A hematoma can happen in many ways. It could arise slowly over a few weeks or days. Clinically, this latency makes this "subdural" hematoma.

What is an Acute Hematoma?

On the other side of the coin, the rapid onset of a hematoma will be classified medically as an acute subdural hematoma. As with all sufferers of blood clots, you could easily be a candidate for emergency surgery as a corrective measure. So it is essential to discuss these issues with your doctor to choose a course of action. These decisions often are life or death. 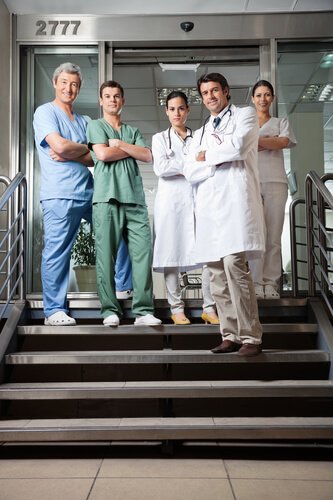 Jan 5, 2019
Doctors Were Stumped Till Now on Treatment of TBI?
Related Post 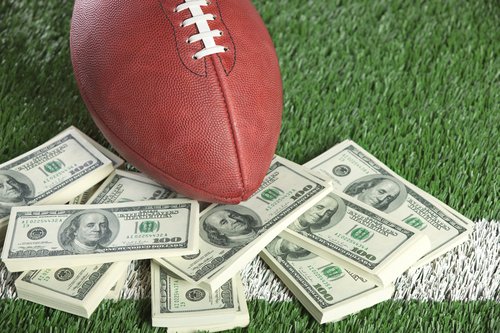 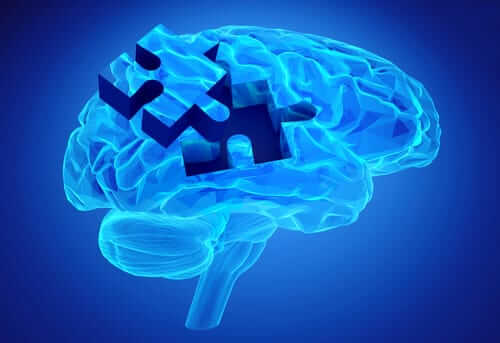