When a cruise ship employee or the ship itself causes harm to you as a guest, what do you do? How do you get paid? What theory of law do you use to sue a foreign-flagged ship?

After all, the same types of injuries that take place on land can happen on a cruise liner or organized shore excursion.

Circumstances beyond one's control could result in an:

Also, many passengers find themselves facing lacerations. For example, a heavy hatch slamming your fingers or head could cause numerous ailments or missing digits.

Most of all, a severe brain injury, coma, or tragic loss of life is not uncommon on a cruise. But these are not the only types of nasty things that happen while aboard some cruises.

A Cruise Ship Is a Floating City?

An occupied cruise ship is like a small, dense city on the water. So it has thousands of people aboard and little real security. Passengers can easily become laced with drinks. Many send their kids to childcare or leave them by themselves by the pool.

In some instances, rape by a cruise liner employee or control agent occurs. But crimes such as this can also happen due to drunken passengers or predatory ship workers.

Sadly, a cruise could lead your or your wife to a man overboard, or M.O.B. Often, these criminals will throw rape victims over the side to destroy the evidence. Some of these crimes can be stealing, or even robbery and theft of expensive heirlooms, and personal items.

Are Loose Kids Targets for Predators?

More alarming, no one knows who is in charge of free children. A drunken female in a bikini is a prime target for an unsavory person on a cruise. Just think about how vulnerable a child would be.

Did You Know the USAG Says Three Out of Four Reported Crimes are Cruise Ship Rapes Against Girls Under 21?

The United States Attorney General reported that three out of every four crimes on cruise vessels reported to Miami law enforcement are sexual crimes that mostly affect women 21 years of age and under.

But sometimes there can be facts like little boys being forced to give sex to a cruise ship employee, under threat of physical harm or even being thrown overboard, for example.

Is Strict Liability Available in Cruise Ship Injury Cases Because They Have a Special Duty?

So here is the pressing question. If the cruise vessel is a common carrier for hire, are they not subject to Strict Liability with a special duty? The answer is that cruise vessels hired that also depart from U.S. waters are known as common carriers, according to Section 3(6) of the Shipping Act of 1984. 46 U.S.C. Sec.1702(6).

So it is commonly accepted that a common carrier is under a "special duty" beyond reasonable care to its vessel passengers.

This special duty means that a cruise ship must see to it that the cruise vessel vacationers get to the port of safety safely. So cruise liners must exercise the highest degree of care.

The special relationship between a common carrier of passengers and its hire comes from the fact that passengers entrust themselves to the cruise ship company's protection and care. (See, e.g., Holland America Cruises, Inc. v. Underwood (Fla.Dist.Ct.App. 1985) 470 So.2d 19, 20. (the Court found that common carriers have a strict duty to protect passengers from crimes on ships for hire).).

Cruise Ship Are Under Duty To Avoid Employee Rapes?

A cruise ship corporation has a duty of safe transport. This duty includes, among other things, protection of ship passengers from attacks by crew members such as gang rapes.

But also included are child rapes, sexual molestation, battery on shore, and other harms of a physical nature. (See also M.J. Norris, The Law of Maritime Personal Injuries, Sec. 3:3, at 62-63; Sec.3:12, at 78 (4th ed. 1990).). The U.S. Supreme Court decided in New Jersey Steamboat that an injured passenger violently removed from a restricted area of a vessel by a ship employee could sue.

The Court let it be known that since there was a contract for safe transportation, a passenger was entitled to protection from a common carrier's servants' improper conduct and negligence.

The Court reasoned that a servants' improper conduct must be attributed to the master or the carrier. Because the cruise company hires the captain, crew, and servants aboard the ship to perform the carriage contract, they must transport the passengers safely.

This reasoning comes from public policy and other case precedents outlined in railroad cases. The High Court held that common carriers are under a duty to "absolutely protect" their cruise ship passengers from their servant's misconduct. But the lousy act must be committed in the course of the servant's employment. The Supreme Court reaffirmed this in Brockett in New Orleans & R.R. Co. v. Jopes (1891)142 U.S. 18.).

Is there a Cruise Ship Employee Duty Not To Assault Passengers?

Another case, Jopes had to do with the train conductor shooting train passenger. The Court used the reasoning outlined in Brockett and expanded on the original definition of common carrier liability.

Common carriers are bound to ensure that their servants don't unlawfully assault or injure passengers. Jopes expanded Brockett by eliminating the rule that an employee is supposed to act within the scope of his or her employment.

That Court held that the common carrier is strictly liable for any actions of its employees against passengers. Just because Jopes had to do with trains and not ships, this is irrelevant, because both are common carriers for hire.

Other examples of common carriers include:

But then the California Ninth Circuit reviewed the issue of team members' sexual and other assaults on cruise ship passengers. The Court used the "reasonable care under the circumstances" test discussed above. In that case, the Court held the ship liable for the rape.

Knowing the exceptions to the rules and civil procedure is difficult. When fighting a billion-dollar cruise line, even trained lawyers make mistakes.

Most of all, passengers need a real cruise ship accident attorney who knows the Jones Act. This need is just one of the many reasons to retain Ehline Law Firm. Contact us now at (213) 596-9642. 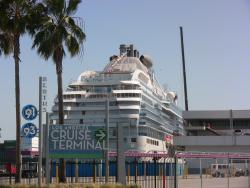 Feb 29, 2020
The Insurance Company Is Not Your Friend
Related Video

Jul 26, 2017
Can my lawyer settle my injury case without my consent?
Related Video

Jul 26, 2017
What Is a proper personal injury attorney contingency fee?