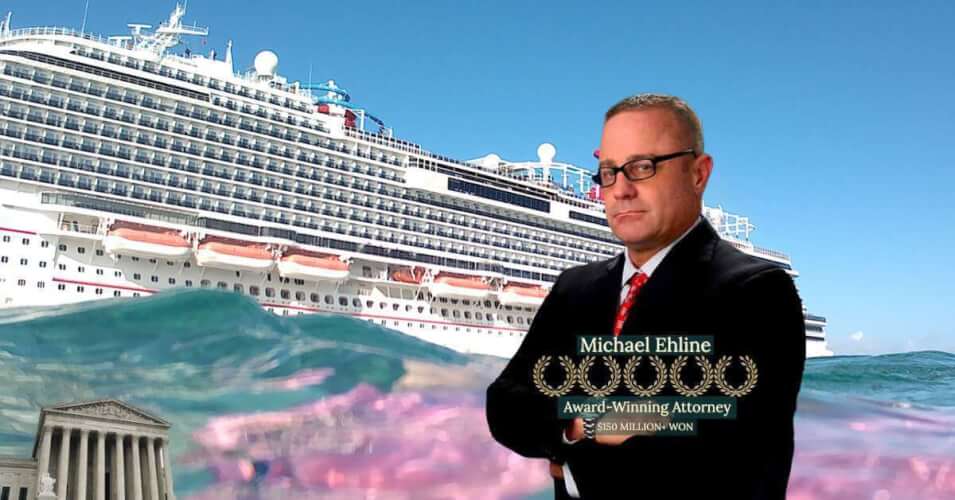 Hello and welcome to Ehline Law Firm Personal Injury Attorneys, APLC. I am attorney Michael Ehline. In my years of law practice, one giant of a man stands out as a friend and mentor, the late Kendall Carver, founder and chairman of the International Cruise Victims Association (ICV)*.

The cruise industry loathed him, and devastated families relied upon him and remembered him for his honesty, justice received, and sympathy. Everyone can agree that Ken was always working hard and getting results. Ken’s daughter had been lost at sea on a cruise ship. No one protected her human rights to be safe on a cruise liner in this greatest of all of Ken’s personal losses.

Because of this, he was crushed, never to recover from his emotional issues of losing his beloved, most prized daughter. His broken heart led to the creation of International Cruise Victims. Ken focused his efforts on taking on the cruise industry. Ken was a pro at exposing cruise ship crime against cruise ship passengers that was/is apparently sanctioned by the cruise industry in his search for justice.

Ken was required to learn maritime law and the lobbying system as part of his goal of holding the crooked cruise industry accountable to Americans.

As reported in the news, my law firm was pleased to fund several trips to Washington DC to lobby on behalf of the International Cruise Victims Association for safer cruises for any U.S. citizen cruise passengers and for improved passenger safety.

In the process, I helped draft historic legislation on behalf of the International Cruise Victims Association. Sadly, towards the end of Ken’s life, I lost contact.

You see, my father was dying of non-Hodgkins Lymphoma as a result of exposure to Agent Orange as a U.S Marine in Vietnam (1967, 1968, 1969). While dealing with my father and that grief, Ken passed away.

I did not find out he died, but a fellow lobbyist was notifying me on Facebook months later! This blog article is about Ken, ICV, legislative reform, and those personalities who have helped make our sea lanes safer for Americans with the help of the International Cruise Victims Association.

I hope you past and future cruise ship passengers enjoy learning more about what it takes to be a legal advocate focused on legislative reform work and operations to protect passengers.

We apply ourselves to prevent others from being thrown overboard and avoid other tragedies involving the cruise industry community in the USA, Canada, and other interested people who lost loved ones at sea residing in Europe. ICV is one of those professional organizations that made calls for legislative changes with little to no exciting funders or financial backing. 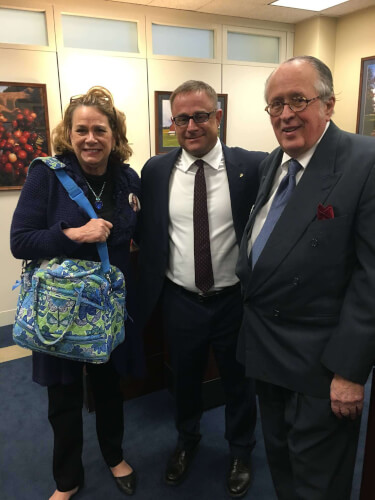 When most people think of a cruising event, they think of cruise passengers lounging in the sun on deck or perhaps sailing past an iceberg on an Alaskan cruise. The problem is that this is simply a pipe dream for many sailing on vessels with foreign flags registered in countries that could care less about protecting any U.S. Citizens or providing aid or assistance.

The truth is, themany legal suits are seekingnetary compensation relating to crime on these ships after the captain and company failed to manage their vessel or take accountability.

And the sad part is that passengers and crew are losing their lives. Many of these cruise lines sail into the high seas with zero passenger safety measures in mind.

Many people become cruise victims due to breach of duty of the cruise line or pure negligence of the cruise line employee, like the cabin steward or crewmember. Sometimes, other passengers perpetrate these crimes, such as rape, sexual assault, disappearance, injuries, and more.

Traffickers often take advantage of the ability to be anonymous. Any change in the economy or immigration laws will be exploited. Motels and hotels are locations that traffickers like, thanks to the fact they don’t necessarily have to give up their identity; They also look for victims who may be out of their element or those in a foreign country, similar to someone who might be on a cruise.

Human trafficking also occurs at sporting events, theme parks, and many other areas in the tourism industry. These are the options predators prefer as their field of trickery.

Staff members are often not educated on recognizing and reporting signs of trafficking, and visiting so many foreign countries is easier than you think. Maritime law means nothing to these crooks.

Human trafficking may also occur in cruising, and cruise ship crime is common. Ship workers, who are notoriously paid low wages, are even paid off by people who can withhold their pay or pay workers less than they expect to receive in order to force them to commit crimes.

There have been very few reports of kidnapping on ships made to the Federal Bureau of Investigation in recent years, but many go missing, and family members, like Kendall “Ken” Carver, are left to pick up the pieces.

Mr. Carver’s daughter, Merrian, is one of those missing people, and tragedy struck on board a cruise to Alaska. More about that is below.

How Many People Go Missing on Cruise Ships? – The Start of the International Cruise Victims Association

Nearly 300 people have gone overboard or missing on cruises and ferries since 2000. According to a report released by the Cruise Lines International Association in 2016, approximately 19 people fall overboard every year when on a ferry or ship.

These figures are what the report says over time, but if you or your loved ones have an injury on a cruise ship or a case of a loved one disappearing, you need legal representation that will bring justice to you.

We have done it at Ehline Law Firm and are willing to do it again for you. We have worked with the International Cruise Victims Association for better legislation covering the cruise industry.

The International Cruise Victims Association (ICV) is an organization focused on representing the victims of crime on cruise ships, their families and friends, and individuals who are worried about the crimes that may occur on a cruise ship.

With hundreds of members, the group works to bring legal reform to protect passengers on cruises from crimes, focus on the rights of people who became victims of cruise ship crimes and provide support to victims of crimes occurring on cruise ships.

The organization’s goal is to contribute to growing a cruise industry where passengers and crew members are safe and secure from victimization while onboard a cruise ship.

After Merrian disappeared from a Celebrity Cruise Lines ship off Alaska’s shore in 2004, her father, Kendall Carver, became a tireless campaigner on behalf of the victims of crime and disappearance on ships. Ken became the founder of International Cruise Victims (ICV). 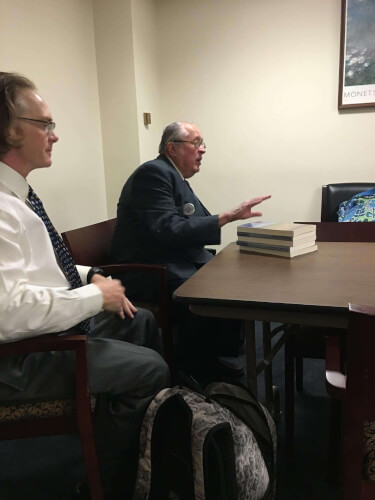 In 2005, in a T.V. interview, Mr. Carver narrated how sad it is to lose a family member while on a cruise by saying.

“We’ve learned that if something happens on a cruise, you are on your own.” 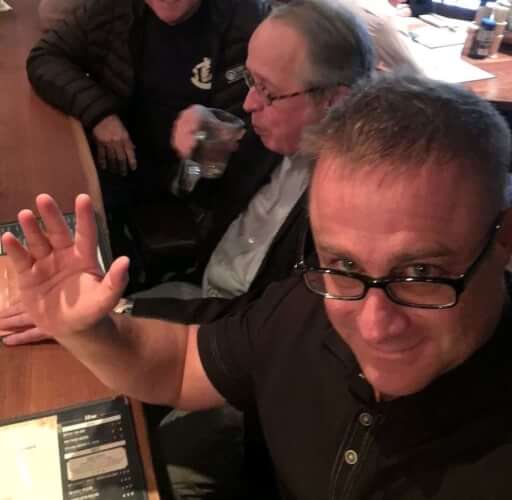 No other parents should ever have to go through the crap we’ve been through. We don’t know if Merrian is alive or dead. We don’t know if there was an accident or murder or suicide or something else… It is a sad story.”

He and our founder, Michael Ehline, have campaigned for cruise ship safety of passengers and, ultimately, lobbied Congress to enact the Cruise Vessel Security and Safety Act of 2010.

This legislation has made the cruise lines disclose missing passengers, report crimes on a cruise, and express the need for ships to have equipment such as rape kits for passengers and anti-retroviral medications in addition to the automatic man overboard systems, which are now supposed to be used when out to sea should any passengers fall overboard.

Michael Ehline has been instrumental in getting legislation to enact the cruise vessel security and safety act of 2010 alongside the International Cruise Victims association led by the late Ken Carver. This service on behalf of future passengers was pro bono by Michael Ehline of the Ehline Law Firm.

Ehline Law Firm has won many other lawsuits against cruise ships and their companies for disappearances, sexual assault, and many more. We offer a free initial consultation with you and evaluate your potential case. We do not charge you any legal fee unless we score a financial recovery for you. Call today at (213) 596-9642.