Can I Claim The Diminished Value Of My Car After An Accident?

The answer is, maybe, depending on how hard you can fight and the amounts of insurance coverage to pay, as discussed.

Under California law, the crash victim can only recover damages for diminished value from the party who damaged their motor vehicle. Most insurers do not offer diminished value protection under their Collision Coverage rider. If it is covered, coverage will be limited, based on the auto’s fair market value before the crash minus the cost of vehicle repairs. It’s not as simple as using a calculator either if consumers want to be successful and qualify for this extra money.

Unhappy With The Insurance Company?

Did the insurance company deny your claim for paying diminished value despite witnesses and evidence indicating it was not your responsibility? Are you stuck with a deductible and a car worth far less than its original appraisal value before the accident occurred?

Believe it or not, with some exotic or historic vehicles, the victim is less concerned about their own health than they are about their classic vehicles. I am Los Angeles insurance law attorney, Michael Ehline. I deal with estimates and property damages in personal injury cases for a living. Below I will share the secrets of recovering diminished value for motor vehicles.

To begin with, a car that has never crashed could lose significant resale value even when repaired after an accident. At the end, I will offer a free consultation if you still need more info about handling a diminished value claim in California with an insurance company.

So let’s start—no question about it, in California’s car culture, our whips reign supreme. As Los Angeles personal injury lawyers, we find that many of our most severely injured clients are more concerned about the diminished value of their damaged autos than themselves.

And when one of our clients owns a classic, custom, or a sought-after brand name car like a Mercedes S-Class, or BMW M-5, many owners complain that:

“My car is no longer cherry,” or “I will never get what my car is worth now, can you get me money for the loss of value?”

Many of our clients are shocked when they discover that the defendants and even their auto insurer will fight tooth and nail to pay far less than a car is worth, let alone pay money for a lost or diminished value. Most insurance adjusters are professional wordsmiths and taskmaster when it comes to defeating a diminished value claim.

They will argue that even though automobile insurance covers your vehicle, all you can get is enough compensation to restore your vehicle to its same look before the collision. But when you try to sell your car or do a trade in, a potential buyer purchaser can see its accident history using an app like Carfax. Becuase of this, auction houses and used car dealers may refuse to pay the true value of your or trade-in value. Typically, since it’s not cherry, they will offer you far less than the true value of your vehicle.

And since injury lawyers don’t usually get part of the property damage payout, they are not exactly excited about making a California diminished value claim. As such, only the savviest and most sophisticated personal injury lawyers understand or even care about the value of your vehicle. It automatically loses its worth before and after a crash.

Even a high-end vehicle insurance adjuster will argue with owners about filing a diminished value claim to recoup the loss of their car’s value after a wreck. We already know the insurance company pay less than full value on most claims unless forced under the car insurance contract. Don’t assume uninsured motorist coverage will handle this either unless you are prompt and have the coverage. In most states, the a insurance contract holds out an exclusion for diminished value if you caused the crash and structural damages with the other driver.

The insurance industry would prefer not to pay diminished value for a fully repaired vehicle. This is why a police report at the accident scene is helpful to show liability for severe structural damage to the damaged car, truck, or other physical damage claims.

Make sure to check with your state insurance commissioner’s office when involved in an accident before yelling a the insurance adjuster or insurance agent bearing the bad news. Also, there is a three-year statute of limitation on diminished value claims in California. Even then, getting the full value of your own insurance for your car’s market may require forming an attorney-client relationship with a top-notch lawyer to file a claim on your behalf for the covered loss.

What Is A Diminished Value Claim For A Motor Vehicle?

In a nutshell, a diminished value claim is when a car owner or their lawyer demands the difference between their model’s current market value and the car’s make before the wreck.

But there are many types of diminished value claims for a vehicle, as discussed below.

What Are The Different Types Of Diminished Value Claims? 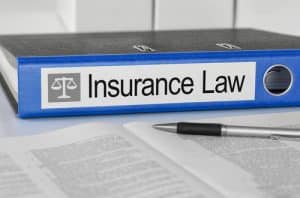 Many leasing companies will ding you for any post-accident repairs made with low-end parts or related items. So it’s not just vehicle parts insurance companies generally pay less to cover in a car accident. What if your own insurance company paid a repair shop to repair with used Chevy paint to spray the repaired area, instead of the original, factory OEM Mercedes Benz paint, for example?

Maybe the paint is the wrong color or looks like an orange peel pattern? Or how about when the repairman uses a non-original bumper, or headlamps, etc.? So basically, you have two issues with these cases.

“you want to be sure that when you get repairs done, it’s with Porsche parts or Tesla parts or Mercedes parts and not generic parts,” according to Janet Ruiz, strategic communication director with the Insurance Information Institute. She went on to say that: “Those sometimes will diminish the value of your luxury cars.”

One issue is the repair’s quality, and the other is the items used to make the repairs. In either situation, low-quality goods and services mean a lesser value at the market when the vehicle is listed for resale. And this is particularly the case when trying to calculate diminished value with a classic car, such as a 1957 Porsche 356 A, for example. The final diminished value depends on many variables associated with an auto accident and the damaged vehicle type, model and year.

Super cherry car like that, even if you can find the original parts, will never get the market’s full value because it is no longer cherry. So how do you reconcile all of this? First, you need to look at the coverages and exclusions for your insurance policy. If you don’t have full range, the other party may not have enough to cover all the damages, let alone enough to pay the diminished value. So when a car cannot be restored to its original condition, what happens?

Most of the time, the insurer will argue that they will only pay your car’s depreciated value. This is normal in cases of a total loss. But that is a non-sense argument because it does not address that a crashed car, even when depreciated for everyday wear and tear, is still diminished in its actual value compared to a used car that did not hit. Eventually, if you fight hard enough, the insurer may finally attempt a 17c calculation, discussed below.

Generally, an insurer will try and pay what’s known as the “inherent diminished” of your car. And that happens when a motor vehicle loses value because it now has a history of damage, indicated in the car’s title. But this type of diminished value claim might ignore that the wrong paint or parts were used, as discussed above.

So, in that case, the insurer is underpaying the claim. Moreover, this remains true regardless of repairs after the accident because the repairs were not legitimate and wrongly made.

This claim is rarely deployed since most people don’t take a property damage claim to court. Here, the resale value before the damage and immediately after gets calculated by the auto’s insurer or a court.

Since the insurer was directly involved in adjusting and controlling the repairs and claims adjustment, the insured or third-party claimant will argue the repairs are completed wrongly or not.  Because of this, the vehicle is not in the proper condition to achieve a par value sale.

What Are The Steps In Making Diminished Value Claims?

As noted above, a formula known as 17(c) will often be utilized to determine the amounts due and owing for a typical diminished value claim.

“Most insurance companies use a calculation known as “17c” to arrive at a monetary value for your car in post-wreck condition. This formula was first used in a Georgia claims case involving State Farm and derives its name from where it appeared in the court records for this case – paragraph 17, section c.” (Source).

Let’s look at the steps you or your lawyer need to calculate the 17(c) diminished value below.

Below is the typical scale used by adjusters to achieve step 3:

Many people have now started to believe they know a lot about car accident claims. Mostly they have read the information on the internet about suing and getting money. This belief couldn’t be more wrong. The misinformation from insurance companies keeps people from knowing the truth of the matter. While filing claims for the vehicle damage done accidentally, most people completely forget about the diminished value.

Do I Have A Claim?

If you or your loved one’s car got wrecked in an accident caused by another driver’s negligence, you have a diminished value claim. Should you go for it? Are you prepared for the hassle of handling this matter? Is this case worth all the time and energy that will get spent on it?

The short and easy answer to all the questions is that you must go for this claim. This is because it is worth every second of your effort and struggle to negotiate from strength. Here are some common reasons below. These cover why so many people don’t fight to compensate for their cars’ diminished value after wrecks.

Reasons Why So Many People Avoid Diminished Car Value Claims?

They will frustrate your making claims for the damages done to you and your car in a wreck.

What About The Hassles & Complications Of Pursuing A Diminished Value Claim?

Due to insurance companies’ unwillingness to pay the diminished value of cars’ claims, things can worsen. For example, when you try to file this claim. It is to say that the case will be nearly impossible for you to handle. But you will need to talk to an experienced lawyer and see the potential of the claim.

Not pursuing it at all is not advisable. It would help if you kept in mind that every dollar lost in your vehicle’s resale value means money coming out of your pocket some time or another. Whether or not you want the wrongdoer to pay for it depends on your take on the case.

As mentioned above, people don’t usually claim the diminished value of their cars. Typically, it’s because they don’t think it is worth the pursuit. They avoid such a claim because they don’t want to hassle themselves. It’s often another claim which, to them, doesn’t sound significant.

Only an experienced lawyer can help these people come out of this mindset. He can tell the people how valuable the claim is and why fighting makes sense. Once again, people should talk to their lawyers instead of reaching the results themselves. Call us today for a free consultation with a tier one car accident attorney client relationship at (213) 596-9642.