Motorcycle operators carrying passengers may have liability in the event of an accident. A crash or collision wounding the passenger could mean the operator has to pay him or her money damages. Motorcycle riders are not always the only ones injured in an accident. For example, what about when bike operators are carrying a passenger?

Passengers can even be thrown off the bike and killed just as quickly as a rider.

The causes of motorcycle accidents could be by negligent actions by another motorist. In some cases, the collision may be a combination of a negligent driver and the rider operating the bike. The rider/operator of the bike might be irresponsible. He or she could make an error in judgment. This could cause an accident. It could also contribute to a collision with another motorist.

The Responsibilities of Motorcycle Operators With Passengers.

Having a passenger on a bike is a tremendous responsibility. And this is because riding a motorcycle is far different than having a passenger in a four-wheel vehicle. This remains the case,great particularly if the new passenger. Riding on the back of bikes means the occupant needs to move his or her body along with the rider.

Drivers in automobiles and commercial trucks assume this responsibility when they have passengers. But there remains a higher level of safety in those vehicles. They are in an enclosed cage with seat-belts for starters.

Actions or inaction of a motorcyclist resulting in injury to passengers is negligence. If that occurs, the passenger legal rights. He or she can then seek financial compensation for their damages. The law entitles them to do so.

Experienced motorcyclists are cautious when riding. But when they have a passenger on the bike and acting recklessly, things can go wrong. Showing off his or her riding skills can put the passenger in danger. The harm can be great or small. Getting thrown off a bike can cause scrapes, wounds, or worse.

The passenger on most bikes is usually family, significant others, or friends. That person may have to sue the operator. This can be extremely emotional for the unwary victim passenger. It’s hard to sue someone you love, and it could destroy the relationship.

The injuries in a motorcycle wreck can be significant. So this makes it imperative to seek compensation. And that covers the damages.

Below are some of the ways motorcycle accidents happen due to failures of the operator:

As discussed above, the victim is usually someone close with the operator. Formal relationships make the passenger apprehensive about filing a legal claim. And this remains true even though it’s usually against the biker’s insurance often.

It’s even harder if one has to file a lawsuit to recover damages. And this can expose the personal assets of the motorcyclist. One of the biggest fears for the passenger is how it will affect their relationship. There can be other factors. Also, this is because these crashes are often dangerous with severe or fatal injuries to both people.

Some of these below factors can further complicate passengers seeking compensation:

If you were a passenger on a motorcycle and injured in a crash, you may have questions. It is common to have questions about your legal rights and options to get damages. Also, this is an emotional situation between the injuries and the effects they have on your life. When the operator of the motorcycle is in a close personal relationship, you need a lawyer.

The lawyers at Ehline Law Firm can assist you in evaluating your claim. We can explain your legal rights to recover damages. The damages the passenger may get are high. They include medical expenses, ongoing care. They also include rehabilitation, therapy, loss of wages.

Sometimes they include the loss of opportunities, pain and suffering, and other damages. Attorneys can determine the best way to proceed with your claim. Ehline Law Firm can help protect your rights in this complex process.

Recovering compensation is possibly a phone call away. Call us right now for a free legal consultation. Our number is (213) 596-9642. Don’t leave money damages on the table.

Jun 24, 2020
Is It Legal For Kids to Be Motorcycle Passengers and Riders?
Related Post 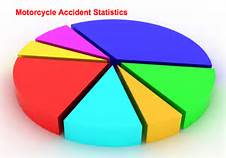 May 28, 2020
Statistics on Motorcycle Traffic Collisions