“Wrongful death” remains a particular legal term that can be defined differently based upon the Federal, State, or other locality’s jurisdiction and venue. 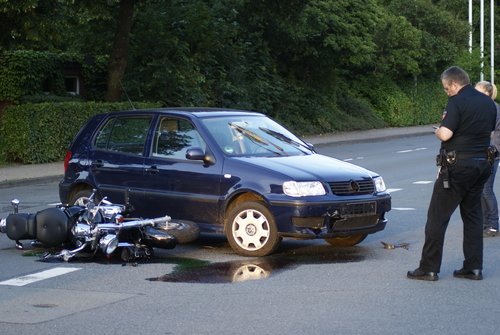 In California, we look to the Code of Civil Procedure Section 377.60 for the legal definition, which states: “A cause of action for the death of a person caused by the wrongful act or neglect of another may be asserted by any of the following persons or by the decedent’s representative on their behalf: (a) The decedent’s surviving spouse, domestic partner, children, and issue of deceased children, or, if there is no surviving issue of the decedent, the persons, including the surviving spouse or domestic partner, who would be entitled to the property of the decedent by intestate succession. (b) Whether or not qualified under subdivision (a), they were dependent on the decedent, the putative spouse, children of the putative spouse, stepchildren, or parents. As used in this subdivision, “putative spouse” means the surviving spouse of a void or voidable marriage found by the court to have believed in good faith that the marriage to the decedent was valid. (c) A minor, whether or not qualified under subdivision (a) or (b), if the minor resided for the previous 180 days in the decedent’s death at the time of the decedent’s death household. It was dependent on the decedent for one-half or more of the minor’s support. (d) This section applies to any cause of action arising on or after January 1, 1993. [Emphasis]. (Source).

Basically, in a motorcycle case, when a rider dies, they may leave survivors behind, defined above. The decedent’s loved ones, called “survivors,” are enshrined by courts with the right to file a civil lawsuit against a person causing the accidental killing. The most common motorcycle wrongful death accidents involve the wife and children suing a company or individual after their spouse or parent was run over and killed riding a motorcycle.

As discussed here, wrongful death laws are very much a creature of statute, as no action could be had in prior English Common Law courts. Wrongful death in California also has different rules for different classifications of individuals. For example, a CACI jury damages form for the wrongful death of an Adult (CACI 3921). And other jury instructions are dealing with claims by children. (See CACI No. 3922. Wrongful Death (Parents’ Recovery for Death of a Minor Child)).

California’s wrongful death enables gay partners and traditional families to recover economic and non-economic damages when an individual meeting the survivor’s statutory definition files a wrongful death action. Typically, for L.A. courts, the decedent’s survivors will retain a Los Angeles wrongful death attorney after someone has passed away due to someone else’s wrongful act. (See also Code of Civil Procedure Section 377.60).

According to the Insurance Institute of Highway Safety website, more than half of all casualties and deaths on motorcycles are caused by negligent fellow motorists. (See also NHTSA website) And this is simply a staggering number compared to passengers’ deaths in an enclosed passenger car, for example. But a whole plethora of reasons people ride exist. And when we do ride, we don’t expect another vehicle or an unsecured load falling from a flatbed truck to strike and kill us, for example. But riders constantly die on California roads when we traverse California highways, exceptionally crowded areas like Greater Los Angeles. These tragic events are accelerating with disturbing frequency as the economy worsens.

At ehlinelaw.com, we recognize the hazards, duties, and responsibilities of motorcyclists on our highways and freeways. Also, we will fight hard for surviving families until the bitter end to ensure they receive maximum compensation for their damages. The last thing wrongful death victims want is an under-performing sloth as a lawyer. Michael Ehline, your lead counsel, is a hard-core, inactive United States Marine. We are Gung Ho attorneys!

When a motorcycle collision takes the life of a life partner, your kids, or your parents, the heir could have a right to get just and fair compensation by hook or by crook. And this is done by either negotiating a settlement or filing a motorcycle wrongful death lawsuit at the courthouse.

First, one needs to understand that even if the case falls under the umbrella of a negligence claim, courts and adjusters will reduce the request’s value based upon the comparative fault, if any, of the decedent motorcyclist.

Non-human factors like road conditions may not have been deemed safe for the actual speed of the motorcycle. So partial fault is always a factor in your case. And that combined with the wicked deeds of the other person could have killed the rider. So once your lawyer meets the minimum degree of negligence, the survivors can seek indemnification.

Some of the possible things for which a victim can recover the almighty dollar include:

Medical costs and hospital bills, etc. Some people never come out of their coma, even if they were able to survive the spill. But if they do, and die later, then the survivor has the right to seek compensation in court for all of the above in a survivor’s action, discussed here).

These are just some of the things that can be included as damages when seeking legal recourse. Ehline Law Firm can explain to the family what their options might be. The Ehline Law Firm is compassionate to the family’s needs that experienced a wrongful death motorcycle accident.

Selflessly, compassionately, and unafraid is how Ehline Law Firm and the loyal staff in our offices deal with those in need after a devastating motorcycle-related death. Based in Los Angeles, California, Ehline Law Firm advances the financial interests of the disabled and those survivors left behind. Many have lost a wage earner, partner, spouse, or close loved one and grieve heavily. All this was avoidable if not but for the negligence of another on the roadway.

It is no easy thing to deal with the grief and depression when the loss of the life of a close family member finally hits home. No amount of praying or wishing can raise him or her from the dead. However, in some situations, you may have a statutory right to recover money damages in court. Although no amount of windfall can end your torment, it helps lessen the overall loss.

Ehline Law Firm is a faithful, zealous advocate for assisting families with a broad spectrum of personal injury and negligent death claims. We are devoted to facilitating these tragic claims on a fast-track basis so that our clients can attain remuneration for their wrongful death motorcycle loss and expenses.

We remain at your beck and call to prescribe solutions, give you pointers and tips, etc., so you help us prepare the case and make it stronger. The better your attorney works up your file, the higher your chances of quickly resolving your case and handily. We want to be your legal guide and compensation protector. We are here to help the damaged party try and emotionally heal while holding the defendant(s) liable to pay the price for insolence.

What Are The Primary Causes Of Motorcycle Accident Deaths?

By far, the single most significant cause of rider deaths is when an automobile strikes a motorcycle. Of these, head-on collisions and left-hand turn stikes at intersections are known to take riders down. Statistics show that more than half of these incidents involve one or more vehicles. It could be a road rage driver, a woman putting on makeup, a man talking on his phone, and so on.

There are too many ways to die, even to list. Plus, more often than not, everyone on the road is in danger. In particular, motorcycle riders are at risk. And street racers are famous for reckless speeding and running down bikers. But individuals driving while intoxicated is a leading cause of deaths on the highway as well.

The majority of injuries to a rider occur when the bike is new. Also, this remains true even if the rider has vast experience as a biker. A new bike, coupled with unfavorable road conditions, can cause the operator to lose control of the motorcycle.

Negligently maintained roads could cause potholes or trash and objects in the street to take a bike down. These are not the only hazardous conditions that may exist. An oil spill or poorly marked construction zone could spell certain death. Your accident location could be a pre-existing accident scene. If the police or road crews failed to safely mark off the disaster area with signals flags or flares, you could die. You will have little time to distinguish between these terrible roadway predicaments that can mean death to riders.

When a poorly made motorcycle or one of its parts fails, this failure advances the risk of death to a rider. Examples include a faulty brake or a fuel system failing to engage. Or they could engage when they should not. The list of mechanical failures experienced by motorcycle riders is seemingly endless. But these can involve poor welds, defective tires, and more. (read more.)

What Are The IIHS Statistics On Motorcycle Related Fatalities?

A total of 4,281 motorcyclists died in crashes in 2009. Motorcyclist deaths had been declining since the early 1980s but began to increase in 1998 and continued to increase through 2008. Motorcyclist deaths decreased by 16 percent in 2009 compared to 2008 but still accounted for 13 percent of all motor vehicle crash deaths in 2009. In contrast, at 23,437, fewer passenger vehicle occupants died in crashes in 2009 than in any year since the National Highway Traffic Safety Administration began collecting fatal crash data in 1975.

What Should I Do After A Fatal Motorcycle Accident?

When faced with the tragic fatal loss of a loved one, keep your eyes on the ball. It would help if you took rapid action. Take steps right now to preserve the evidence and secure witness information. Also, you cannot blow the two-year wrongful death statute of limitations. By retaining us, we can handle all of this for you. We go the extra mile to do all of the necessary things to build your case while grieving.

Attorney Michael P. Ehline, Esq. has years of experience in serious accident insurance claims and as an experienced motorcycle rider. So this remains an emotionally trying time for a family. But we offer free and confidential consultations. And we’ll do it over the phone or in the comfort of your home or office with an initial free consultation to discuss your critical case.

We have an outstanding record for successfully recovering millions of dollars in wrongful death and severe injury cases. We will answer any client questions and without any obligation, pressure, or fee. If you need a wrongful death motorcycle accident lawyer, reach out to Ehline Law Firm (213) 596-9642. You can also feel free to use our convenient online contact form for faster service. When only the best local California injury attorney will do, you retain Ehline Law Firm’s legal representation!

Is Riding a Motorcycle Worth the Risk?
How to Hire a Motorcycle Accident Lawyer in Los Angeles
Ring Announcer David Diamante Icy Motorcycle Crash Analysis