Tips for Driving on the Right-Hand Side of the Road 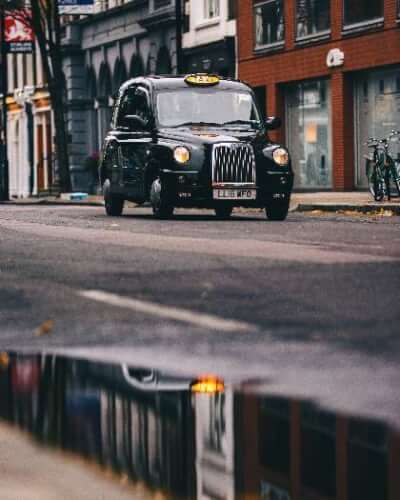 Ideal Tips for Visitors From Great Britain, Ireland, or Australia to Los Angeles

Perhaps you have never driven on the “wrong” side of the road before. When I lived in Motherwell, Scotland, I almost crashed a brand new British Sterling in a head-on collision. Oh, and forget about using a stick shift. It’s way too confusing.

I wrote this for all you Brits who want to make it back home in one piece by understanding how to drive in the right-hand lane. Besides having few roundabouts, and no “railways,” the City of Angels is a devil of a place to Holiday. To begin with, in California, it is an illegal misdemeanor to drive on the wrong (left-hand side of the road).

Driving on the right is not always easy. Road positioning remains vital

Driving on the right side of the road is the law in the U.S.A.

Learn about driving on the right side of the road.

It is unlawful to drive any vehicle upon a highway, except to the right of an intermittent barrier or a dividing section which separates two or more opposing lanes of traffic. Except as otherwise provided in subdivision (c), a violation of this subdivision is a misdemeanor.

Because of this, visitors from left-hand lane driving countries need to take heed of their rights, duties, and obligations when visiting Los Angeles, California.

As a British left-side hand lane driver, your years of experience driving on the wrong side of the road were hammered into you by everyone:

However, there is a strong chance that you will travel to a place where the opposite is true. Nations that used to be part of the British Empire (except for Canada) drive on the left side of the road. These include the United Kingdom, Ireland, India, and Australia. And while your passport may not be stamped yet, it’s better to be prepared for when that day comes.

Driving on the right side of the road requires driving skills, and a general understanding of traffic systems, road signs, and traffic flow. In particular, U.K. drivers should approach roundabouts slower than in Britain to allow sufficient time to observe traffic flow, traffic signs, and traffic lanes. The same goes for the three-way T junction or T intersection. Everything is the reverse of your normal left-side driving tradition in the United Kingdom. In fact, having a native co-driver who knows the road rules can save lives when you’re fresh off the boat from the U.K. It’s also helpful to taxi around a local car park in the right lane before heading to a freeway or residential street. Once on the street, stay in the slow lane till confidence rises.

As a longtime personal injury attorney, I have seen almost everything. And most of the time, if someone is driving on the left-hand side of the road in Los Angeles, for example, it is because they are doing something wrong. However, many of my clients have traveled overseas where people don’t drive on the right side of the road.

And often, they can’t resist the opportunity to get behind the wheel in another country to right-hand drive. If that sounds like something you are going to do, it is best to be prepared for any contingency.

Breaking the Habit of Driving on the Other Side of the Road.

Shutting that part off that left-side driver part of your brain is not easy. But we are here to help. Below we will see several ideas on how to make the transition easier.

What are Some More Preparation Tips?

Make sure to prepare the car first. This has many elements. And this includes checking your mirrors, adjusting your driving pattern, and getting used to having someone in the passenger seat. Every second taken understanding your new driving circumstances will pay dividends in the future.

The above is not an exhaustive list but, hopefully, an excellent primer in understanding the differences and driving between countries. Should you hop on that flight and find yourself in these circumstances, refer back to this website for more information on how to drive safer and avoid accidents.

What Are Some Of The Potential Legal Ramifications of Driving on the Wrong Side of the Road?

The four basic issues a person needs to know about driving on the wrong side of the road are:

Yes. Extradition laws are a legal procedure created to return fugitives from justice to the country, state, or even county, back to the jurisdiction where the alleged crime occurred.

Usually, extradition laws are invoked when:

In these types of cases, treaties between the U.S. and other countries, such as the U.K., have created reasonably fair extradition laws. In such cases, only the governor has the power to extradite or fly the lawbreaker back to California to be held to answer.

During this time, the incarcerated defendant may:

Unfortunately, until the fugitive is recaptured back to California, which can take as long as three months or more, a presumption of guilt exists. And this is one of the few times someone is deemed guilty. But this presumption of guilt ends once the accused is back in the hands of California and jail. Typically the captured fugitive will remain incarcerated until the time of trial, or conviction, whatever comes first. Of course, the defendant may also have time to serve a pre-existing sentence, which will surely be enhanced.

Recently, we saw in the news that the U.S. refused to extradite a diplomat’s wife for a wrong-way driving car accident case after she fled the U.K. back to the U.S.

“On Thursday, the U.S. government denied a British extradition request pertaining to Anne Sacoolas, an American diplomat’s wife. Sacoolas admitted to driving on the wrong side of the road when she collided with 19-year-old Dunn in August, but she claimed immunity and fled to the United States.(Source).

The above case is the reverse of what we are discussing here (the U.K. demanding someone from the U.S.). Moreover, the Sacoolas matter involved matters of diplomatic immunity. Cases such as this are different than a run-of-the-mill extradition case. But the idea is the same. Someone is accused of breaking the law by driving on the wrong side of the road in another country and later flees. Now the host country, via treaty, arrests and holds the fugitive, until such time, as the terms and arrangements to transfer custody are made. During this time, many defenses can be raised to stall or prevent the actual transfer of the prisoner back to California.

California Penal Code Sections 1548 through 1558 govern extraditions of fugitives back to California.

Subject to the provisions of this chapter, the Constitution of the United States, and the laws of the United States, it is the duty of the Governor of this State to have arrested and delivered up to the executive authority of any other State any person charged in that State with treason, felony, or other crime, who has fled from justice and is found in this State.

Federal laws also exist for enumerated types of crimes. And the feds have unique procedures involved in that type of extradition. Although Federal statutes and the U.S. Constitution place a ceiling on extradition procedures, States are authorized to use less stringent standards, like those found in the U.S.A.

The UCEA sets forth the rules each county and locale must utilize to effectuate the return of the lawbreaker to justice. Sometimes, like in the Julian Assange case, the fugitive will claim political or another type of asylum in the host country to which they absconded. So the UCEA covers the procedures to be followed in such cases.

There are also other considerations, such as the death penalty. Moreover, humanitarian instances exist in which the U.K. will not extradite. For example, what if there is a possibility the defendant could face death, such as in an aggravated vehicular manslaughter case?

Then, in that case, the countries would have to negotiate a deal where the death penalty would not be involved. Otherwise, the U.K. will not allow extradition for humanitarian reasons.

All the feds that need to invoke extradition are below. The extraditing state (federal or state jurisdiction within the state) deliver a copy of the indictment or affidavit setting forth the fugitive’s crime(s). The hosting or asylum sought land then effectuates an arrest and confinement of the defendant for no longer than 30 days. During that period, an agent from the demanding state must come and “claim” the fugitive. If no agent appears during that period, the host state has the legal authority to free the prisoner.

The key here is that federal law controls whenever a discrepancy arises over which law should be used. California will not always go after minor offenses because of the sheer expenses involved. But they will issue warrants. And if the defendant re-appears on U.S. shores, they can be arrested and face justice at that time. But the governor has to look at the costs in time, travel, and resources of bringing people back for relatively minor crimes, for example. And with the defunding of the police movement, crime fighting is not being prioritized at this moment.

If California chooses the governor’s warrant and extradition, some steps include:

Can a fugitive fight an extradition order?

As noted above, under the federal scheme, several methods exist to defend against extradition back to California. Mostly, lousy paperwork or mistaken identity will result in the waiting jailed person’s release from jail while lingering in the asylum country.

Will My California Driving Convictions Follow Me Back to the U.K.?

No, there is no transfer of your California driving points to the U.K. Perhaps some info would be shared with commonwealth countries, such as Canada, but that is a North American country and not a left-side driving state. (Source.).

Above we covered tips for how to drive on the wrong side of the road for tourists and newcomers to Los Angeles, California. Also discussed were the relevant Vehicle Code and Penal Code Sections regarding extradition back to California for people fleeing justice.

Last, we explained that the arrest and driving records from California typically wouldn’t follow a person back to the U.K. If you need help answering a wrong-way driver-related question, please call Ehline Law Firm now at (213) 596-9642.