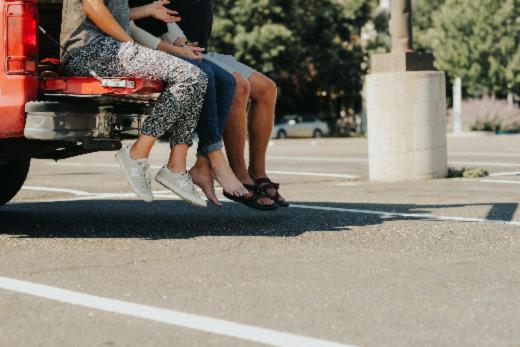 Burn injuries are not something most people expect to receive during pre-football game tailgate parties.

But when you think about it, barbecuing on the tailgate of a truck filled with liquid explosives (gasoline) is a burn injury accident waiting to happen. And happen it did on Tuesday. Florida regional news reported about a dozen vehicles caught fire from a tailgate party in Hard Rock Stadium’s parking lot during Dolphins vs. Patriots game in Miami Gardens, Fla, destroying 11 cars. Let’s explore the details of the news with Ehline Law and our injury attorneys.

On September 13, 2022, during a Dolphins vs. New England Patriots game, a fire set ablaze nearly a dozen vehicles, destroying them in the process. Although the Miami Dolphins defeated the New England Patriots, securing a 20-7 victory, some of the Dolphins game fans lost that day.

During the first half of the game, spectators saw thick black smoke coming from the parking lot and reported hearing pops as tires exploded at the massive Florida stadium.

People started sharing images of the smoke over social media as the police and the Miami-Dade fire rescue department arrived to ensure the safety of the citizens nearby. The police closed down NW 199th Street, running south of Hard Rock Stadium.

According to the police department, the fire broke out at 1:00 PM, and it took ten fire units around 30 minutes to extinguish the fire that burned down 11 cars.

Upon investigation, the police found a grill underneath one of the vehicles from a pre-game tailgate party. It could’ve caused the first vehicle to catch fire during Dolphins’ play, spreading to multiple cars nearby like a domino effect.

Besides damage to several cars at the Miami stadium parking lot from the tailgater’s grill exploding, nobody suffered any injuries or experienced death, and the police ruled the fire incident accidental. However, many feel that the stadium provided inadequate security and that this incident could have been worse.

Witnesses also confirmed police statements about the tailgate party grill sparking a fire. Most of the vehicles in the parking lot suffered a total loss. In the “Miami Dolphins tailgate leaves 11 dead cars” incident, victims can seek compensation for property damage.

For now, the stadium to watch is the Dolphin’s home for beefing up security for the fans. At the end of the day, if this were a California case, the person who started the fire would be held liable for failing to take reasonable care to prevent cars from igniting.

This means they would have to cover the actual damages and possible loss of use and diminished value of the vehicle. To know more about property damage claims or if you’re a victim of one, contact us at (833) LETS-SUE for a free consultation on your case.

The Ultimate Guide to Burn Injury Compensation with Our Lawyers

Can We Safely Burn Used Plastic Objects in a Domestic Fireplace?