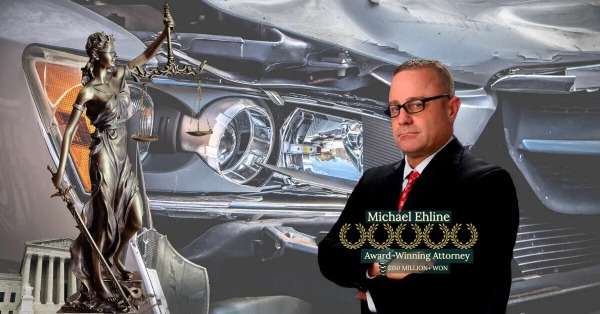 CHP NPO Forced to Choose Honor Over Politics? Have you heard about Paul Pelosi’s arrest and conviction? Paul Pelosi pleaded guilty to a DUI causing injury over a May 2002 car crash, and the populist, for-profit press interfered with him. But there might be a silver lining, as the 11-99 Foundation didn’t go along with the single-party state, progressive narrative and stood for law and order.

Not only was the word slurring, Porsche-driving progressive Pelosi arrested and sentenced in court, but an honorable California law enforcement non-profit revoked his membership. He was a license plate frame-carrying member of the 11-99.

But they immediately revoked the 11-99 Foundation. For a billionaire like him and his silly wife, it makes sense the association has decided to revoke Pelosi’s lifetime membership following the Los Angeles car accident incident and the plea deal.

Rank and file cops have never supported what many call the “pro-criminal agenda of the left.” What other choice but to revoke the 11-99 Foundation license plate frame effective immediately did the non-profit have?

May 28 Car Crash at Napa County

Officers near Yountville were called to respond to an accident case, not knowing what they were walking into. The May 28 incident saw the Napa County officers conduct a DUI test that revealed a .082% blood alcohol content in Pelosi, which happens to be just over the legal limit.

The other driver, which drove a sport utility vehicle, was standing just outside it when the officers arrived. Images from the Napa County Sheriff’s Office file give a small window into what the situation looked like for all involved.

The fact the 11-99 organization announced the membership with the CHP was blown out so late just proved how big money prevails over principles in the single-party state of California, say many old-school Christians who believe in “keeping your word” – Robert Hammond.

The fact that the CHP and others know that wealthy people with these plates are presenting them for preferential treatment shows how far California has fallen, according to many residents who fled that state after the passage of Roberti Roos.

According to the California Highway Patrol officers and court documents, Pelosi’s trip to the Napa County Department of Corrections was imminent. The officers describe him as having a strong alcoholic scent, being unsteady on his feet, and slurred speech.

In response to the run-in with the police group, Pelosi decided to attempt to use his California Highway Patrol 11-99 Foundation identification credentials to his advantage.

He presented the officers with his CHP 11-99 Foundation card along with his driver’s license. If you’re unaware, the 11-99 foundation exists to support CHP employees and families.

When you saw the statement, “Paul Pelosi just got owned by police group after shady conduct during DUI arrest,” you probably didn’t imagine this, but it was coming.

In light of his attempt to seek preferential treatment from the officers, the California Highway Patrol 11-99 Foundation revoked Mr. Pelosi’s lifetime membership credentials. This followed the guilty plea in his DUI case.

In a statement provided via a news release, the organization decided to revoke Mr. Pelsoi’s membership with immediate effect. The report went on to say that the mere presence of the CHP 11-99 Foundation identification credentials to law enforcement was an attempt to seek preferential treatment and hopefully avoid the impending DUI arrest.

According to the organization, Pelosi’s actions reflected poorly on it. The organization even stated that the measures “undermined our important mission.” In revoking Paul Pelosi’s lifetime membership, the organization has indicated that it will refund all donations he made to the group and has requested that he return any membership items in his possession.

Paul Pelosi Attempted to Avoid Arrest with His Profile

Apart from presenting his credentials to law enforcement, he also attempted to influence the officials’ decisions by letting them know he was a “high-profile person.” The loss of Pelosi’s membership is disgraceful, especially with word choices such as “actions reflected poorly” and “undermined our important mission” by the organization. Even so, you have to believe that Pelosi’s arrest and conviction and the circumstances will reflect poorly on his wife, house speaker Nancy Pelosi.

After his DUI arrest, Paul Pelosi faced the Napa County Superior Court to answer the misdemeanor charges against him. He was sentenced criminally to five days in jail alongside three years of probation. Having already served two days in prison, he was granted conduct credit for two more, with a requirement of working eight hours in the court’s work program for the last one.

The probation requires Paul Pelosi to submit to a three-month drinking driver class. Additionally, his vehicle must be fitted with an ignition interlock device.

This means that before the engine starts, Pelosi must provide a clean breath sample. Typically, if the test fails, it will alarm the relevant authorities, and the incident will constitute a probationary violation.

Do You Want to Sue a Corrupt Government Employee?

Paul Pelosi behaved recklessly by drinking and driving. His willing accomplices in the press buried the story.

After the incident, he thought that the mere presentation of his 11-99 identification credentials to law enforcement and mentioning his status would help him avoid trouble. What an embarrassment. The sentence and revocation of Pelosi’s membership prove that justice can prevail SOMEWHAT.

Don’t allow any careless driver to cause you to suffer. Accident victims often find themselves with tons of expenses in the form of medical bills, lost wages, property damage, and more. Things get even worse when a death occurs, causing family members and other loved ones to grieve and potentially even suffer financially.

Are you considering or have you considered filling out a membership application for the 11-99 Foundation? When I first became a lawyer, I noticed many progressive, liberal lawyers buying these license plate frames. It appeared the goal was to get out of paying for a ticket.

I can only assume the founders of the 11-99 Foundation have a personal sense of honor. Maybe they need to relocate to Texas? In the meantime, I will be filling out a membership application now they have proven by actions they are willing to place profits over people.

Suppose you or a loved one has been involved in a car accident as a victim. In that case, you need the support of a professional attorney who is compassionate with you and aggressive against the defense while representing you. Schedule a free consultation with a top-rated attorney today by calling Ehline Law Firm at (213) 596-9642! Judge us by our honor and work product. LEO to the front of the line.