Can I Run Over Rioters if They Are Attacking My Vehicle? Is It Legal?

We all know the story by now. High on a lethal cocktail of Fentanyl and other narcotics, George Floyd was arrested and slain by a police officer he used to bounce with at a local nightclub. Since officer Chauvin was white, it was presumed by the media it was a racist attack, and violent riots ensued. 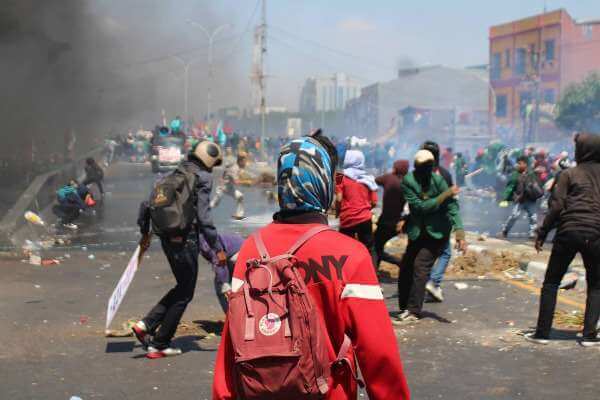 Is Running Over Rioters Self-Defense or A Gray Legal Area?

The crises of the last several weeks show a significant breakdown of our civil order– and a sharp risk to the average person. And this goes double for driving incidents in the cases of protests.

Several high-profile cases exist where terrified big rig truckers and passenger car drivers struck protesters on roads and highways. Below we will discuss some of the legal ramifications of illegal barricades on freeways, roads, and surface streets and whether or not a driver with no reasonable means of escape is justified in running human obstacles.

First, it helps to understand the difference between a lawful protest and an unlawful riot. On the one hand, there is a clear precedent for fear when stranded in a car surrounded by hostiles, including ANTIFA, throwing rocks. And the surprised vehicle operator could be attacked before, during, or after a curfew, for example. You don’t need to think back much further than 1992 and Reginald Denny, understanding the inherent risk of mob justice. Modernly, the mainstream news media, such as CNN, has launched a war to eradicate so-called “white privilege.”

Many of the ideas espoused by ANTIFA and BLM originated or revived and took root on college campuses. Many of these triggered students are taking campus popular socialist culture to a freeway near you. Still, the debate over which race is more privileged and whether colleges and universities are justified in cancel culture goes on over CRT curriculum in the k-12 school system (called “inter-sectionalism,” or some other name.). Less than 9% of college staff identify as conservative. Many claim they were run off the campus quadrangle by fellow staff and students using the same techniques and ideas used by the protesters. These past employees claim their opponents act like East German Stasi.

Sometimes these college-aged students and their college professor “minders,” will capture sidewalks and streets using bricks and other weapons to wreak chaos and destruction on passing vehicle drivers. In many cases, anyone who won’t submit and literally kiss the so-called oppressed’s boots becomes targeted for a beating, boycott, or elimination. 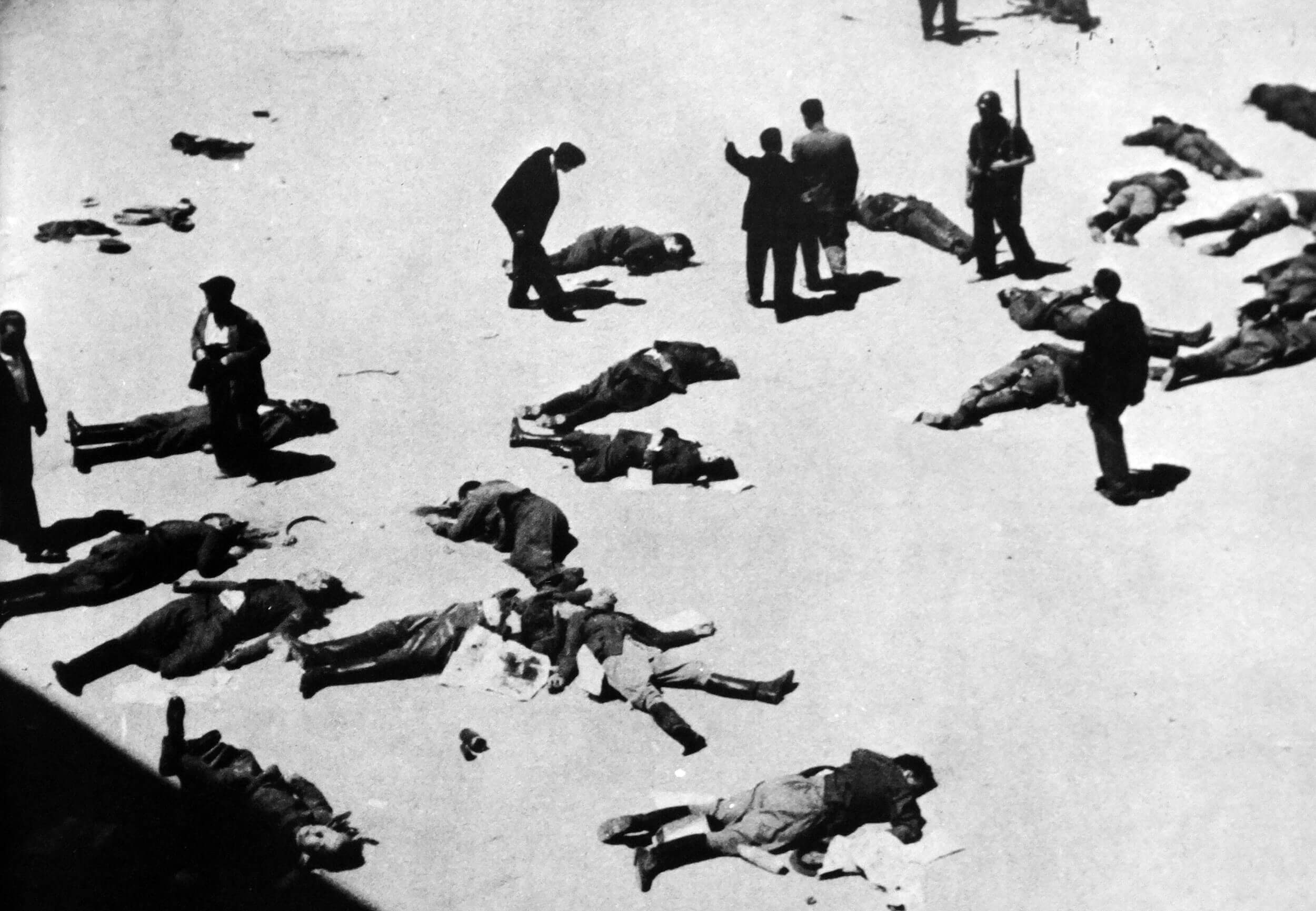 And this happens whenever a CNN or MSNBC news story presents itself where a light-skinned cop harms or kills a black ex-felon during a traffic stop, for example. In the case at the bar, the victim, decedent Floyd, had a violent past as a convicted armed robber. Riots, kidnappings, and attacks against people driving to or from work were sure to follow, and they followed.

The facts relate that while high on Crystal Meth, George Floyd was getting ready to operate a motor vehicle on a busy city street. Officer Chauvin, who used to bounce at the same club with Floyd on the same nights, apparently held a grudge against Floyd and vice versa.

George Floyd did not get along with the now-fired Minneapolis police officer charged with killing him while the two worked at a nightclub, according to a former coworker. (Source).

And that white cop, and fellow bouncer, officer Chauvin, had an equally terrible record at politeness and proper policing. Based on the video, the officers who aided and abetted in the killing of Floyd were a black officer, an Asian cop, and another officer.

“[Witness] added that he is sure that Chauvin would have recognized Floyd … He knew him,” Pinney said. “I would say pretty well.”(Source).

So it’s clear this was not some random arrest, at least not concerning Chauvin and Floyd. Interestingly, the media narrative about this Democrat-run police department is that this was a racist attack. Hence, police with “light skin” are racists. And the famous campus press infers that the other nonwhite cops had no choice but to participate because they were following the orders of their “white oppressors.”

Although there are no legal allegations that Floyd was targeted for being black or that the police themselves are racist, the Minneapolis city council will abolish its police force because of “white oppression.” However, statistics prove that white police officers are far less likely to shoot or harm minorities than minority police officers. So at this point, white privilege/oppression has become a faith-based political religion of sorts. Suppose you support America, law enforcement, and the military = racist. If you support anarchy and lawlessness = woke.

Whether we want to believe in math and science or if we wish to think white cops are evil oppressors, the result is that anyone using our roads is at risk of a mob attack. Race relations have been set back for hundreds of years, with things getting worse for people who want to get to work, feed their kids, and pay their bills. 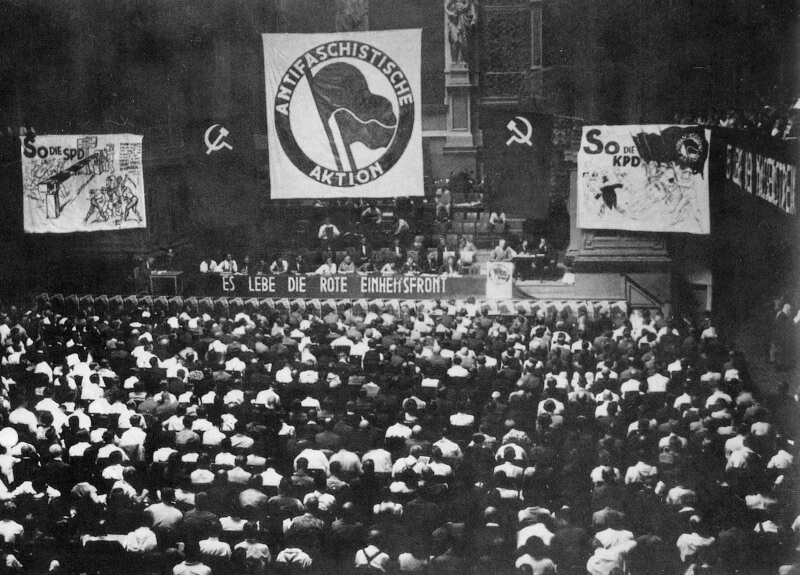 Many automobile drivers and commercial truckers have two choices:

Legal Gray Areas When Running Over Mobs and Insurgents in California?

Believe it; self-defense is not so cut and dry in California. If you have a left-leaning deputy filing clerk at the DA’s office, no matter how in fear for your life, you can easily face murder charges just for protecting your life. If you are of the wrong skin color and took a life defending your vehicle passengers, you could face “hate crime” charges if the protestors have dark skin, and you are an “oppressor.” Furthermore, the law itself is not as clear in cases where individuals hit protesters blocking roads.

If people’s mass is blocking the road collectively, but not surrounding any vehicles, driving and striking them would likely be illegal. For example, in one of the clearest incidents in the last several weeks, a semi-driver drove through a crowd of protesters in Minneapolis. That man, Bogdan Vechirko, was released by police pending further investigation.

In his case, he attempted to drive through a gap of protesters to continue. The intent to hit anyone was not entirely clear. Still, there is an ongoing investigation, and charges against Mr. Vechirko may be forthcoming for his role in the incident. And this goes double if there is significant public pressure. The same public pressure may be the most crucial in prosecuting such cases. It may seem bizarre for an attorney to write this– especially considering that states each have one set of laws.

Getting to Understand the Law– And Law Enforcement

So the legal ramifications of hitting protesters on the street will need to be addressed. Below we will discuss several of the critical elements. Last week there was an apparent incident when protesters blocked the 405 traffic off-ramp. Similar events took place across the country in the previous several weeks. The issue of hitting a protester– through their actions or yours– is a legal minefield. However, it remains an issue due to so much destruction during the protests each day over the

last week. Below is not a comprehensive legal guide. In fact, due to the changing circumstances on the ground and the potential for selective enforcement, we recommend not using the following as specific legal advice.

Instead, I am writing it as a primer based on my legal field experience. Also, I’ve seen many of these incidents firsthand. I came of age during the 1992 LA Riots and having lived here during that difficult time after my service in the Marine Corps. I’ve been studying it ever since. In many ways, the aftermath of Rodney King’s beating was a key moment for the city’s and my own– understanding of the law and rioting.

What to Do in Cases of Blocked Roads?

Over the next several days and weeks, I will cover these issues and incidents more. Keep it tuned here for updates. However, in the face of ongoing protests, there may be added political pressure to prosecute anyone involved in stifling protests, even if there are no severe injuries.

I am working on a series of articles on the subject– keep reading here for more info. This has been a free, non-partisan public service message from Ehline Law Firm Personal Injury Attorneys, APLC. Contact us today to learn more about personal injury law and self-defense.