How Bad Were Tyler Perry’s Injuries from His Bentley Car Accident?

Tyler Perry was Involved in a Car Accident. No Serious Injuries Reported

Not bad at all. On a Wednesday night in December 2021, just after leaving Burbank Airport in Los Angeles, CA, Tyler Perry was involved in a car crash. 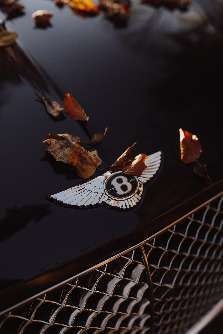 Suffer an airport car crash like Tyler Perry? Receive a Free Consultation Today! I am Los Angeles airport accident attorney Michael Ehline. I have over 20 years of experience helping accident victims. My law firm has represented thousands of people and has obtained over $150 Million on their behalf. Below I will discuss the Tyler Perry car crash and some pitfalls accident victims face, including how to form an attorney-client relationship.

The 52-year-old movie star and director were unexpectedly involved in a T-bone collision with a Honda Accord while driving his Bentley SUV in Sherman Oaks. Perry was on his way home from Burbank Airport on a Wednesday night on 15 December 2021 when this occurred.
While none of the drivers were hurt, both cars were damaged.

Police Were in the Area

Police were already in the area as they were directing the traffic. According to law enforcement authorities, the collision was not serious enough to warrant a police report, and everything would be handled privately between Tyler Perry and the other at Hollywood Burbank airport in Los Angeles County that day after the other driver cut across three lanes of traffic into the path of the famous film director mogul.

What Did the Report Say?

Thankfully no one was hurt. The other vehicle involved in the collision was a Honda Accord. The female driver of this car cut across three lanes of traffic into Tyler’s path while leaving the airport. According to the report, the OTHER driver admitted fault, and no serious injuries were sustained.

Fortunately, nobody was taken to the hospital, no police report was needed, and the property damage was to be handled privately, per law enforcement sources.

Tyler Perry also brought back the famous Madea character in the 2022 Netflix movie:

This movie was brought out two years after his last movie premiere:

A Madea Family Funeral. Tyler Perry stated that this was because we all needed a laugh considering everything going on in the country.

The Actor Behind Madea’s Voice

Mabel “Madea” Simmons debuted the Louisiana native in 1999 with a series of live plays that sold out venues across the US. Perry extended his business once Madea became a household name. Madea’s Family Reunion, Madea’s Family Funeral, Diary of a Mad Black Woman, Madea Goes to Jail, and other films were written, directed, and produced by Perry.

Does Perry Have Any Upcoming Work?

Tyler Perry doesn’t say much these days because he’s busy working on various projects. Tyler was said to be producing a prequel TV series based on his popular character Madea in April, as reported previously.

The show, which will air on Showtime, will depict his Madea persona’s beginnings, the same figure who helped launch his professional career and made him into a household brand. Additionally, Tyler has several written series that air on BET+ and BET, on top of his current work with Showtime.

The Bottom Line: Tyler Perry Involved in a T-bone Smash Up

In summary, Tyler Perry was extremely fortunate to escape serious injuries after a car accident in the film director’s Bentley SUV on a Wednesday night in December 2021 with a Honda Accord.

The other California driver, a female driver driving a Honda Accord, caused the accident after veering across three lanes of traffic, causing the Bentley to strike the driver’s side of the Honda. Her car hit Perry’s Bentley SUV as he was driving home from the airport.

But thankfully, both parties were absolutely fine, according to the press and police reports. The other driver cut across three lanes of traffic but had the integrity to accept fault.

The woman confessed to causing the car accident – the accident occurred while Perry was on his way back from Burbank airport.

If you’ve been involved in a car accident but sustained injuries, the Ehline Law Firm’s lawyers. We can help you fight back and obtain an award of adequate financial compensation to cover things like property repairs, medical expenses, lost wages/earnings, pain and suffering, and possibly punitive damages!

But don’t wait around, as sleeping on your rights after a smash-up means the statute of limitations to make your claim could expire, leaving you penniless with no means of survival. Call us today to receive your free consultation from a compassionate, caring car accident lawyer in Los Angeles.

There is no risk to you, and the consultation with a contingency fee lawyer costs you nothing. Call 24/7 by dialing (213) 596-9642, or feel free to use our convenient online contact us form today.