Why Can’t Cars Run on Water Instead of Gasoline?

There is a viral video on YouTube of a man pouring bottled water into the green belly contraption of a tank. 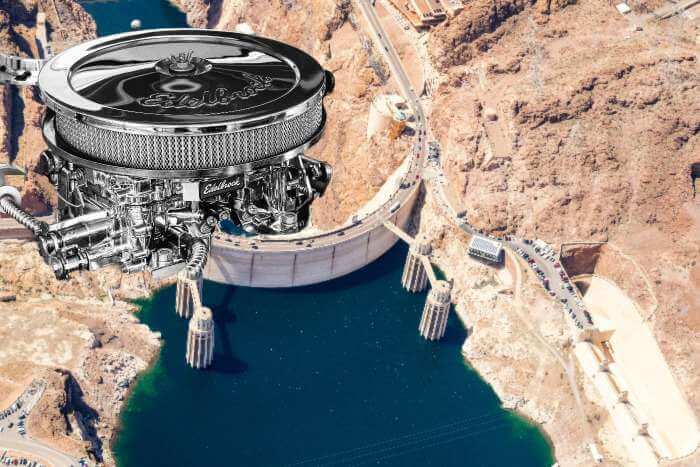 Is the social media rumor true? A: NO! Can cars run on water? NO! The viral video was followed by a caption saying, ‘everyone is complaining about gas prices, and mine run on water.’ To be clear, water-powered cars are make-believe nonsense. It’s a hoax that usually pops up every time gas prices spike, leaving car owners to wonder if alternative ways exist to power their cars.

Presently Instagram is leading the way with these crazy videos and Memes. As for conspiracy theories, oil barons would love to see the world continue using fossil fuels for their cars, but they don’t need to suppress the water-powered car theory because it’s not real. Another realistic technology where water is an integral part of the process is the hydrogen fuel cell cars, which are already on the roads, as depicted by Timothy Lipman, a Co-director of the Transportation and Sustainability Research Center at the University of California.

He says that water will be part of driving in the future, but you’re never going to pour water on your car tank.

The Science Behind Electrolysis

Going by basic science, an internal combustion engine usually burns gasoline to produce energy within its chemical bonds, creating byproducts like carbon dioxide. On the other hand, water can’t burn; therefore, you can’t pour it into the engine as if it were gasoline. However, water can be used as an automotive fuel rest based on the idea of a chemical process known as electrolysis.

The procedure will require an individual to separate water into its constituent parts, hydrogen and oxygen atoms, by electricity. Hydrogen is highly rich in energy and flammable. Burning hydrogen atoms to release that energy would combine with oxygen atoms to form water. Using electrolysis to split a water molecule is basic high school chemistry.

On the other hand, a fuel cell creates energy by combining hydrogen and oxygen atoms to get water as a byproduct – a well-established and understood technology. There are two mass-market hydrogen fuel cell cars on the roads today; the Toyota Mirai and Hyundai Nexo. Most water-powered car proposals usually combine two processes within one vehicle.

Generally, they’ll equip automobiles with an electrolyzer plus a fuel cell to create a loop. Hydrogen is then created by electrolyzing water that powers the fuel cell in a car battery using spark plugs, which creates water molecules as the byproduct that can be easily fed into the electrolyzer.

The Truth About Thermodynamics

While the process may sound simple, the truth is you lose a lot of energy through waste heat and other inefficiencies. This is the reason why you can never make a perpetual motion machine that produces free energy through a water splitter. Today’s electrolyzers are estimated to be 75% efficient at splitting water to create hydrogen and oxygen, which means a quarter of energy is released.

Even after getting the hydrogen, the fuel cell energy left is about 60% efficient at turning it into usable energy, which means an additional 40% of the energy is lost. Theoretically, building water-powered vehicles through these two steps is possible, but such contraption would require more energy, making it impractical.

Furthermore, burning hydrogen through this process takes more energy than a car owner can ever get back while burning in an engine. Energy can’t be destroyed, but it can be wasted in the form of heat. One can easily get this hydrogen through electrolysis, but it’s only 50-70% efficient.

The water-powered car has been in people’s minds for decades, with people coming up with inventions that tend to be boringly unrealistic about their limitations. Usually, they use ill-defined methods that circumvent the laws of physics. Moreover, they let the car powered by water travel a long distance on small amounts of water.

A good example is when a man claimed that subjecting salt water to a radiofrequency field would make it burn. Moreover, a company named Genesis World Energy obtained millions of investments to defy the laws of thermodynamics. It went on and on until the founder of Genesis World Energy, Patrick Kelly, was found guilty of fraud. He was then sentenced to five years in prison.

The most famous tale along the lines of water-powered car claims was from Stanley Meyer. In 1970, Stanley Meyer claimed he built a water-powered dune buggy; his design was to split water into hydrogen and oxygen, which used an internal combustion engine to burn hydrogen to reconstitute water vapor.

As much as Meyer’s water-fueled car worked in theory, in reality, it violated the laws of physics and failed to bring out a new source of energy. Meyer was taken to Ohio court, which ruled against him in a case brought in by investors. He died mysteriously at a restaurant, which gave way to rumors indicating that fuel giants murdered him, which kept the fuel water cell concept to continue to burn alive.

Another water fuel cell story came up in 1916 when Louis Enricht announced that he developed compounds that could run a car when put in regular water. He demonstrated the whole thing in Long Island, which was pretty much like a magic act. They were interesting claims to his theory that got a lot of investors on their toes.

Louis Enricht received a lot of money worth in investment. This, too, was an excellent old fraud. He used acetylene with cyanide to cover the smell of gas in his demonstration. Cyanide gives off an almond odor. The acetylene and water will generate electricity that’ll power the internal engines. On paper, Louis Enricht’s theory looked clean but wasn’t practical. The acetylene powers the engine for a while, causing a ton of damage to the engine through corrosion, plus wearing it out. Generally, using this procedure was more costly than using ordinary gasoline.

The car proponents were based on electrolysis. He was convicted of grand larceny and was jailed for seven years.

In 2008, a Japanese company claimed it invented a vehicle that could run in water and air. This company couldn’t go into details about the parts of the car but disclosed that the vehicle used an onboard energy generator known as a membrane electrode assembly to extract hydrogen in a chemical reaction similar to metal hydride and water. The science and technology magazine-Popular Mechanics described Genepax’s claim as rubbish, seeing that it presented REVAi electric cars to the press for demonstration.

Why Do People Believe in Water-Fueled Cars?

Lots of myths about water-powered cars are alluring due to the fact that it holds some truths to them. There are many attempts to make internal combustion engines more long-lasting and efficient by using water or hydrogen as addictive. Water is used as part of the emissions process to produce hydrogen for hydrogen vehicles.

The majority of hydrogen used by American industries today is created through steam methane reforming. This process treats methane (four hydrogen and two carbon atoms) with water in the form of steam. It then produces free hydrogen and carbon dioxide as a byproduct.

It’s quite possible in theory, but don’t imagine the whole process in a passenger’s seat on your electric car. Instead, imagine a farm creating cheap solar energy required to generate electricity for the future. It splits water into hydrogen and oxygen more efficiently than people do today.

This hydrogen and oxygen atom production can then be shipped through pipelines to help fuel economy. Hydrogen can be used alternatively to fuel and foster cost competitiveness, especially now that oil prices are on the surge. When you look at such a scenario, the procedure removes the dream of extracting energy from water to power a car.

The idea of using two hydrogen atoms and oxygen to extract the energy required to power a car is impossible. There’s no way the laws of thermodynamics would hold such a phenomenon as it requires more energy. It categorically depicts that a vehicle owner must pour water into his gas tank, turning it into hydrogen and oxygen to ensure the hydrogen is on board.

While at it, the engine would let the hydrogen recombine inside the electrolyzer. The chemical energy is stored in the car as it generates electricity, which is quite absurd.

There is no such thing as water-powered vehicles, as this is an impossible invention, but it seems to be a never-ending dream. Like any good fraud, there is some ingrained truth to it, making people always go back to this pipe-out dream.

Many people always fall for such frauds, invest a lot of money as seen, and are later duped. It’s important to always consult with experienced lawyers from Ehline Law Firm before making huge financial decisions that can nip you in the bud. In any case, if investors find themselves in dicey situations where they’ve lost money through fraudulent water fuel car schemes, they should contact Michael Ehline Law Firm lawyers at (213) 596 9642 to determine their options.