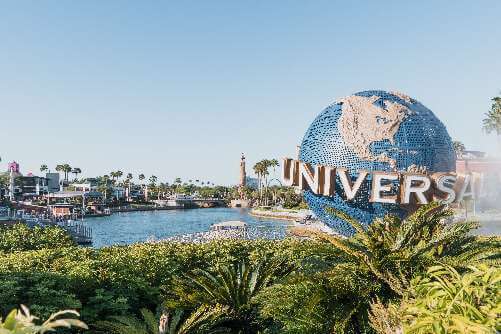 Suffer an injury or death at Universal Studios in Hollywood?

Receive a Free Consultation Today!
A day at Universal Studios will provide you with ample entertainment to leave the world and its worries behind for a day. Unfortunately, a theme park like Universal Studios is not 100% safe, and in 2019, the last reported figures suggested around 1,300 amusement park injuries in the United States across 400 different theme parks.
Contact Us Today
There is no doubt that injuries occur at theme parks, including anything from slips and falls to ride injuries. They immediately become the center of media attention whenever major amusement park accidents occur. However, minor injuries do not make it to the news or the paper. That does not mean that these types of injuries do not happen.

Regardless of how serious they are, accidents frequently occur at theme parks. Having a California amusement park lawyer on your side can help protect your rights and ensure you get financially compensated for your loss.

How to Document an Accident at Universal Studios?

It is straightforward to document a motor vehicle accident, but when it comes to writing an accident at an amusement park, it can be challenging. The sheer chaos and movement of people and activities can easily affect your opportunities to document the accident.

Let’s look at an example.

You’re at an amusement park when a protruding object from a ride injures you, dealing serious injuries. You might take out your camera to take a picture or video, but you may not have enough time to do so as other people start to get on the ride, or you may not realize you received injuries until after the ride due to an adrenaline rush.

An experienced Universal Studios injury lawyer can use various tactics to retrieve the relevant evidence to strengthen your personal injury case and help fight for your rights.

In most cases, any injury at an amusement park is primarily because of negligence on behalf of the staff working there. This could include poor ride design, faulty replacement parts, lack of inspection, and failing seat belts.

Ride operators must remain alert at all times and ensure the safety of the guests at the amusement park. However, they may overlook operating procedures due to distractedness or carelessness, putting the guests at risk of serious injury.

There are so many things that could go wrong at theme parks like Universal Studios, which is why these amusement parks are held to a higher safety standard.

Should You File an Amusement Park Injury Lawsuit?

Depending on the type of accident, you may suffer serious injuries requiring extensive medical care. With the state of our public healthcare system, treatment costs often skyrocket, leaving injured victims financially dry.

Injured victims face extensive medical expenses, but they also have to endure pain and suffering for an indefinite period, affecting their quality of life. An accident victim must not be responsible for any injuries and damage from an accident that was not their fault.

You have a right to claim economic and non-economic damage for your loss, and an experienced personal injury attorney can help you pursue legal action against the negligent party or theme park to recover financial compensation.

Ehline Law firm has over 30 years of collective experience helping over 3,000 injured victims obtain more than $150 million in compensation.

If you received injuries from a Universal Studios accident, contact us at (213) 596-9642 for a free consultation with our experienced personal injury attorney.

Check out our most recent car accident blog posts from celebrities crashing cars to everyday people getting run over, rear ended or otherwise colliding.