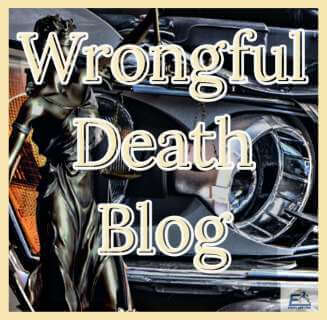 Murder is a criminal term used to describe an unjustified killing. But we work in the California Code of Civil Procedure realm.
Ultimate Guide to Compensation for Minor Child Death Claims
Need a Lawyer?

Sure, the criminal faces jail time or capital punishment. But who pays grieving families to cover the wrongdoing for things like loss of love and financial income? How much compensation will they get? Who will assist the survivors in taking legal action civilly to get their lives back on track financially? The most traumatic loss a person may have in life is losing a loved one. Wrongful death cases are promoted as a means of obtaining justice after the death of a loved one.

To better understand your rights as a victim of a Los Angeles wrongful death claim, our law firm will examine this fascinating but terrible area of law. The surviving family members of a child who dies due to negligence will suffer grief and mourning after losing such a dear loved one (deceased person.) However, surviving families must act quickly to bring the murderer to justice while also suffering emotional and financial harm to recover wrongful death damages from the person responsible.

Convicted or not, they are still legally liable. And our best Los Angeles wrongful death attorney can help once you establish an attorney-client relationship.

LGBTQ couples who lose a spouse may file a lawsuit in the Golden State under California law. Adopted or natural parents are therefore referred to as presumed plaintiffs, and the defendants in a wrongful death suit are those who are sued. To the lawsuit, they are “parties.” To our experienced lawyers, they are the defendants who must pay maximum compensation for medical expenses, pain, suffering, up to the victim’s life expectancy, etc.

Are Damages for a Parent’s Death Easier to Calculate Than a Child’s Death?

What happens if a California adult dies as a result of someone else’s gross negligence? Who can recover compensation for funeral and burial expenses on behalf of a deceased family member? Additionally, what if the adult was a parent or other financial supporter? First off, calculating the financial loss suffered by the claimant’s family is easier for your Los Angeles wrongful death lawyers than if a young child dies. Even with reasonable diligence, financial losses from losing a fetus or a child who died are almost impossible for most clients without superior legal representation and moral support in Los Angeles, CA.

Therefore, if bad behavior results in a parent’s passing, their child will have an easier time seeking compensation after car accidents and other mishaps in Los Angeles, CA. This financial compensation is for the loss of financial support, love, guidance, and care.

A non-lawyer may initially find the death of an adult strange in comparison to the death of a child. Now, allow us to try to describe how the law seems from the viewpoint of a Los Angeles wrongful death lawyer.

Let’s examine the law of death and evidence and see what a Los Angeles wrongful death lawyer can achieve. First of all, some children in Los Angeles are born without the ability to breathe oxygen. As a result, it is difficult to predict whether the youngster would have become a brain surgeon or a bum.

Even if your departed child had been accepted to USC, it isn’t easy to estimate or even speculate on the value of the contributions. It’s challenging to see what value your child may have added to your life as far as economic damages go. Therefore, it is difficult to estimate the lost future income you would have received from a child.

While it’s true that it will be easier for a law firm to demonstrate a loss of love and sense of community if the deceased was a well-known, successful trial lawyer or entertainer like Michael Jackson, your damages award would typically be more considerable.

In that instance, the adult’s surviving family members could probably demonstrate his income and the benefits they would have received during their lifetime. You will always need an experienced wrongful death lawyer to select the best experts. The facts supporting your case in wrongful deaths can then be expanded upon.

Above all, various developmental phases can affect how much damage there will be in the future. Thus, a pregnancy-related car accident may have contributed to a birth injury. It could also result from medical malpractice.

All documentation pertaining to the health of the mother or the infant, dating all the way back to the emergency room, should be gathered.

Their claims might be valid. However, if these witnesses don’t record their statements, they might leave the scene, forget, or perhaps pass away in a fatal accident. The most challenging element of obtaining economic damages in a wrongful death action is laying the groundwork.

Wrongful Death Claim of a Child Damages – Less Than for a Wage Earning Adult?

For example, most people in most cases consider funeral expenses when covering a family member’s death in Southern California to be a significant expense. Burying a body here is expensive. Surviving families experience lost wages, emotional distress, and other non-economic damages after the victim’s death. Compared to the costs of killing an adult, the damages for losing a baby or young child are pretty low. The lack of a foundation leads to restrictions for parents. In other words, it would be impossible to know how much the child would have contributed or loved.

Multiple factors at play would necessitate expert or jury guesswork. Loss of love or affection is still simpler to demonstrate. As we all know, every child shows love and affection. Either way, the deplorable insurance company won’t pay the estate’s personal representative unless you have a lawyer experienced in civil court claims to pursue the liable defendant on behalf of the injured plaintiff.

Even then, the adult who usually survives only recovers from love and affection loss. Potential economic costs are still included in the reward, including potential lost household services. What if the youngster earned a Harvard scholarship and was a genius? What would a reasonable person on a jury award heirs like the wife or spouse of the deceased parent who perished with the child?

Think about the Kobe Bryant case and the legal rights of his wife. A skilled attorney at our firm can help unwind everything so the survivors, including the putative spouse, can recover the damages they deserve against the liable parties after a loved one’s death. (Drunk driver in a car crash, medical professional, or another at-fault party.)

The parents would have an easier time pleading for financial support. However, even then, most children don’t contribute financially to their parents.

The Contrast in Wrongful Birth Damages

Essentially, the central issue in a wrongful birth case is the death of a child before birth due to someone else’s negligence. The burden of raising a handicapped or mentally challenged child rests on the parents or surviving spouse. They usually suffer excessive burial costs and medical bills after a car accident.

To reach the wealthy, they’ll file medical malpractice cases against doctors, hospitals, and other parties. They would also need documentation of the child’s behavior from infancy in order to prove harm.

Videos and audios of sluggishness, loud sobbing, refusal to eat, etc., all serve to support the argument. Unfortunately, gathering this proof is still tricky. Many parents live in denial.

As a result, they don’t record it in their journals. They still don’t want to record these things. Sadly, parents wish to forget these things. However, this supporting evidence can help an experienced wrongful death attorney in winning the case.

Damages recovery would include what the child had expected to provide to the households of the survivors or claimants. Victims can go after that potential financial reward. However, typically, it only changes slightly. It can be challenging to prove that the child would have been the principincome source, according to most of attorneys.

Receiving a major award usually indicates that the kid would have done well. As was already mentioned, parents can try to demonstrate that their baby would have made a good doctor, lawyer, or professional.

The Older the Child Wage Earner, the Greater the Potential Future

The survivors would be in a better situation if the child had grown up and become a successful businessperson. Cases involving young, talented athletes and performers come to mind.

These victims now have a claim for more money. However, it all boils down to this for juries. No fault of the decedent(s) caused their death. Thus, as a result of the wrongful death claims made in your Los Angeles lawsuit by your wrongful death attorney, this becomes a compensable loss for those alive.

The evidence and the Rules of the Court prohibit the use of speculation and do not imply that the parents’ recovery will be minimal. However, California courts usually approve smaller compensation amounts when a child is lost due to wrongful accidents. The result is the issuance of a remittitur. Below is a non-exhaustive list of potential legal damages a parent can pursue.

Payments to survivors may consist of:

Additionally, it makes up for the loss of benefits. Therefore, they submit an application if they would have been qualified at some point. Retirement, a pension, or any trust are a few examples (if the child had attained gainful employment prior to death).

It is also important to note that the California wrongful death statute of limitations is two years, and it begins on the date of the deceased person’s death.

A Few Factors to Consider in a Child Wrongful Death Lawsuit

The Degree to Which the Parent Was Dependent on the Child

This refers to situations in which the parent was receiving support. Essentially, this can be examined by financial professionals. Courts consider several variables when determining the level of dependency. Therefore, after death, some family members may seek compensation for damages. The circumstances of the survivor are among these items. Additionally, this includes information about their age and general health.

Typically, the nature of the parent-child connection will be simple to document. Relationships are still crucial if the child’s parent files a wrongful death lawsuit. However, some states are different. In California, however, the child’s prior regular support is fully applicable.

Yes, they contribute significantly to your monetary recovery. Therefore, the lost support goes beyond financial loss. It has both tangible and intangible aspects. Additionally, this condition aids in preventing absent parents from trying to recoup the necessary funds for both tangible and non-economic losses. They only receive what they deserve throughout their lives, whether short- or long-term.

As a result, they are unable to profit financially from the child’s passing. In other words, it protects against unjust enrichment. Our investigators offer compassionate assistance for all devastating child fatalities in CA.

Call (213) 596-9642 about any and all death instances that you and your family have experienced for a free consultation if you want to receive compensation for the negligent killing, disease, handicap, or deformity of your child. You can also use our online contact us form 24/7.